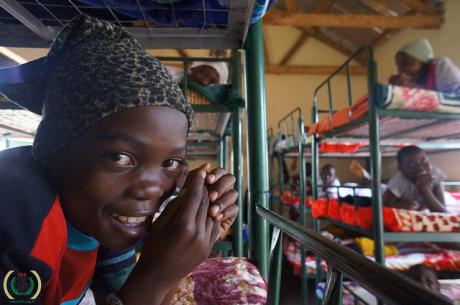 ‘Saving orphans’ has become an industry that irrevocably harms children and undermines the development of child welfare systems. We must replace the drive to rescue with the desire to protect.

On a recent flight from Amsterdam to Nairobi, I was wedged into a seat next to a chatty young man. He told me he worked at a group home for severely disabled children in Wales and was going on a holiday safari. He asked the purpose of my trip, so I told him I was doing research on orphans and child protection.

“Oh, we’re visiting an orphanage on our safari!” he said excitedly.

Oh boy. Our flight had just begun, so I figured I had eight hours to make him think through the irony of what he had just said: “You said you work at a children’s home, correct?”

“Would the home where you work allow a busload of tourists to pull up and spend the day hugging the children for selfies to post on Facebook?”

His eyebrows dropped into puzzlement. “Actually,” he replied, “we don’t even let the plumber in without a background check—and only then when the children are away on an outing.”

“So, what are you doing visiting an orphanage as a tourist??”

After discussing the many ways this jeopardises child protection and potentially worsens children’s attachment issues, as they get abandoned again and again by volunteers with whom they bond, he asked, “So you think I shouldn’t go to the orphanage, huh?”

What accounts for such cognitive dissonance between the protection of children at home and abroad?

Aside from the usual paternalism of north-south relations, charities’ child rescue narratives constantly place children of the global south in the position of needing ‘saving’ by northern benefactors. From organisations like ‘Save the Children’ to a prominent orphan movement in evangelical churches (which has been likened by critics to both colonial civilizing missions and slavery), these child rescue narratives not only create cognitive dissonance between the protection of children at home and abroad. They fuel the orphan industrial complex that makes orphans commodified objects for intervention, from tourism to mission trips to intercountry adoption (ICA). Orphans are now effectively being ‘manufactured’ to meet the demand of child rescuers.

I have been conducting research with children for two decades in Uganda. Since the orphan industrial complex set its sights on the country in 2009, the number of orphanages has increased five-fold, as have ICAs. Approximately 95 percent of the 800+ orphanages now operating in Uganda are foreign-funded, yet only about 30 of them are licensed. It is furthermore estimated that 85 percent of the children in Uganda’s burgeoning childcare institutions have living and locatable relatives.

This situation is not unique to Uganda. It is part of a broader pattern in the developing world that we see whenever orphanhood becomes commodified. Cambodia, for example, has had a terrible problem with unnecessary institutionalisation due to the persistence of tourists wanting to visit orphanages there. And yet Uganda currently has more institutions and more children in care than Cambodia, despite a drop in the number of actual orphans (even by UNICEF’s broad definition of an orphan as a child who has lost a parent). In both cases institutionalisation is alien to local cultures of extended-family and community child care. It is not, therefore, local culture or even poverty itself that is driving the establishment of orphanages and the institutionalisation of children. This shift has taken place due to the financial opportunities such an industry presents to agencies, orphanages, and middlemen.

Worse, the practice of ICA as a way to ‘save’ children and ‘give them a better life’ literally threatens itself. While films like Stuck decry the languishing of children in orphanages due to bottomless bureaucracies that keep eager adoptive families waiting, few in the adoption movement ask how these children got into these institutions in the first place. Yet, the pattern is clear: for every country that bans ICA due to corruption, another opens for business, drawing children unnecessarily into institutions for the financial benefit of intermediaries—and the detriment of children and families.

With the recent reduction of adoptions in Ethiopia and the closure of ICA in the Democratic Republic of Congo and Kenya, Uganda has now become a hotspot for ICA due to the use of legal guardianship as an adoption loophole. It is supposed to take three years to complete an adoption order in Uganda. However, court precedents have now made it possible for foreign couples to fly in to Uganda, obtain legal guardianship of a child (which is meant to be a temporary measure until children can be reunited with existing family), and fly back out with a child within weeks.

On a return trip from Uganda, I was caught on the jetway between a young white couple from Texas with a Ugandan toddler and a bunch of tourists who were praising them from having ‘done such a wonderful thing’. When they were asked how long they had been in Uganda, the couple rolled their eyes, and said, exasperated, “Six weeks!”

Six weeks!? I thought to myself, you’re supposed to be here three years to complete an adoption, and it takes the average Ugandan seven weeks just to get a passport! I knew that they had not actually adopted the boy. They had instead received a legal guardianship order with the intent to finalise the adoption abroad, and more than likely had paid a few bribes to get the job done. Yet, they were rolling their eyes at how long the process had taken, as if it was an annoyance to be in Uganda—land of their child’s birth—for such a long period and just wanted to get out of there.

Countless reports in US newspapers relate the stories of westerners bringing their ‘adopted’ children ‘home’ from Uganda, when in fact they have clearly applied for legal guardianship and not adoption. Some even gloss over the existence of biological family. No wonder some of the most vociferous opponents of ICA are international adoptees. As one Ethiopian adoptee said, “I wasn’t saved from Ethiopia; I had Ethiopia stolen from me.”

If we want to keep ICA as an option for children for who really need families—rather than for families who would like children—we have to address the cognitive dissonance that drives westerners to ‘save’ African children from the supposedly horrible fate of growing up in their own countries, communities, and families. This means confronting head-on the white saviour complex and all the uncomfortable echoes of colonialism and slavery that go along with it.

Part of the problem is also that the ‘rescuers’ often have far more resources that the local child protection officers who are working hard to counteract the negative effects of the orphan industrial complex on the development of a more effective child protection system that would prevent the unnecessary separation of families and institutionalisation of children. Unfortunately, the same people who would pay thousands for the privilege of visiting an orphanage or even tens of thousands to ‘rescue’ a child through adoption are often reluctant to help build communities’ and families’ capacities to care for their own children. And yet, if one really cares about children and their rights to family, community, name, and nation, then that is exactly what they should be doing. Charities and NGOs should be strengthening child protection systems rather than undermining them; supporting families instead of orphanages; dismantling the orphan industrial complex rather than fuelling it. We can only accomplish this by challenging the discourse of child rescue with the imperative of child protection.

Kristen E. Cheney is Senior Lecturer of Children and Youth Studies for the International Institute of Social Studies. Dr. Cheney has participated in research, consultancy, and capacity-building projects in Africa, Europe, and the Middle East on issues from children’s rights to youth sexual and reproductive health. Her current research concerns the political economy of the ‘orphan industrial complex’ and its implications for child protection in developing countries.