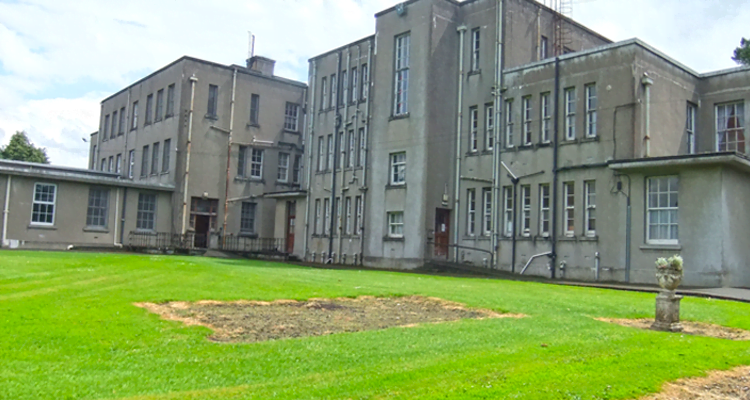 The third floor also had a few ‘private’ rooms where well-off families who could afford to pay handed over the huge sum of £100 for privacy and a speedy exit.

The Order of the Sacred Heart nuns arrived in Ireland in 1922 within months of the formation of the Irish Free state after the civil war. The Order was invited over from England by the newly formed Irish Government to deal with the problem of women having babies outside wedlock. They bought a 200-acre farm in Bessborough, County Cork, and began operating a Mother and Baby home. They later expanded and bought Conville House and grounds in Roscrea in 1930 which they renamed Sean Ross Abbey.

In late 1933 or early 1934, they bought the third and last of their homes; the old Manor House in Castlepollard, County Westmeath with 110 acres of land. They built Saint Peters, a three-story, 120-bed maternity hospital between 1935 and 1937. It was designed by T.J. Cullen (1879-1947). They received a grant of £65,000 from the Irish Government (a huge sum of money at the time) from the Hospital Fund which was the Fund for profits from the old Irish Sweepstakes.

For more visit here:  Screaming rooms and Banished Babies: The sad history of where I was born