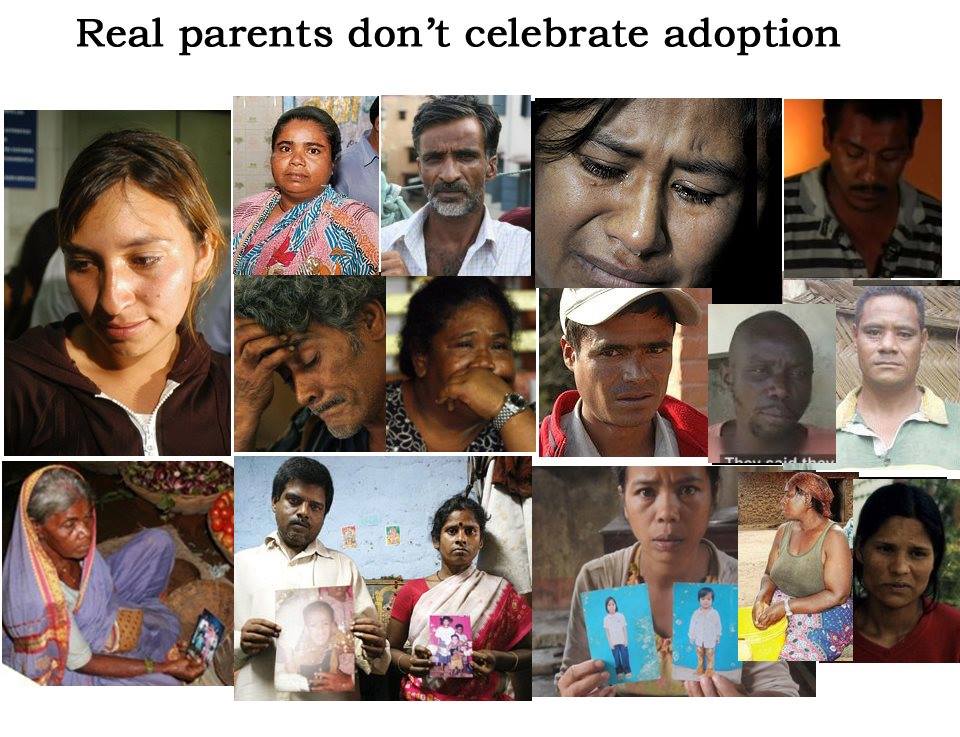 The ‘Speak up for South Korea’s waiting Children’ youtube video was made by an adoption agency’s CEO and a Korean Pastor in hopes of encouraging American’s support of gaining more children for international adoption. This is a response video to them. Agencies should not be allowed to label children as “orphans” unless the agency can provide proof with the death certificates of both parents and there is complete transparency into the adoption documents for all parties, especially the adopted persons. The majority of the estimated 220,000 South Korean children are NOT orphans but rather coerced out of mothers arms.  Coercion, convincing, manipulating, lying is now considered ‘normal’ for adoption agencies to do this in order to procure infants to meet the demand of the West. This is happening all around the globe. It’s time to protect families, NOT separate families.