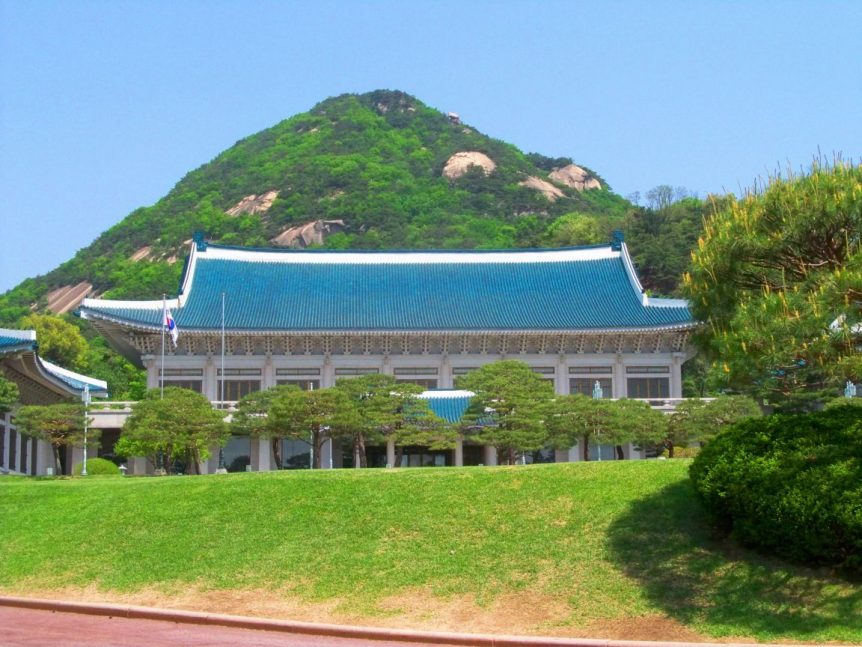 Peter Regel Møller is the front figure for 283 adoptees from South Korea, who are now demanding that the truth about their first year of life come to light.

Adoption: Imagine that one day you are told that you are two years younger than what is written on your birth certificate. That you weren’t born in the city you thought. And that your parents are alive, even though you have been told that you are an orphan.

“We cannot access our documents and we would like to dispute that our private and deeply personal information cannot be shared with us or the South Korean authorities because the agencies say it is their private property. But they belong to us.” – Peter Regel Moller

This is the experience that Danes adopted from South Korea have had in recent years, says Peter Regel Møller. He himself was six months old when he was put on a plane from South Korea to Denmark, and he grew up believing that he was adopted because he was an orphan and that he was born in the South Korean capital Seoul. But a handful of years ago, his life took a turn. Why do Korean Adoptees disapprove of the business of adoption today?

A twist which has meant that he, along with 282 other adoptees, has now asked the South Korean Truth and Reconciliation Commission to take up the case and investigate what actually happened when they were adopted away in the 1970s and 80s.

– In the documents that the Danish authorities and our parents have received, the adoption agencies have lied about our age, our hometown and that we were orphans. We have been adopted on a false foundation. It is about human rights. About the right to know one’s identity and origin. For my own part, I would like to know what happened in the six months before I came to Denmark, says Peter Regel Møller.

214 of those behind the request are from Denmark, where there are a total of almost 9,000 adoptees from South Korea.

Are Korean Adoptees Labeled as Orphans? An Investigation is Needed.

For several years, Peter Regel Møller and other adoptees from South Korea have met to eat Korean food in the revue quarter in Frederiksberg, and here the conversation fell on their adoption papers.

– The question “Why is there always something wrong with our papers?” slowly became more and more urgent. And more and more stories came out that someone had found their families, even though it said they were orphans.

Some have also found out that they have a different age – with a difference of one to four years – after digging into it, he says.

In the group, they started showing their papers to each other, made contact with Koreans who could read them, and familiarized themselves with South Korea’s adoption history.

Peter Regel Møller and the other adoptees had also started asking the adoption agencies for more information about their background and biological family. But the agencies would not give them an answer, he says.

In the spring, they had enough.

– We decided that this is not right. Now we have heard so many stories and we demand to know what happened. We don’t find ourselves in it.

It resulted in them founding the association Danish Korean Rights Group (DKRG), and the fight for the truth had begun.

Listen to BBC Sounds: Adoptees From South Korea Call For an Investigation.

As for Peter Regel Møller himself, he has found out that the story he grew up with is somewhat different in reality.

– I actually rested in the fact that I was an orphan – that’s just the way it was, says Peter Regel Møller, who grew up with parents who were very open about adoption.

But one day his eldest daughter asked if her grandmother was his real mother, because they don’t look alike, as she said. When he explained that he has a biological mother in South Korea, his daughter asked who she is. And then he decided to ask the adoption agency Holt Children’s Services for his entire adoption file, and it had to be the original, unredacted papers.

– Our background history is also that of our children, and their identity creation is inextricably linked to what we know about ourselves, he says.

But that was easier said than done. The adoption agency said they did not know where the original documents were, even when Peter Regel Møller went to South Korea for the first time in his life this spring, where he held a meeting with Holt Children’s Services. Many others have had the same experience, he says.

– This is also why we created the organization. Instead of each of us chasing our own tails and being played tricks on by the adoption agencies. We fly up in the helicopter and say that there is generally something wrong with this system.

What Are Families Separated by Adoption Saying Today?

However, Peter Regel Møller managed to find out more about his first past when he got a document from the adoption agency in which his biological mother is mentioned. The mother he thought was dead.

– My mother was a young girl in the house where she becomes pregnant, and when she is about to give birth, she takes the train south from Seoul. The water breaks in Nonsan, where the other passengers help her off the train to a maternity clinic, where I will be born, he says.

The document states that because Peter Regel Møller’s mother was unmarried, she could not take care of him.

– I can live with being an orphan, but if I’m not, it changes something in my identity. It turns one’s story upside down, says Peter Regel Møller, who says that several adoptees have found their biological family after digging into their adoption case.

Peter Regel Møller says that if you are registered as an orphan, it is because your parents have either died or you have been found abandoned.

– You are not an orphan when you know the parents and have detailed information. We have never been orphans.

The newspaper has submitted Peter Regel Møller’s story to Holt Children’s Services, including the allegation that lies have generally been made in adoption papers.

The adoption agency writes that they are aware of the latest problems Peter Regel Møller has raised about his adoption papers.

– The situation where he has not yet found his biological parents is regrettable, they write.

According to the agency, they gave Peter Regel Møller his adoption papers in 2010, which included, among other things, the place of birth and the circumstances surrounding it.

– And the same information was given when he asked us a few times later, writes Holt Children’s Services.

In their response, the adoption agency does not refer to whether in general, lies have been given or incorrect information has been given in the adoption papers of Danish adoptees.

In August, Peter Regel Møller was able to submit the 770-page request to the Reconciliation and Truth Commission, and in September, the number of pages increased to a whopping 6,000 because more adoption cases appeared. And the association DKRG continues to receive inquiries from adoptees who want to be part of the request.

This collection, compiled by Korean adoptees, is a tribute to transracially adopted people sent worldwide. It has been hailed to be the first book to allow Korean adoptees the opportunity to speak freely since the pioneering of intercountry adoption after the Korean War. If you were adopted, you are not alone. These stories validate the experiences of all those who have been ridiculed or outright abused but have found the will to survive, thrive, and share their tale. Adopted people worldwide are reclaiming the right to truth and access to birth documents. This book is a living testament to why previous “orphans” do not endorse the profitable Evangelical Orphan Movement. Those who work in the human rights field, whistleblowers, or adopted, will see the value of this book. After years of forced “positivity” led by the profiteers, it is time to be real. These are real stories from individuals no longer serving the adoption pioneers’ fanciful wishes and advertising campaigns. Read this book before you pay adoption agency fees. These courageous narratives could save you tens of thousands of dollars or prevent you from obtaining a child unethically. Be the first to read these narratives and join the ever-expanding Adoption Truth and Transparency Worldwide Information Network. It’s never too late to walk in awareness!