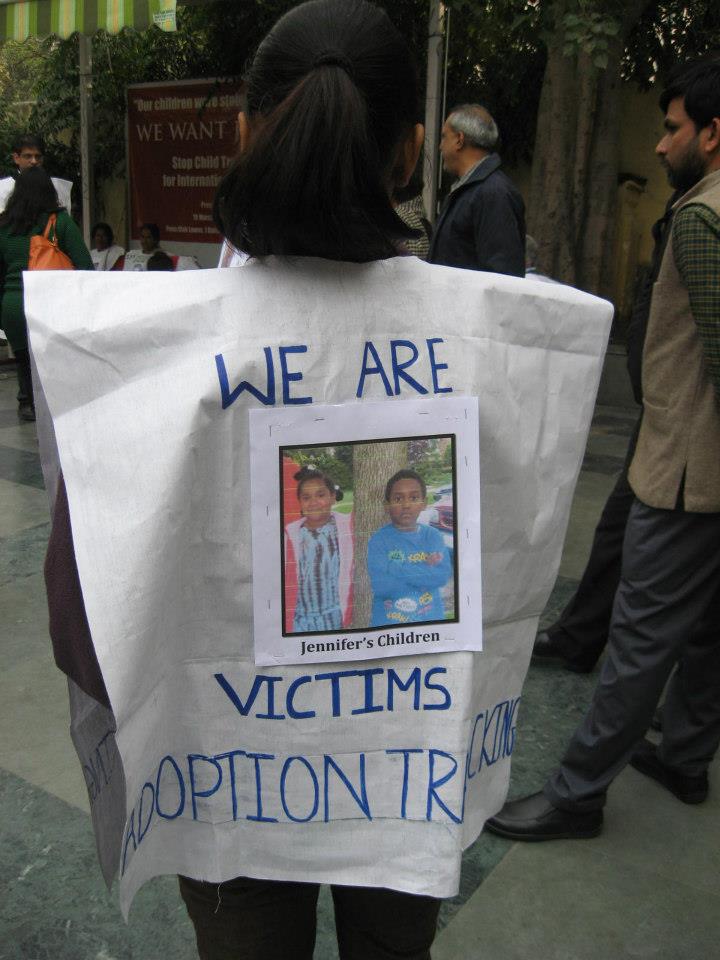 The Hague Convention vs. UN Convention on the Rights of the Child (UNCRC)

This video is an extremely informative presentation on the UNCRC vs. the Adoption Hague Convention.

The UNCRC does not export children. They take care of the children locally. Under the UNCRC, children have a broad set of rights, such as the right to education, the right to play, and the right to be cared for by their own parents. However, the adoption lobby set up an intervention called the Hague Adoption Convention.

Local Care is preferred over International Adoption (IA). If growing up in institutional care, it has to follow the UNCRC and be of high quality.

International Adoption is only permissible if the child cannot, in any suitable manner, be cared for in the child’s country of origin.

“Prior to Against Child Trafficking there was no NGO that dealt with children’s rights and the relationship to adoption and trafficking.” – Roelie Post

As the stakes were so high and the two conventions conflicted, the EU set up family law experts who were civil servants and not connected to the adoption business. The Ministry of Justice established an independent committee called the Joustra committee to study past adoption practices.

In February 2021, the report came out advising to stop IA because it cannot be done properly.

*Side Note: Romania was the first sending country that implemented the Hague Convention. Under the rules of the Hague Convention, intercountry adoption became a “child protection measure.”. Over the next three years, these intercountry adoptions skyrocketed from 500 to 3000 per year. It created a legal market for children.  Although Romania did ban intercountry adoption in 2005, nowadays, Romanian citizens abroad can adopt Romanian children, even from foster care. Because of this, Romania stopped IA and implemented the UNCRC. The adoption lobby was up and arms with the closure of Romania that they lobbied to reopen, and the commission and parliament started to work on a European Adoption Policy. They started working together on a deinstitutionalized campaign promoting the Hague Adoption Convention into the child protection system worldwide. The European Commission has taken over in with this position and promotes the adoption lobby itself. This has been clear in the 2012 conference. The UNCRC is Acquis, and the Hague adoption is not EU law.

With courtesy to ISS-SSI Geneva hereby the unofficial English translation of the Dutch report on Intercountry Adoption. This report makes a lot of waves since it basically announced the end of intercountry adoption. The Joustra Commission sees no further role for private adoption agencies.

Roelie Post‘s book, Romania for Export Only: the Untold Story of the Romanian ‘Orphans’, exposes the formation of an unjust legalized system called inter-country adoption, in which children are taken from their families and sent to foreigners.

By reading the book, I was given insights into how adoption lobbyists forcefully and subtly manipulate their agenda into countries—one country at a time. This particular book focuses on Romania. The author does not tell the reader what to believe, but rather we get to form our own opinion as we follow her experiences in the effort to protect the Romanian children between 1999 and 2006. Visit here to learn more about Roelie Post, the founder of ACT.

Against Child Trafficking has done research in Malawi, China, India, Ethiopia, and other countries, exposing one scandal after another; books and newspapers are all available on their website.

A Review of Romania: For Export Only: A must-read for the international adoption community.

“Roelie Post allows the reader a unique insider’s view regarding the politics of international adoption. It was an eye-opening account that not many are willing to share to the outside world. 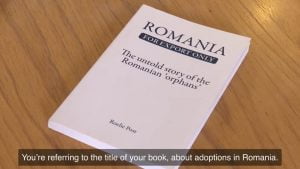 The untold story of the Romanian ‘ orphans’ gives an insider’s look into the adoption kitchen, where the most used ingredients are political pressure and emotional blackmail.

Never again can I look at the “black and white” pictures of the “poor orphans” that rely on us to “save” them with the same naïve eyes. This book offers amazing parallels with other international programs– including China. Ms. Post talks about the points system, safe-haven drops, attachment studies on orphans, media attention and the pressure from outside countries and NGOs to gain access to Romania’s children… all of which are familiar themes in many IA programs.

While it was heart-warming to know that there are many people who work very hard to preserve children’s rights, it is equally scary to understand the underlying situation that most will never get to see.

This is a must-read book for anyone entering the world of international adoption.”

The Intersection Between Child Trafficking and International Adoption