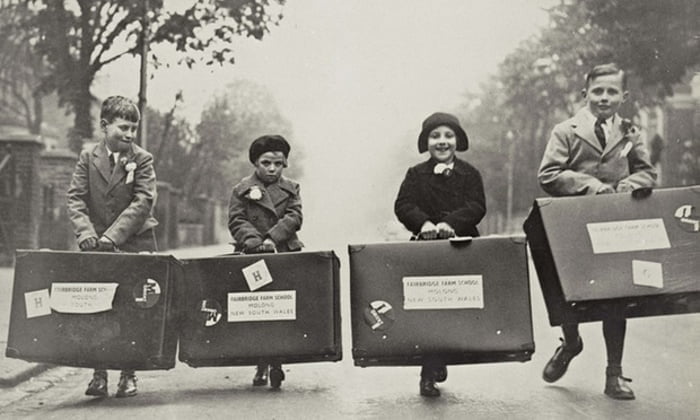 Up until 1970, the UK regularly shipped thousands of orphans and illegitimate children abroad to a life of virtual slave labour and, often, abuse. Giulia Rhodes meets two victims of a policy that robbed them of a childhood and a family

Sunday evenings were the highlight of the week when Tony Costa was a child. Then, he and the other boys living at Bindoon Boys Town, an orphanage run by the Catholic Christian Brothers in Western Australia, were allowed to watch a television film. Sometimes, says Costa, 74, Mario Lanza, the American tenor and Hollywood star would feature. “I ordained him the voice of hope. When he sang I felt I could keep going. It was the only good thing.”

Costa is one of an estimated 100,000 British children sent to institutions in Australia, Canada, New Zealand and Rhodesia (now Zimbabwe) under official migration schemes which ran until 1970. Most of the children never saw their families again. Many suffered years of systematic physical, emotional and sexual abuse.

Tony’s story is among those told in an exhibition opening at the V&A Museum of Childhood today. He and several other former child migrants have come to Britain to share their experiences. “We need to be heard so we never, ever see this happen again,” he says.

Tony was two when his unmarried mother took him to a London orphanage. She told the nuns she would come back as soon as she had the means to provide for him.

By the time she did, her son had been sent to the other side of the world. She was told simply that she was too late. It would be another 50 years before Tony even found out she had returned.

He was 11 when, in 1953, he set sail for Australia. “I was told I would ride on horseback to school and pick fruit from the trees. We were going to enjoy life.”

Official pictures from the time show groups of excited children, smartly dressed and smiling. As soon as the ship docked at Fremantle, a different reality emerged. Tony spent the next five years at Bindoon, where an Australian Royal Commission last year heard that boys were subjected to back-breaking manual labour, given little food or education and regularly abused.

“We lived in constant fear of being flogged or molested. We had no dignity or self-esteem. I would cry my eyes out at night and wonder what I had ever done to deserve such treatment when I had committed no crime. We were told we were the sons of whores, the lowest form of humanity,” says Tony.

Aged 16, Tony left Bindoon, taking a job in a factory, but only when he reached 21 was he given his birth certificate. “I learned my parents were called Kathleen Mary and Thomas Joseph, a Belfast man, and that I was born at St Mary’s hospital, Islington.”

In 1977, he traveled to Britain seeking some geographical connection and identity. “I just wandered about like a lost soul.”

In 2011, the film Oranges and Sunshine told the story of British social worker Dr Margaret Humphreys and her fight on behalf of child migrants. Tony wrote to the charity she set up, the Child Migrants Trust, and six months later was given details of an aunt living in Belfast. Both his parents were dead.

The revelation that his mother had tried to get him back was heartbreaking. “Knowing she wanted me – when I had been told she didn’t – was wonderful, but we were betrayed. The torment she must have felt haunts me. I could have had a normal childhood.”

Age does not diminish the pain of a lost identity, says Humphreys, international director of the Child Migrants Trust.

In 2010, a government apology was issued to former child migrants and a fund established to facilitate trips to meet relatives. It has been used more than 850 times.

“We can’t give back their childhood,” Humphreys says, “but allowing them at least to be able to say who their parents were, perhaps meet cousins, hear stories, understand the very few vague memories they may have is huge.”

Many former migrants only found out 50 or 60 years after leaving the UK that they were not war orphans. “That was perhaps the cruelest deception,” says Humphreys.

It is time, she says, the truth was investigated through an independent judicial inquiry. “The apology was the start of this country’s reconciliation with the children it sent away. Justice should follow. The migrants need to give their testimony and we need to hear it, while they are still alive.”

Marcelle O’Brien, 71, from Perth, in Western Australia, is another migrant determined to tell her story. Unlike Tony, she learned the truth just in time to meet her mother, who died in 2002.

“She was all hunched in a chair. Her mind was starting to go but I tapped her on the shoulder, knelt down near her and said, ‘Hello, Mum, it’s Marcelle.’ She looked at me and said, ‘Praise the Lord. I know who you are. Those bastards took you away from me.’”

The result of an affair, Marcelle was put into care as a baby and has vague memories of happy years with her foster mother and siblings. In 1949, just before her fifth birthday, she was sent to Australia. “I was told I was going on a picnic,” she recalls.

On arrival, her luggage was taken – “We had nothing left of England” – and she was sent to Fairbridge Farm, an orphanage in Pinjarra.

She remained there for 11 years, suffering regular abuse from the “cottage mothers” assigned to look after the girls. “You would be locked in a closet for hours, called terrible names,” she says, adding quietly, “I couldn’t mention some of the stuff.”

“I never thought I had anyone. It was easier without happy memories. I thought it was tougher for those who knew what they had lost.”

As Marcelle grew older, though, she began to dwell on the snippets of memory she retained. In particular, she wondered about Valerie and Kenneth, whom her foster mother had taken in at the same time and gone on to adopt. “We used to play together. We were about the same age.”

She placed advertisements seeking information – to no avail – in newspapers in Britain and Australia.

When she was nearly 50, she learned that her foster mother, whom she had always assumed to be her birth mother, had tried desperately to get her back so she could adopt her.

When the charity in charge of the orphanage refused, Mrs Chapman – by now also mourning the death of Valerie – appealed to the royal family for help. The then Queen Elizabeth, the late Queen Mother, wrote back expressing sympathy, but ultimately supporting the charity’s position.

Finally, through the Child Migrants Trust, Marcelle was able to trace her birth mother, who had changed her name. “To know I had a mother, that I have family, was incredible. She was my mum, I was desperate to see her,” she says.

By the time she met her mother, though, it was almost too late. “I had a few days before her dementia became too advanced. She was a frail old lady. I couldn’t ask her anything. I wouldn’t have wanted to upset her and she was too confused.”

She felt anger and hurt, but never towards her mother. “I felt deep compassion for her. I was so thankful to have met her.” With four children and 31 grand and great-grandchildren of her own, Marcelle can imagine the agony of giving up a baby. “It was only when I started my own family, when I had someone to look after and who might look after me, that I felt I belonged anywhere. That is when I learned what love is.”

Marcelle is now in contact with three half-siblings and several cousins, in the UK and Canada. “You can’t go back for a couple of weeks and cram a lifetime in, but knowing they are there, that we can talk, is wonderful. I have an identity, a past. I exist.”

More information, childmigrantstrust.com. On Their Own: Britain’s Child Migrants is at the Victoria & Albert Museum of Childhood, London E2. vam.ac.uk/moc