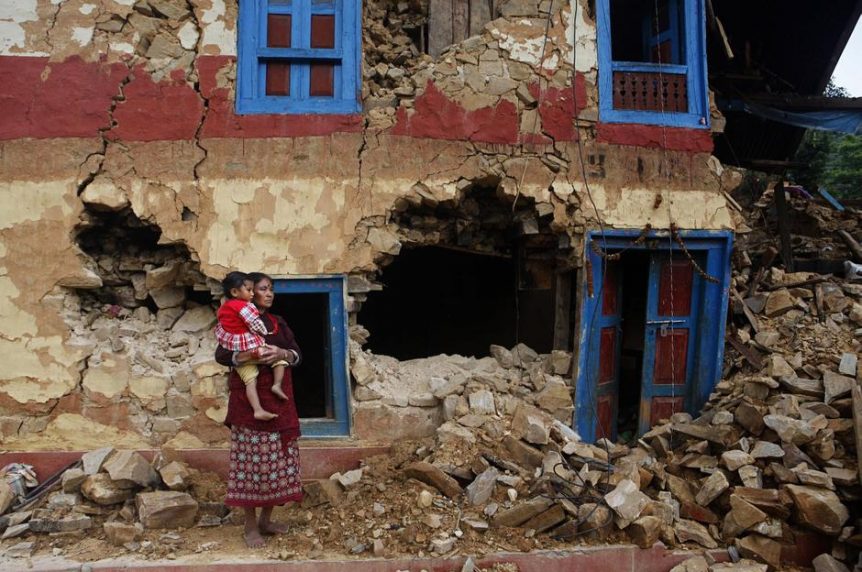 Chaos after the earthquake increases the risk that children disappearing and being abused by criminal gangs.

Another powerful earthquake struck today (13, May 2015) Nepal and led many to run out into the street in panic.

But the chaos that reigns in the country after two major earthquakes in less than a month – and countless aftershocks – will now have a new concern to spread in the Nepalese government and by many aid organizations.

The disaster has meant that children even more than usual trenches around alone on the street, which makes them easy victims for criminal gangs to make money to exploit them.

“The children may have been away for their parents, or the parents have no energy to take care of them in the chaos, which has now occurred,” says Karin Aaen, communications director of UNICEF Denmark.

She fears that many children and young people at risk of being kidnapped in the street by the criminal gangs and sold into prostitution or child labor either in Nepal or other countries. The children are also at risk after her evaluation to be sold to orphanages in Nepal, which then concocting a story that the children have lost both their parents.

“We know from other major disasters like the earthquake in Haiti a few years ago that children in emergencies are especially vulnerable,” said Karin Aaen.
Thousands of girls are traded

Nepal is one of the poorest countries in Asia and is already known to have major problems with the abuse and exploitation of children and adolescents.

The authorities in Nepal and international organizations estimate that criminal networks annually sells between 12,000 and 15,000 girls in typical teenage prostitution alone in neighboring India. But also in Nepal although prostitution is widespread in the country’s many massage places and in the red light districts, which exist in almost all major cities of Nepal.

In addition, there have been several scandals about the many children’s homes in Nepal because a large proportion of them made money, the good-hearted, but unsuspecting tourists visiting orphanages and put large sums of money in donations.

According to aid organizations, many of the children, however, are not orphans. Instead, the parents have agreed to sell their children because traffickers have sought out the parents and told them that they can have a better future by coming in orphanages.

It has not been possible to get a comment from the government of Nepal, but several employees both in Denmark and in Nepal from the UN Children’s Agency (UNICEF) says to Politiken that the Nepalese government a few days after the first earthquake two and a half weeks ago decided temporarily stop all foreign adoptions of children. This was to prevent criminal networks from taking advantage of the chaos and despair that now prevails.

“We are very pleased that the Government of Nepal has taken the decision, which came after we had advised the government to do it,” says Karin Aaen from UNICEF Denmark.

According to Unicef, the authorities of Nepal also issued circulars to their employees in all districts of the country to halt the construction of new homes and the existing orphanage to stop recording new children who claimed to have been orphaned by the earthquakes.
Desperate parents

Also, the aid organization Save the Children is pleased that the government of Nepal has stopped adoptions.

Earthquake disaster means that children may have become a financial burden for their parents, who could therefore have an extra incentive to sell them to orphanages,” says Jonas Keiding Lindholm, Deputy Secretary General of Save the Children in Denmark.

The decision of the Nepalese government will not directly impact the future Danish adoptive parents. Denmark stopped along with a number of other Western countries already five years ago adoptions from Nepal because of the widespread trafficking of children.

But Denmark is chairman of the association Adoption & Society Jens Damkjær skeptical about whether it is right just to slow for adoptions:

“We take the decision by the Government of Nepal noted. But the reverse is also wrong to stop adoptions if it means that children suffer or die if they have lost their parents and do not get the new parents that could have saved them. Therefore, it is not okay to Denmark for so many years had stopped adoptions from Nepal. Denmark is obliged according to the Hague Convention to help children who lost their parents. Therefore, Denmark and other countries work more on creating close discussions with the authorities of Nepal, which means that the children who need a new family also gets it, “he says.