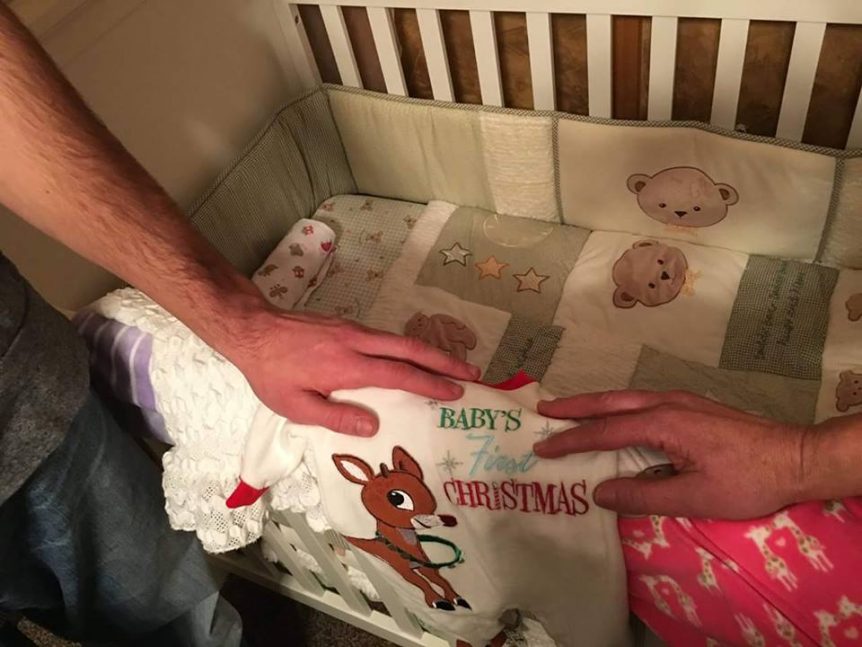 LOGAN — Utah’s controversial laws regarding a father’s rights in adoption procedures are in the spotlight again. On Friday, a 20-year-old man who claims he just lost his newborn daughter to an unwanted adoption began the legal fight to get her back.The attorney hired by Colby Nielsen called a press conference Friday afternoon to make his arguments to the public, saying the baby was legally taken from her father and placed with adoptive parents.

Colby Nielsen got emotional when he spoke to reporters about his 2-week-old daughter, Kaylee, recalling the times “she would lay on my chest and we would watch TV while she slept.”

The new dad said he and his girlfriend had agreed to raise their baby together, but after a week she wanted to place Kaylee for adoption. He told her he would raise the girl with help from his family.

“(It) makes me really proud to see him stand up and be a father and be nourishing,” said Teresa Nielsen, Colby Nielsen’s mother.

Colby Nielsen started the legal paperwork to raise the child himself, but on Wednesday night he was served with a court order and had to turn Kaylee over to adoptive parents.

“(I thought) if you put your name on the birth certificate and you have the paternity established, you are the father,” he said, “and I didn’t know about anything else.”

Wes Hutchins, Colby Nielsen’s attorney, said under Utah law, Kaylee’s birth mother was within her rights to place the child for adoption.

“You can do any of these things without any notice or consent from the biological father,” Hutchins said.

But the attorney argued there is a long list of recent case law in Utah supporting biological fathers.

“To take his child away from him after raising her for two weeks, or any significant period of time, is reprehensible — and it is contrary to the most basic notions that we hold dear as Americans,” Hutchins said.

He plans to fight the adoption in court.