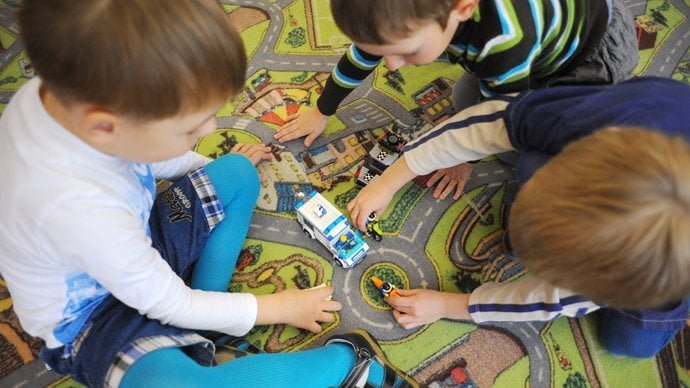 Norwegian authorities have snatched away a Russian couple’s young son after he shared the story of a missing baby tooth with his classmates. The parents are accused of child abuse.

The boy’s grandfather, Gennady Sharkikov, recounted the disturbing incident to LifeNews. On October 8, five-year-old Oscar Shianok did not come home. Norwegian Child Welfare Services (CWS) picked the child up from school and placed him into protective custody.

According to Oskar’s parents, Natalya and Sergey Shianok, a few days before his removal, Oscar had told his classmates that his mother accidently yanked out one of his baby teeth. Natalya explains that she was helping him pull a T-shirt over his head and accidently knocked out an already-loose tooth.

The CWS report claims his mother was abusive and deliberately knocked the tooth out.

Natalya and Sergey came to Norway from Russia looking for work and a better life for themselves and their two children. The parents quickly found employment and settled into a quiet life in Troms, a medium sized city in the north.

Natalya says that the family reached out to the Norwegian police for help, but were told that the missing tooth story was evidence of abuse and grounds for removing the boy from their custody. Police then began to ask leading questions about their younger daughter, Aleksandra.

The family left Norway in distress and returned to Murmansk, Russia.

The Russian Foreign Ministry said it would take action after the family reached out for help. Oskar’s grandfather contacted the Russia’s Children’s Rights Commissioner, Pavel Astakhov, who is now working alongside the Russian embassy in Norway to reunite the boy with his parents.

“For the moment Oskar remains in the care of a Norwegian foster family, and his mother has no idea where,”says Igor Lapitsky, head of the Russian consulate in Norway, reports RadioVesti.ru.

Irina Bergset, the director of Russian Mothers, an NGO which strives to curb foreign adoption of Russian children, explained that such situations are not unusual in Norway.

“In accordance with local laws, it’s as if Russian citizenship is null and void. They’ve declared everyone who happens to be on Norwegian territory a resident, and all the children to be property of Norway,” she explained.

CWS has attracted media attention and criticism for its overzealous invasion of noncitizens’ family lives in the past. In a high-profile case in 2012, CWS took two kids away from an Indian family amid criticism from human rights activists and the international press. It was only after diplomatic intervention that the children were sent back to India to live with an uncle.

Similarly, in 2013 CWS took a newborn baby away from a Nigerian couple claiming the mother was mentally ill and was not making an emotional connection with the baby because she did not make enough eye contact with the child.