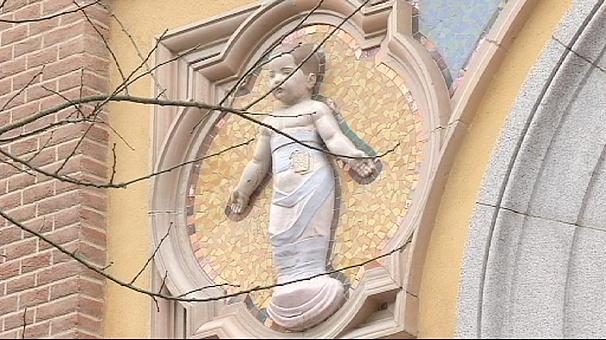 Stolen from their mothers at birth, sold to be brought up by another. We meet Juani and Paloma, two Spanish women caught up in Spain’s scandal of stolen babies. They’re among many struggling to come to terms with crimes done to them and their biological parents decades ago.

Advocates say there were thousands of false adoptions, beginning during the Franco regime. Money changed hands between doctors, nurses, priests, nuns, and foster families — who didn’t necessarily know the babies were stolen.

Juani, 48, wonders about her brother. He was delivered at the Santa Cristina Clinic in Madrid. But they told her mother he was stillborn. Juani thinks her brother is still alive somewhere.

Paloma Perez Calleja’s case is confirmed. She is now 57. She was a stolen baby. She had a DNA test done in 2004. She borrowed her adoptive mother’s toothbrush to do it. The proof left no room for appeal. She took that step as a result of a dispute.

Paloma said: “My mother told me I did not belong to the family, that my family was my husband and my daughters, and that her family was her sister and her nieces. When I was given to her, she had been told that my birth mother was a prostitute who didn’t want me.”

In 2010, Paloma brought a formal complaint through the Spanish courts. Others did too. The case was shelved. Now, however, Spain’s second-highest court has re-opened it. It considers it one of prolonged, illegal detention.

Paloma said: “I think the legal authorities and the police have to find my real family; I came out of this clinic two hours old; they have an obligation to find my biological mother.”

Juani Fernández has been searching for her younger brother for three years. In 1963, the Santa Cristina Clinic was under strong suspicion. The Spanish government, rather than hospitals or the Catholic Church, began regulating adoptions in 1987.

Juani said: “When it started to come out that babies had been stolen, Santa Cristina was mentioned all over the media. I knew my brother had died but I didn’t know whether he actually had been stolen from my mother. I looked for his baptism certificate. [Even stillborns were baptised.] And it was obviously faked. It never happened.”

Expert police analysis confirms that the document issued by the Archbishopric of Madrid is false. Other papers contradict each other on the time of the birth and death of Juani’s brother.

Beatriz Beiras, euronews: “To try and shed some light on the stolen babies scandal, we’re joined from Madrid by Guillermo Peña. You’re a lawyer and the spokesman for the advocacy group SOS Stolen Babies Madrid. The first thing that hits you about this is that it’s been going on since before the 1950s, until the end of the 80s. How can it have been possible to take babies and deliver them so lightly? Who decided, and why?”

Guillermo Peña: “I think a lot of it was inertia, that set in over the years, and so the people who were responsible were, presumably, those who furnished the babies’ identity paperwork: doctors, nurses and perhaps some employees at the civil registry. This sort of thing just carried on on the margins of political and legal developments in the country, so that this bad practice, this thirst for money lasted till the end of the 1980s.”

euronews: “The motive was economic?”

Peña: “There is no doubt. Maybe at first, in the early 1940s, there was a political goal, or even a twisted sense of charity, very badly thought out, but as the regime evolved economically, someone saw an excellent way to make money by stealing minors, mainly because it could be done without leaving a trace.”

euronews: “What are we talking about, exactly? Babies stolen from their mothers, irregular or illegal adoptions, selling?”

Peña: “Firstly, we’ve got families looking for their children who supposedly died in hospital and whose bodies they never saw, and who, when they look for civil registry documents they find there isn’t a death certificate, or that there’s no body buried in the graveyard. Then there are irregular adoptions, which is when it’s declared that the child’s birth parents are unknown, and that’s what’s written at the registry by another family through an irregular procedure, since the real biological parents never gave their consent for this adoption. In a third sort of case, we have children where it was written ‘parents unknown’ and who nobody ever adopted.”

euronews: “The people affected complain a great injustice was done, that they are not listened to, that their cases go nowhere. Why is it so complicated to give them justice? How far can they go?”

Peña: “To find out the truth about what happened, there are only two ways: to get all the papers from the birth clinic and the civil registry concerning the act when it took place, and to have a DNA test done. This is what the institution of justice asks for, what we the lawyers ask for, and what the victims themselves ask the hospitals to provide. Time and again, the hospitals say they can’t find the papers in their archives, the registry books that serve to trace the child. This delay, and having to petition repeatedly, prevents us from collecting the data, and without it you can’t put together a criminal case.”