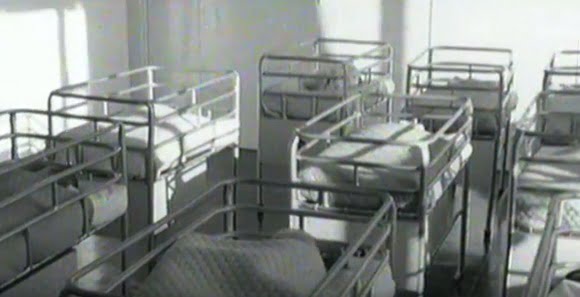 The atrocity of close to 800 emaciated children’s bodies buried in an Irish Nuns’ septic tank represented the 34th child mass grave site linked this week to the Catholic Church. Pope Francis was being prosecuted by the International Common Law Court of Justice (ICLCJ) in Brussels for allegedly trafficking 300,000 children of political prisoners through Vatican Catholic Charities during Argentine Dirty War. According to witness testimony last week some of those orphans ended up in a child mass grave site in Spain. Last year’s ICLCJ prosecution concerned 50,000 missing native Canadian children. There have been 32 child mass grave sites uncovered so far in Canada, most of them on Catholic-run native residential school grounds.

Unfortunately, the over 350,800 children suspected to be in Catholic child mass graves sites in three countries paled in number to Catholic Priest sex abuse victims across the globe. As of November 2013, over ten million Catholic Priest child sex abuse cases have been documented. These 10,077,574 cases represented a mere fraction of the total crimes committed. Only an estimated 10% of sex abuse victims were thought to speak out about their sexual abuse and just 10% of those cases saw the inside of a courtroom.

Amnesty has been offered to citizens or employees of the Crown of England and the Vatican willing to give sworn testimony or evidence that leads to the prosecution of top Vatican and government officials who may have committed crimes. For providing evidence rewards up to 10,000 euros or around 13,660 dollars were available through the ICLCJ court.

The Irish child mass grave site containing bodies of children from age two days to nine years was located at a now-defunct Catholic home for unwed mothers. According to death records, the little ones were fragile, pot-bellied, emaciated, and died as late as 1961 from malnutrition and infectious diseases such as measles and TB.

Children of the Canadian Catholic native residential schools were determined to have been murdered or died of malnutrition, human experimentation, torture, Small Pox infection or as Eyewitness Irene Favel testified in this video, were thrown into a furnace.

Favel claimed that in 1944 she witnessed a newborn infant incinerated by a priest at Muscowegan Catholic Indian School, Saskatchewan Canada. The child torture was documented for a court in Kevin Annett’s “Hidden No Longer”.

The Bon Secours Sisters ran the Irish mass gravesite and “mother and baby home” called St Mary’s in Tuam north of Galway city. The Catholic “home” had a reputation for children dying at a rate four times higher than the rest of Ireland. Unwed mothers were punished as “atonement for their sins” by being forced to give up their children and working for two or three years without wages.