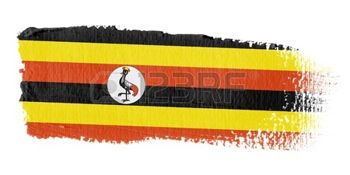 AMPALA, Uganda (AP) — Ugandan lawmakers passed a bill that says only Ugandans can be legal guardians of orphaned or destitute children, in a move aimed at stemming the rising number of adoptions by foreigners.

The bill eliminates a legal gap that allowed foreigners to apply for and get legal guardianship within days of arriving in the country, said lawmaker Margaret Komuhangi, who led a committee that examined the draft legislation before it was passed on Wednesday. The bill seeks to encourage more Ugandans to adopt needy children, she said Thursday.

The law sets tough new conditions for adoptions by foreigners, including background checks, and makes inter-country adoptions only permissible if the child has no known relatives and lacks a legal guardian.

The bill is necessary to protect children from traffickers and unscrupulous foreigners who seek to adopt children here, sometimes without having ever set foot in Uganda, said Marlon Agaba, a children’s rights activist.

“Someone would come here and apply for legal guardianship on Monday and by Wednesday they would have it, because it was given according to the discretion of a judge,” he said. “Actually the foreigner did not even need to be physically in Uganda to apply.”

The process of obtaining legal guardianship has been marred by corruption, he said.

There had been growing outcry here amid reports some families were being duped by lawyers to sign documents that assigned legal guardianship to foreigners, with some families believing their kids were going to study abroad and would be returning home regularly.

The new law ensures that adoption “is in the best interest of the child, not the person intending to adopt,” said Benard Atiku, a lawmaker who is a strong supporter of the legislation.