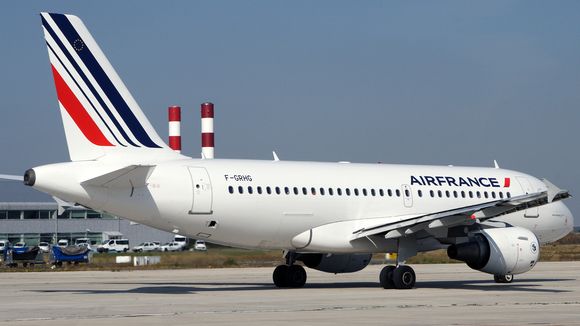 French authorities say they’ve launched an investigation after a child was found hidden inside a carry-on bag of an Air France passenger.

CNN reports a woman was arrested in Paris after allegedly trying to conceal the child in the bag, which she had brought on Air France Flight 1891 from Istanbul to Paris on Monday.

The Agence-France Presse (AFP) news agency writes “the child, a girl, was travelling with a woman who was in the process of adopting the child from Haiti.”

An unidentified source at Paris’ Charles de Gaulle airport told AFP the woman “apparently in the transit zone in Istanbul, and had crossed the customs checkpoint with the child, when she was prevented from boarding a flight with her,”

AFP’s source said it appears the woman eventually purchased a ticket for a new flight and allegedly put the child inside a carry-on bag in the hopes of avoiding detection.

Air France is said to have become aware of the situation after passengers on the woman’s new flight “spotted the child coming out of the bag” and alerted the crew, according to CNN.

Air France said in a statement to The Associated Press that the child did not have a valid ticket. Air France added it requested “the presence of French authorities on the flight’s arrival” to deal with the matter.

There were no additional details made public about the child’s identity. However, CNN says the child appeared to be between 2 and 4 years old, according to information from the Air France press office.

Ever wondered what it’s like to be adopted?  If so, visit here.