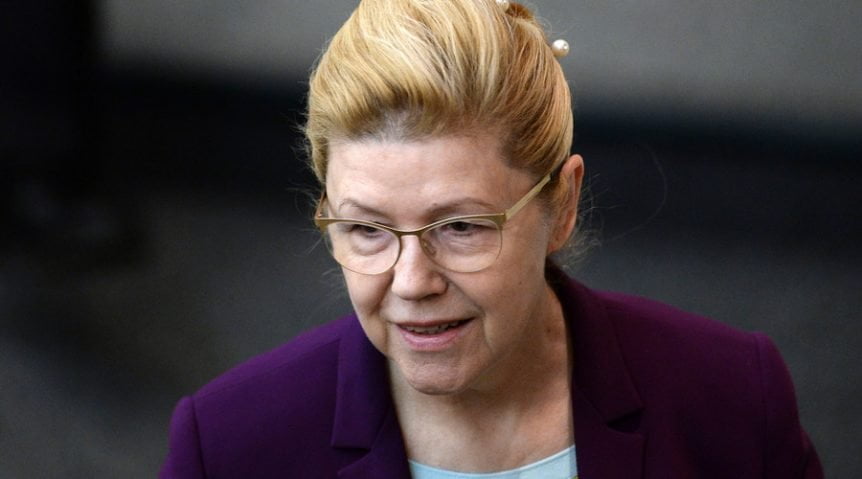 The recent scandal in which a Russian-born man sued the US couple who had adopted him as a boy over “years of sexual servitude” is more proof that international adoption is dangerous, upper house MP Yelena Mizulina has said.
“With regret, I have to state once again – with frightening persistence such incidents demonstrate the dangers of international adoption. It is practically impossible to protect a child from such situations when you are in another country,” Mizulina was quoted as saying by RIA Novosti.
Mizulina emphasized that providing help to adopted children is practically impossible in the United States as the authorities there refuse to provide Russian consular services with any information about adoptees, including the whereabouts of their adoptive families.

The comments came soon after US mass media reported that Dennis Flynn, adopted in Russia 14 years ago, had filed a lawsuit against his US adoptive parents, Ralph and Carolyn Flynn, accusing them of sexual slavery. According to Flynn, he was almost daily subjected to violence from his adoptive father and had sexual intercourse with his adoptive mother. The Flynns are currently facing dozens of sexual assault charges over episodes unrelated to those with their son. They were arrested in November last year but later released on bail of $525,000.

“It was the right step to pass the Dima Yakovlev Law [introduced in 2012]. This is the only way that allows us to control the children’s fates and offer them protection. Probably we should have passed it earlier,” Senator Mizulina noted in her interview with RIA Novosti.

The Russian Foreign Ministry’s plenipotentiary for human rights, Konstantin Dolgov, has also said that Dennis Flynn’s story was more confirmation that the problems in the adoption sphere in the United States had reached an enormous scale.

“The Flynn case again shows us the scale of problems that have accumulated because of US authorities fail to fulfill any international obligations regarding adoptions. We will continue our active work in order to instigate Washington to improve this unacceptable situation,” the official told reporters.

The Dima Yakovlev Law, introduced in in December 2012, forbids the adoption of Russian orphans by US citizens or by proxy of US organizations. The bill was named after a Russian boy who died in 2008 as a result of being left inside a car on a hot day by his adoptive American parents.

In 2013, Russian authorities imposed rules that would only allow cross-border adoptions to countries that had signed bilateral agreements with Russia. So far, only France and Italy have entered such agreements, although officials have reported that Spain and the UK could follow suit in the near future.

These steps have faced a lot of criticism from Russian activists and civil servants, including some government members. However, top officials including President Vladimir have called the US attitude to Russian claims a “humiliation” and have called for a state program that would boost domestic adoptions.