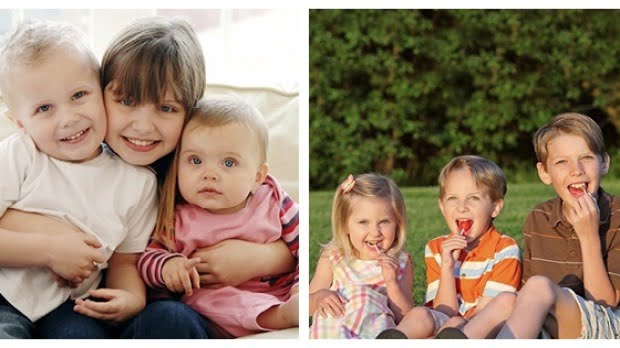 Children offered for adoption are being represented as photogenic child models with attractive personalities in a controversial internet advertising campaign run by a NSW government-funded charity.

The marketing campaign by Barnardos has infuriated an adult adoptees support group which claims it is akin to an online sale of children and misrepresents the character and looks of potential adoptees.

The web campaign, which features beaming child models alongside captions such as Owen “is five years old ..and can be a little chatterbox ..and has a delightful sense of humour” is being used to advertise children while avoiding breaching privacy laws which prohibit their identification. This week, 16 children were being advertised on the site using child models and the captions.

Australian Adoptee Rights Action Group earlier this month called for a halt to the online advertising by the charity which receives tens of thousands of dollars in government funding for each adoption it succeeds in arranging.

Group head Catherine Lynch described the website as being part of the “commodification of children” and not an accurate depiction of the children.

“It’s misrepresenting the child. Some of these children must have been through traumatic experiences having lost or been separated from their mums and dads,” said Dr Lynch, who is an adoptee herself.

Dr Lynch said the captions seemed to be aimed at a particular market.

“People all over the world can browse these sites and it’s on there fairly permanently. It will be hurtful to know that you were advertised with a post on the internet,” said Dr Lynch, who sits on the NSW Committee on Adoption and Permanent Care.

In a complaint to the charity she said: “We are aware models are being used and not photographs of the actual children but we do not consider this much different to any other kind of online sale.”

Dr Lynch said one heading that had been used on the page had also raised concerns.

“The heading was not ‘Vulnerable children in need of families’ but ‘We’ll help you create a family: adopt with Barnardos’.”

Dr Lynch said Barnardos was reported to receive about $40,000 for each adoption it succeeded in arranging.

Barnardos vigorously defended the advertising practice saying if it helped one of the children get adopted by the right family then they “stood by it 100 per cent”.

Barnardos chief executive Deirdre Cheers denied children were being treated as commodities and said the children referred to on the website were those that the charity had been “struggling to find a permanent placement for”.

“Some [of the children] have been in a temporary placement for two years or more with no prospects of a permanent home or a family to call their own,” Ms Cheers said.

“We are desperate to find families for these children and if an online campaign helps find the right families to care for them then we stand behind this practice 100 per cent.”

She said they had to explore all channels including online to find permanent families for the children “who have been removed due to chronic abuse and neglect” and “ruled by the courts never to return home”.

Ms Cheers said the models were used to protect children’s identities, which was stated on the website.

“We change specific details so the children are non-identifiable.”

She said the money reimburses carers, provides for case workers and organises ongoing contact with the child’s birth family.

It also covers legal expenses to present their case to the courts, she said.

Earlier this year, the NSW government provided $2.85 million in funding for Barnardos and the University of Sydney to establish an institution of open adoption.

Last year, Barnardos finalised 21 adoptions in NSW and since it became involved in 1984, it has arranged 300 in total.

For news on industry practices, go to Adoptionland.org.