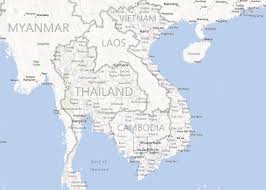 The number of orphanages in Cambodia has exploded to an estimated 600 in the past decade, despite a lack of conflict and social upheaval normally associated with such an increase.

UNICEF estimates that only one in five children are legitimate orphans.

It builds on a 2011 awareness campaign – children are not tourist attractions.

“Foreigners are the principle funders and they are being fooled by something they don’t understand.”

Research shows institutionalisation is bad for children and the younger they are the more harm it causes psychologically, with many developing attachment disorders, Mr Sutherland said.

‘Volun-tourism’ is a rapidly expanding sector but many travellers are leaving their common sense at home.

“Children are not objects, they are not cute things you visit, feel sorry for, give pencils and teach them `heads and shoulders knees and toes’ for the umpteenth time,” he said.

There is no shortage of people willing part with several thousand dollars for volunteer stints spanning weeks or months, but Mr Sutherland said few questioned where the money goes.

Many orphanages allow strangers to come in unvetted without police and background checks.

Keeping tabs on care standards and child protection regulations compliance is also difficult because many are unregistered.

Some are run by faith groups with proselytising agendas.

Mr Sutherland said volunteers often lacked transferable skills or formal qualifications in childcare, health or teaching, and were completely out of their depth.

Years ago, Mr Sutherland visited a Cambodian orphanage and was taken around by some British high school graduates who were volunteering.

He said he was horrified by the conditions, with cots jammed in wall-to-wall, flies everywhere and the smell of faeces.

A lot of the kids were sick and some were HIV positive.

“I watched a child die in front of me,” he said.

“It was something like out of a medieval painting.”

It costs nine times more to keep a child in institutional care than to keep them with their families, Mr Sutherland said.

He urged people to redirect their cash towards projects working to keep families together.

* Research – does the organisation operate for profit, is it registered, does it comply with local and international child protection regulations?

* Are you being asked to pay money for the volunteer stint? Where does the money go?

* Match your existing qualifications and skills with what the community or project needs.

* Short-term volunteer stints with no applicable skills might not benefit the community.

* Passing on your expertise through training locals is better.

* Learn about the region’s culture and customs before departure.

* Think about the long-term impact on children.

* Be aware some orphanages remove children from parents to profit from donations from abroad.

* There are other ways to help – donate to NGOs and support long term projects that are strengthening communities.