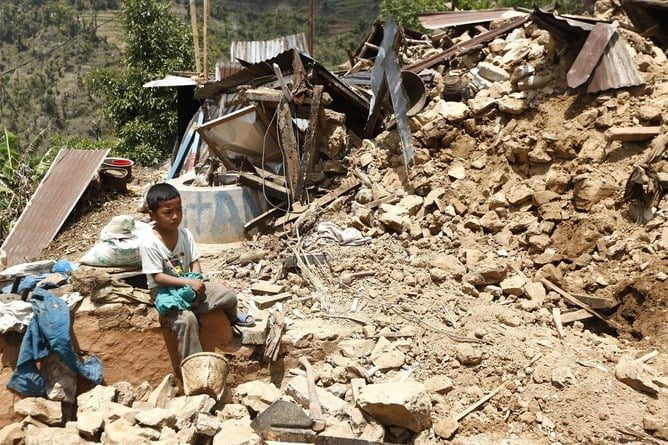 Following the earthquake in 2010, Westerners flocked to Haiti to “rescue” orphaned and lost children. The “rescue” included the evacuation of children by plane for inter-country adoption and an increase in the number of children placed in orphanages in the following months. The problem that has since emerged is that many of the “orphans” placed in orphanages and sent for adoption were not orphaned at all.  Many ‘orphans’ had one or both parents

As part of the earthquake response, the Haitian government expedited inter-country adoptions that were already underway.

They temporarily suspended any new adoptions in order to protect children. Scandal in Haiti soon erupted when 10 missionaries were charged with child abduction after trying to take 33 children out of the country without permission (as they were not orphans).

Another 53 children were airlifted by a US governor for adoption, only to find that 12 of them weren’t in fact orphans. The Haitian situation revealed inter-country adoption should hold a very limited place in the immediate disaster response.

Instead of housing lost children temporarily while families were located, orphanages became a permanent solution in Haiti. The problem has only worsened since 2010. Statistics indicate that up to 80% of 30,000 children currently in orphanages in Haiti are not orphans and could live at home with one or both parents.

It is a statistic that is shared by Nepal, which has just suffered an earthquake of 7.9 magnitude. Nepal already struggles with the issue of unscrupulous orphanage operators. Nepal’s children may become victim to the “rescue” mentality of people meaning well but potentially causing harm in the long run.

So, what can Nepal learn from Haiti and other natural disasters to protect its children in these post-earthquake days?

When disaster strikes, already vulnerable children are put even more at risk. Natural disasters can lead to children being separated from their families. There is a tendency to deal with this situation by placing children in orphanages.

The research shows that this action can result in the production of “paper orphans” (children who are orphans through virtue of falsified paper documents only) and can fuel the business model of orphanages.
The Aceh tsunami

Prior to the Haitian earthquake, the international community responded to the tsunami in Aceh in 2004. Unfortunately, it seems that the lessons from Aceh were not learnt in Haiti. In post-tsunami Aceh, there was also a huge increase in the number of children placed in orphanages.

Research showed that the explosion in aid following the tsunami was a critical factor in the increase in residential care facilities, or orphanages, being established.

The aid poured into orphanages from privately funded non-government organisations as well as domestic and international governments. In that context, 85% of children living in orphanages following the tsunami had at least one parent alive.

It was further determined that in 97.5% of cases the parents had placed their child in the orphanage for education purposes. This indicates other programs focusing on educational support, instead of orphanages, may have produced better outcomes for children.
Nepal learning from other natural disasters

Heeding these lessons, child protection organisations working in Nepal are focusing on ensuring that separated children are quickly reunited with their families and not placed in orphanages unnecessarily.

Agencies have created “Child Friendly Spaces” to help children work through the trauma associated with the earthquake, and also to monitor children that require assistance.

Fortunately, Nepal tightened its inter-country adoption laws in the past few years. There has been no immediate suggestion of relaxing them in order to expedite adoptions, as happened in Haiti.

There has also been a major focus on encouraging people to donate money rather than rushing to Nepal to volunteer in the aid effort. In the child protection space, the clear message is that orphanage voluntourism, where people volunteer in orphanages in developing countries, is not desirable or required.

It appears the message is beginning to resonate. People are starting to understand that good intentions can lead to harmful outcomes for vulnerable children. This is only amplified in the current situation.

Overall, it appears the response to the vulnerable children of the Nepal earthquake is implementing the lessons learnt from Haiti. Prior to the earthquake, Nepal committed to monitoring and closing unregistered and non-compliant orphanages. The hope is that as aid floods into the small developing nation, this commitment will be remembered, upheld and implemented.

Nepal and its children have a long road to recovery ahead. Let’s hope they, and the international community, are wise enough to implement the lessons from the past in order to protect the future of their children.

Source: Earthquake Orphans: What Nepal can learn from Haiti