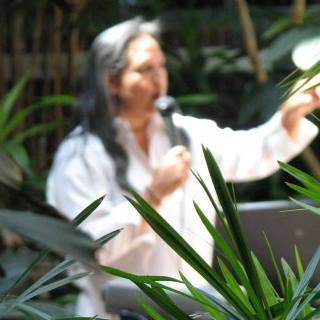 For decades, thousands of aboriginal children were taken from their parents, often without their consent or even their knowledge, and grew up never knowing their own culture.

But a lot of Canadians don’t know it.

“My parents who adopted me had no idea I was stolen,” said Nina Segalowitz, a child of what’s known as the Sixties Scoop. “They had no idea the scope of how many kids…had been stolen and were in the system.”

Segalowitz grew up in Montreal, the daughter of a white Jewish father and a Filipino mother. But she was born Anne-Marie Thrasher, in Fort Smith, Northwest Territories.

She was taken from her birth parents when they brought her to the hospital for treatment as an infant. Her parents, who had both attended residential schools, were asked to fill out admission forms, even though, according to Segalowitz, they were not very literate.

“They said, ‘Come back tomorrow morning. We’ll have medication for your baby,'” said Segalowitz.

“My mother came back the next day and I was gone.”

‘They were literally scooping children from their homes’

The term Sixties Scoop was coined by a B.C. social worker, Bridget Moran, who was concerned about how child welfare services were dealing with aboriginal children.

“She told a colleague that they were literally scooping children from their homes without any valid reasons,” said Raven Sinclair, associate professor of social work at the University of Regina in Saskatoon, and herself a Sixties Scoop adoptee.

Sinclair said the phenomenon began as residential schools started to shut down. At the same time, provinces began taking over child welfare responsibility from the federal government.

Between the 1950s and the end of the 1960s, she said the percentage of children in care who were aboriginal skyrocketed from less than one percent to roughly 40 per cent.

Segalowitz and some of her fellow adoptees from western and northern Canada were placed with families through the former Jewish Family Services in Montreal.

Segalowitz said she encounters lots of people who don’t know anything about the Sixties Scoop when she gives talks about her experience at high schools and universities.

“There’s a lot of people who are enraged by the fact that the government hid this from the Canadian population…the number of families that had been broken up and devastated by this,” she said.

It’s not clear exactly how many children had the same experience as Segalowitz. Between the 1960s and 1985, the federal government estimates that just over 11,000 children were removed from their families and adopted out.

But the real number may be anywhere from 20,000 and 50,000 children, according to Raven Sinclair, associate professor of social work at the University of Regina in Saskatoon.

“Child welfare practices sometimes labelled children as non-status or Métis,” said Sinclair, herself a Sixties Scoop adoptee. “And we believe that was in order to make them seem more adoptable.”

The number of children removed province by province is also unclear.

‘You were taken from us’

Many adoptees grew up never knowing that their parents hadn’t consented to give them up.

Lionel Kalisky was adopted into a Montreal-area family, after he was removed from his parents of Dog Creek, Lake Manitoba First Nation.

When he met his birth parents as a young man, he was angry and asked, “Why did you get rid of me?”

“I thought that [my mother] was just being defensive and telling me stories or whatever. But now that I’ve become aware of the scope of the situation, the Sixties Scoop, and how many people were affected by it. I see it.”

The province of Manitoba has issued an official apology for the Sixties Scoop. Class-action lawsuits have been launched on behalf of adoptees in  Alberta, Saskatchewan, Manitoba and Ontario, seeking compensation for loss of language and culture.

Sinclair said she would like to see all adoptees given proper access to counselling and psychological services.

“Ask yourself, what would you think would be appropriate reparation if you had been taken away from your family as an infant or a toddler and didn’t see them until you were in your 20s,” she said. “What is that worth?”