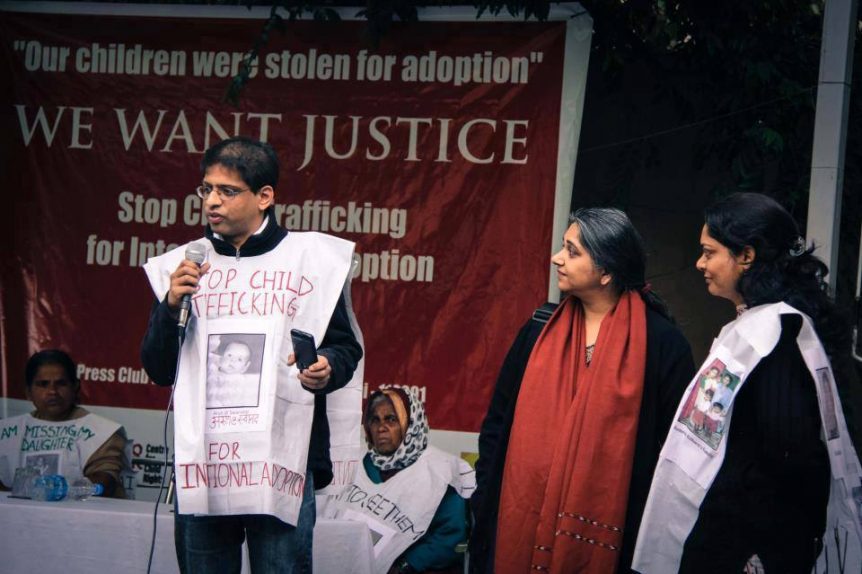 Dohle, 43, was two months old when his mother surrendered him to a Pune-based adoption agency. A couple from Germany later adopted him.

Years later, when he returned to India to search for his biological mother, the agency refused to share any details. Dohle moved court. The matter reached the Supreme Court before he finally got a lead.

All he got was his mother’s name and the address where she lived in 1973 but did eventually track her down.

Spurred by such cases, the women and child development ministry has now come up with a directive making it mandatory for adoption agencies to maintain records and reveal the details if any adopted person wants to trace his or her roots.

“Usually, the first reaction of the adoption agency is to say we have no records. This attitude has to change,” a ministry official said.

This is the first time since 2011 – when adoption guidelines introduced a provision to allow such root searches by people whose birth parents had not requested anonymity – that the ministry has come up with such a directive.

Till now, it was not mandatory for agencies to reveal or even record adoption details.

Sources said the Central Adoption Resource Authority (Cara) would now create a database with details of every child adopted from the country.

“Every record of the child must be kept by the agency. In the case of a surrendered child, details and address of the person surrendering the child, the hospital the child was born in, the birth time and so on. If he was abandoned, (the database should record) where he was found, when the child was brought in, and by whom. And a copy of these records will have to be maintained by Cara too,” minister Maneka Gandhi told The Telegraph .

The new guidelines are also aimed at tackling another possibility – that a child may have been stolen and given up for adoption.

Maneka spoke about a 22-year-old from Holland, who realised while tracing his biological parents that there was no hospital record of his birth on the day the adoption agency had given as his date of birth. On that day, the minister said, there was only one birth record – that of a girl.

“We are planning to keep the DNA of every child given up for adoption with Cara,” Maneka said, adding the agency was working on the plan.

Anjali Pawar-Kate, a member of Against Child Trafficking, an organisation that conducts root searches for adopted people and was instrumental in locating Dohle’s mother in Pune, said keeping a child’s details and DNA was not enough.

“We had suggested to the government that the DNA of every child along with the person surrendering him/her should be kept in the database,” she said. “How can keeping only the child’s DNA help if there is nothing to match it to?”

Pawar said DNA records of both the child and the person surrendering the child would reveal if they are related. “We also suggested that the child’s and the mother’s DNAs should be registered. That can be done by anganwadi workers. However, we were told that it would be too expensive.”

Pawar, who has since 2009 helped some 50 people find their birth parents years after being given up for adoption abroad, said children adopted by Indians rarely asked for root searches.

“Most kids adopted in India are not told they had been adopted, so the question of root searches doesn’t arise. However, children sent abroad in many cases have been found to have been stolen or put up for adoption without the parents’ consent. It is here that root searches become necessary for the child,” Pawar said.

A senior ministry official agreed. “Every adopted individual has the right to trace their roots,” the official said.