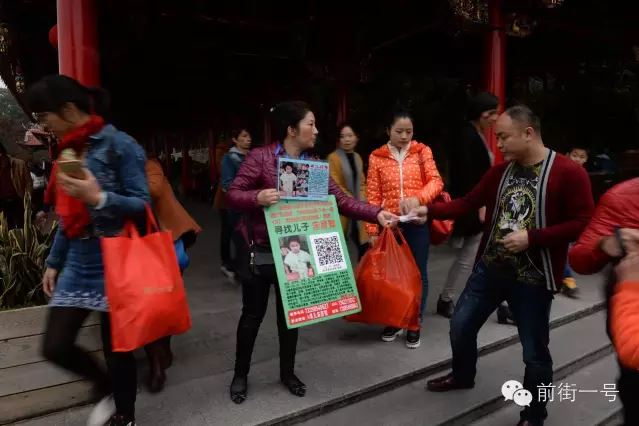 Even as a child Song Yangzhi somehow felt that he was adopted, even though his parents never told him directly. When he was little, he could recite two poems that his parents never taught him, and other kids called him “orphan boy.”

It turns out that Song’s instincts were right: he was kidnapped as a young child and spent 25 years being raised as the child of parents who weren’t his own, until his mother finally found him recently.

They had a tearful reunion on March 4, after Song and his adopted parents saw a picture of a missing child that closely resembled Song when he was little. A DNA test later confirmed that the woman was his biological mother.

The two had, in fact, almost re-united back in 2011, when he read about a woman looking for a child with a mole on his left arm and a birthmark on his left buttock. (She had mis-remembered: it was actually on his right arm and right buttock.)

The reunion was emotional for Song, who broke down in tears throughout. “Please stop crying. I’ve stopped crying,” his mother said. “I am so happy to find you. You’re going to break my heart if you keep crying,” Zhang Xuexia said. It was the first time she’d laid eyes on her son since 1991, according to the state-run Jinhua Times on March 5.

It was too late for Song’s father, though. During the Chinese Lunar New Year in 2006, Song Huainan, a driver for a hardware company, killed himself by jumping off a building after leaving a note with the words “I only want my son, Song Yangzhi.”

Song was merely three on Dec. 29, 1991, when he was kidnapped by a human trafficker. The kidnapper had given him candy, which caused him to pass out.

It took place right near where the family used to live, outside a theater at Duyun in Guizhou Province.

The trafficker sold Song (it is not clear for how much) to a couple in Guangdong.

His real parents traveled throughout south China, and to the capital, Beijing relying on scraps of information gleaned by police about child trafficking cases.

Zhang used to hang a placard on her neck with a picture of her son and hand out flyers, hoping to get even the faintest of leads.

Song is himself now a father of two sons. While he has found his biological mother, he said he’s grateful for how his step-parents raised him. “With their help, I got a very good education. And I was treated no differently to their own children. I often think that if I were brought up in a different family, I wouldn’t be where I am today,” Song said in an interview with Jinhua Times.

Trafficking in children has taken place for decades in China, and young boys, in particular can sometimes be in demand from parents who have only give birth to girls. Websites like baobeihuijia.com (literally “baby come home”) allow parents and adopted children to register profiles and try to reconnect with one another. There are 24,400 parent profiles on the site now, looking for their children; over 19,100 adopted children have registered with the site in search for their real parents.