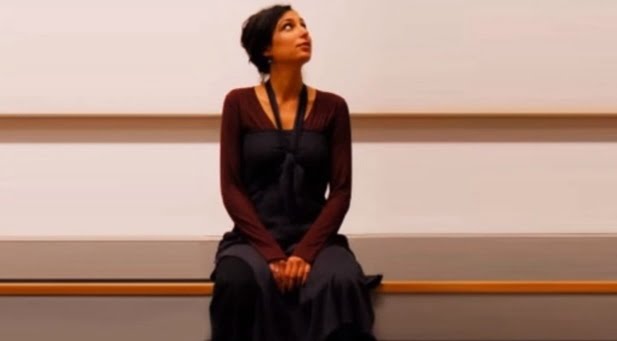 Nearly 10,000 adoptees have been given to foreign parents since the 1960s but many face huge obstacles discovering their origins.

BEIRUT – It was a life-changing day in September 1963, when a young American woman entered Beirut’s St Vincent de Paul orphanage and was shown to a row of children in their beds. Back in the US, she had been told that she was unable to have a baby. The adoptive mother-to-be asked who the quietest baby was, and the nuns pointed to three-week-old Daniel.

The nuns were right; Daniel is still very calm. Fifty-three years after that September day, he talks in an calm, measured manner his beard unable to hide his sweet smile. Slowly, he recalls the events of his adoption and for one moment, closes his eyes, thinks, and continues: “At that time, the post-Second World War adoption wave had finished, but there was a new market for children from Korea and some parts of the Middle East.”

Adoption: A symptom of imperialism?

Contrary to the dominant discourse, adoptees see their lives in a different way. Some believe that they are victims of “the multi-billion-dollar adoption industry,” while others evaluate cross-border adoption as “an economic and political crime”. When adoption takes place in countries such as Lebanon where there is a dysfunctional governing system, it becomes more difficult to hear the voices of the adopted children.

Daniel Drennan is one of about 10,000 Lebanese children who have been adopted by non-Lebanese parents since the 1960s. In 1963, an American couple made a long stopover at Beirut’s airport. There, the couple saw a group of nuns with babies and talked with them about the possibility of adoption in Lebanon. “They were told, ‘Come back in a month, and there will be a baby for you.’ They were not told there ‘might’ be a baby, but there ‘will’ be a baby,” Drennan stresses.

In 2004, Drennan returned to Lebanon determined to discover his biological heritage. He went back to the St Vincent orphanage and re-checked the police affidavit. He returned a decade later and took the genealogical DNA test. However, it was all in vain, because the papers regarding his abandonment were apparently falsified.

“The name that I have on the police affidavit for abandonment on a beach is the same name that I was later given in the orphanage,” Drennan explains to Middle East Eye. “Also, whomever I talked to in Lebanon told me that no one would have abandoned me on a beach because they could simply leave me in an orphanage.

“The story only makes sense to me if I think of it as a criminal act that needed to be covered up. There are two possibilities: the first is a child born out of wedlock in a home for mothers and babies; the second is a kidnapping from a hospital.”

After his return to Lebanon, Drennan started a new life in Beirut working as a professor at the American University of Beirut and as a graphic designer. Since December 2015, he has also conducted research at the Asfari Institute with a focus on the impact of adoption on Lebanese society. For Drennan, he does not conduct research about  adoption solely because of his own experiences, but because of his wider interest in scrutinizing international adoptions as a phenomenon which is symptomatic of imperialism.

“When we investigate the cases of adoption from Korea, Vietnam and China, we notice that adoption has become a way to bring in the idea of humanitarian imperialism,” he says.

“The adoptive society is loudly announcing that we are coming to save your children because you cannot take care of them. And, of course, they ignore the fact that child poverty in, for example, the United States is about 25 percent,” he adds.

According to Drennan, adoption is akin to practices such as slavery, apartheid and other ways of forcefully removing people from their original locations. “I am not an adoptee who is only fighting for adoptees’ rights,” he explains. “The rights that I am fighting for belong to people who are under similar circumstances. Rights of people like the Syrians who work in my neighbourhood, and my Palestinian students at the university.”

“It was a rape. Finally, my mother told me everything,” Dida Guigan, who was born in Beirut in 1984 and taken to Switzerland the same year, says without fury. “But should we hide it? We’ve had enough keeping secrets; let’s talk about it, let’s solve the problem, and turn the page. This is what I wanna tell Lebanon.”

Guigan, a singer who returned to Lebanon aged 26, recalls her story using a deep and strong voice like the one she uses in one of her fusion songs. After a decade-long search, she found her biological mother, but it took her more than four years to learn what exactly had happened at her birth.

She was born at Rizk hospital in Beirut in 1984, at a time when the Lebanese were trapped in a new phase of the country’s 15-year civil war. The French-Swiss couple who were to be her parents received a fax from Beirut telling them that a baby was ready for adoption.

Her birth certificate indicates that the Swiss adopters are her biological parents. “It seems that my inter-country adoption was planned before I was even born,” Guigan says. “According to my papers, I was not adopted, and my adoptive mother gave birth to me. With these papers, my new parents went to the French embassy in Beirut, registered my name and received a passport for me.”

At the age of 18, Guigan started searching for her origins, a long, traumatic odyssey that led her to leave Switzerland and resettle in Beirut. Learning Arabic and discovering every corner of her place of birth, she went to Rizk hospital several times and heard the same response, that “she was not born there”.

In 2006, Guigan found another way to unearth the truth. She went to the hospital’s archive pretending that she was in search of a friend of whom she had lost track of during the civil war. The archivist opened the files for her, and it was all there: her real date of birth, her weight at birth, her name, and the address and telephone number of her biological mother.

It was not the end of her search though because there was no sign of her mother either at that address or in other parts of Lebanon. Her excavation of her origins continued until 2012, when she finally found her birth mother.

“Every single step of searching for our origins is one of enormous psychological pressure,” she says. “We were separated from our mothers in the very early days of our lives. Infant separation from mothers has had a very grave influence on our lives. That’s why it is hard for us to trust others, and we don’t feel like we belong to any community or country.”

Guigan’s personal experience and her determination to shed light on the issue of cross-border adoption led her to establish Born in Lebanon, an NGO based in Switzerland that assists other adoptees who are in search of their origins.

“We all need to work together, even with those people who are in orphanages and those who are hiding our origins,” says Guigan. “And sometimes we need to work secretly because an entire system tries to hide the disturbing truth.”

Lebanon is not the only country in the world that loses its children by falsified documents. David M Smolin coined the term “child laundering” to refer to the practice of international adoption, which is widely affected by manipulation of the legal adoption system. In a study, Smolin explored how inter-country adoption legitimizes the practices of “buying” – “stealing” or “kidnapping,” children from their birth parents, “processing” and “trafficking” them as orphans, and selling the children to new parents.

In 1993, The Hague Convention on the protection of children and recognition of their rights in inter-country adoption was concluded, and two years later it came into force. The convention aims to protect children from trafficking and exploitation. However, a report from the International Social Service (ISS) reveals that almost two-thirds of contemporary international adoptions are not legally governed by the treaty.

The ISS’s report declares that “child abduction after an armed conflict” – including “baby farms,” “child harvesting” and “child trade in orphanages” – are grave threats to children in vulnerable situations.

Herve Boechat, a Swiss lawyer and expert on children’s rights in the field of international adoption, explains that cross-border adoption “is not a black or white situation”. In his opinion, the meaning of adoption should be better understood.

“Adoption is a child protection measure, an option to be considered when a child needs it,” he says. “It’s not an answer to infertility problems, it’s not about ‘saving children,’ it’s not about addressing consequences of poverty and natural disasters or wars.

“Never forget that what you’re doing now will have consequences for the rest of your life. How are you going to tell the story of adoption to your child if money was involved in the process?”