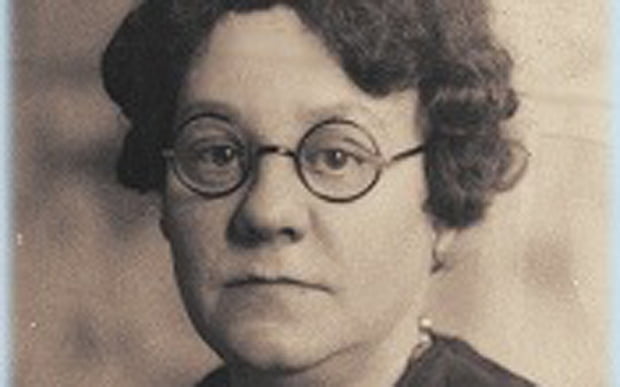 They call themselves Gertie’s Babies, but they are all ageing adults now, connected only by the furtive manner in which their lives began as part of a thriving black-market trade in new-born infants.

There are more than 20 known members of the “club”, men and women who were sold as babies by Gertrude Pitkanen, an illegal abortion practitioner and midwife who conducted her business in the small Montana town of Butte for 30 years.

But they are now using advances in DNA technology and website genealogy services to try to track down the relatives whom they never knew existed and learn about the family roots that were long hidden from them.

For many, it is a race against time as Mrs Pitkanen ran her operations from the 1920s to the 1950s, so they and their unknown biological siblings are already growing old.

Her dour features highlighted by her small dark glasses, a Doctor of Chiropractic provided back-street abortions, sometimes botched, for pregnant women but she also offered another service – delivering babies that the mothers felt they could not keep and then selling them on to new adoptive parents.

She struck deals to sell the newborns for as little as $100 (£67), rising at times to $500. About two dozen people, mainly in the American West, have discovered that they are “Gertie babies”, but the true number will never be known as there were no records of her operations.

Sue Docken pieced together some details of her start to life from the parents who lovingly raised her. It was late at night in May 1951 when the couple pulled up their car outside a nondescript three-storey brick building in Butte.

The husband was driving while his wife toyed with the baby blanket in her lap. They had been told that they could adopt a new-born infant there, a child they would raise and love as they had been unable to give birth to one themselves.

The man remained in the car while his wife entered the building. There she met Mrs Pitkanen and was given a baby girl, just hours old, as well as the afterbirth. In return, she handed over $500 in cash.

Ms Docken’s adoptive mother peeked through a curtain to see a woman lying in a bed and then hurried out of the building. Her parents later told her that they threw the afterbirth out of the window on the way home.

Other Gertie babies have learned similar details of their births and adoptions over the years. But many are now trying to unearth more about their identities, often seeking information about their genetic pool to help with medical problems.

“Gertie’s Babies harbour no ill will against Gertrude Pitkanen nor their real parents,” said Mable Deane, who set up the group.

“Gertrude Pitkanen is deceased. Many of the adoptive parents are deceased. The need for secrecy is past, and it’s time for the pieces of the puzzle to come together.”

Tracking down biological relatives long seemed near impossible. Now, however, DNA-matching research sites such as ancestry.com and 23andme.com are providing fresh openings as people can submit cheek swabs in search of a match with others who have also sent samples.

Heather Livergood, 69, told The New York Times that she was brought up by loving parents but she wanted to learn more about her past after her father told her that her parents adopted her in a motel room for just $100 in 1946.

She eventually found a cousin through a DNA match on ancestry.com and then pieced together the rest of the story, finally learning that her birth mother became pregnant by another man while her husband was away fighting in 1945.

For Mrs Livergood, the search ended recently with a reunion with two half-brothers whom she never new existed. But Ms Deane and Ms Docken have had no luck tracking down any biological relatives.

Mrs Pitkanen, who trained as a chiropractor and was married to a doctor, was charged three times with manslaughter or murder after women died during botched abortions.

But the charges were dropped each time and she was widely believed to hold a “black book” of secrets about Butte’s politicians and business leaders that protected her from prosecution.

And Mrs Pitkanen took the secrets of those operations to the grave when she died in 1960.

Source: The American babies sold for as little as $100 in black-market adoption trade.

To get a copy of Adoptionland: From Orphans to Activistsvisit here.