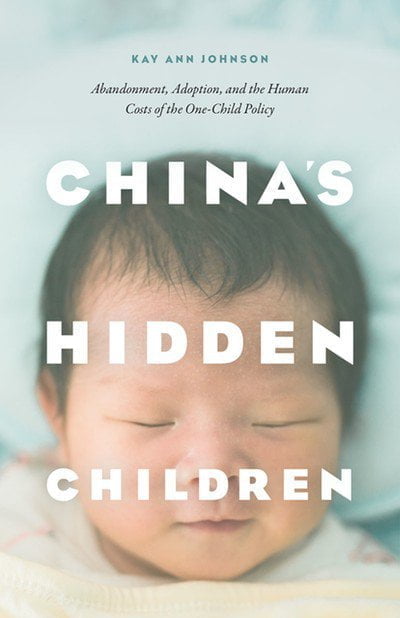 In 2011, when I was researching a book on international adoption, I met a man who made the incredible claim that he had founded a benevolent child-trafficking ring in China, whisking baby girls away from near-certain infanticide to the safety of North American adoptive homes. Because of what he described as widespread Chinese disregard for daughters—so undervalued, he contended, that he’d seen infant girls’ bodies stacked in a government warehouse—he said he’d developed a network of baby smugglers around China. They transported infants in duffle bags from rural provinces to cities; then onto airplanes with women pretending to be their mothers; and, ultimately, into the loving arms of adoptive families in the West.

I didn’t pursue the story. Too little of what he said checked out; too much seemed like exaggeration or outright fabrication. But something about his claims stuck with me: In what other context, I wondered, would a person boast that he was trafficking children, except perhaps when the country he was talking about had been cast as a place where girls were universally considered “maggots in the rice” and were said to be “dumped on the streets like kittens in a sack”? Was this man’s tall tale based on a long-established, starkly black-and-white narrative about China, its daughters, and international adoption?

In the 1990s, author and Asian Studies professor Kay Ann Johnson set out to investigate this narrative. After years of field research that involved interviews and questionnaires with more than two thousand families in an unnamed rural region in central China, she’s unpacked a number of misconceptions and misrepresentations in her new book, China’s Hidden Children: Abandonment, Adoption, and the Human Costs of the One-Child Policy. (Johnson teaches at the college I attended and I’ve interviewed her in the past about her research on international adoption.)

Johnson began studying Chinese adoption after she adopted a Chinese daughter 25 years ago. This was a period when much of the U.S. was scandalized by media representations of China like those in the 1995 documentary The Dying Rooms: Asia’s Darkest Secret. The film was created during the harsh middle years of China’s “one-child” population control policy, the 1979 legislation that strictly limited family size. The goal of modernizing the country by sharply reducing births soon led to abuses. Parents found to have “out-of-plan” children were penalized, and government orphanages began to swell with “over-quota” children.The Dying Rooms brought attention to the warehouse-like conditions in some of these orphanages. But it did something else too: It popularized the image of deeply patriarchal Chinese families who blithely discarded their daughters in pursuit of a son, and of a Chinese culture so hostile to taking in other parents’ children that Chinese girls faced no other option than being adopted abroad.

What Johnson and her research associates found, however, as they interviewed thousands of Chinese families, was that this picture was far from complete. Talking to rural Chinese parents who relinquished daughters, other rural families who took those daughters in, and a third, almost entirely unrecognized category of parents—those who hid over-quota, unregistered children from population control officials—Johnson learned that few families in the region used the expression “more sons, more happiness” that was supposedly typical of Chinese son preference.

By contrast, many of those two thousand families spoke extensively of their desire for both a daughter and a son, since having both, they said, would “make a family complete.” This idealized family was so important that, for years before and even during the one-child policy, many parents who only had sons adopted daughters in order to thus “complete” their families. And where daughters were given up, among the families Johnson met, it was never casual, but almost always an agonized decision that, in the context of government repression, could hardly be called a choice. It wasn’t the people, in other words, so much as the policy.

Original source and the rest of the article go to NEW REPUBLIC.