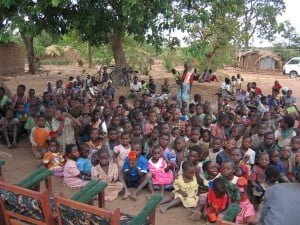 International adoptions have an illustrious façade, conjuring images of couples saving a hungry, orphaned child and living happily ever. While imagining international adoptions as a corrupt business is abhorrent, connections to child trafficking have recently arisen. Accordingly, the State Department reports that though Americans adopted 22,991 international children in 2004, the implementation of The Hague Convention on Intercountry Adoption brought about a precipitous drop to 9,319 adoptions in 2011.

Over the past decade, Western investigative journalists led by Scott Carney have published on hidden realities. Despite the illusion that there are more orphans available than parents looking to adopt, there is insatiable demand for children from the developing world, particularly healthy infants.

With this enormous market, many opportunities exist for profit seekers. Promises of astronomical adoption fees motivate orphanages to ensure a steady supply of children. This causes orphanages to resort to drastic measures, even occasionally paying kidnappers directly. According to Carney’s reports in his book The Red Market, the problem is particularly rampant in impoverished Asian countries. Malaysian Social Services, located in Chennai, India, has paid about $236 per child, while China’s Hunan Province hosts institutions that openly purchase children openly for up to $350. Western adoption agencies are not immune from temptation either. Notably, employees of Zoe’s Ark, a French charity, attempted to fly 103 “Sudanese war refugees” from Chad in 2007. Police later determined that most of the children had been taken unwillingly from their families in Chad.

The Persistence of Corruption

Michele Goodwin, law and medicine professor at the University of Minnesota, tells the HPR, “The costs associated with adoptions can be quite high—staggering—and people are willing to pay them. And there are people who know there are individuals willing to pay it. That in it of itself opens up the potential for corruption.” The convention’s most salient flaw is failing to limit the amount that couples in developed countries can pay for international adoptions. Until profits in the adoption industry are sharply reduced, it is difficult to imagine an end to practices that effectively amount to child trafficking.

Because of both faulty bookkeeping and deliberate manipulation, there is no reliable source on how much adoption corruption takes place. Therefore, it is impossible to concretely determine whether actions reduce corruption, as the only available statistic is the number of children adopted abroad. Michael Thorner, The Hague Conference’s Director of the International Centre for Judicial Studies and Technical Assistance, told the HPR that, “With international adoption, most of the problem is that people often view the decrease in international adoptions as a negative effect of the intercountry adoption convention. There’s actually a drop in adoptions because more proper procedures with more safeguards are actually being added.”

The persistence of tracking problems, profit motives, and demand for children ensures that corruption in intercountry adoption will remain. This does not mean however that international authorities should give up fighting adoption corruption. Thorner continued, “There have been real successes. And I think looking to the areas where we have had success, where we have developed effective transnational partnerships… we should model along the lines of where we’ve been achieving and I think we can have a real impact in these domains.”

No Western official wants to tell couples that their child had been stolen at birth, and is now being claimed abroad by the birth parents. However, according to the United Nations Protocol to Prevent, Suppress and Punish Trafficking in Persons, a child adopted by families without the biological parents’ consent is considered a victim of human trafficking. Yet, most people in developing countries do not have the means to launch investigations to find their children, and faulty documentation exists. Indeed, Cumberland Law School Professor David Smolin adopted two girls from India, but after they arrived, he discovered that the girls had been stolen from their mother.

Given the persistence of demand for international adoptions and ubiquitous corruption, policymakers are convinced that reform must occur. Without renegotiating the terms of the Intercountry Adoption Convention though, no individual nation’s policy improvements will sufficiently impact one of human trafficking’s most under-reported manifestations. Goodwin believes, “For sure one of the ways in which we can resolve this is if the United States, through either monetary pressure or political pressure, makes it clear to other governments that we don’t support these practices.” Only with a reinvented international framework, genuine policy innovation, and cooperation from adoption agencies in the developing world can concerned leaders expect to surmount the global problem of child trafficking.