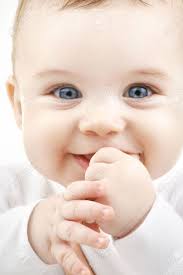 South Carolina’s Post and Courier has a bizarre and heartbreaking story today about adoption scammers, who are tricking desperate childless couples and then vanishing. The truly weird thing: some of them aren’t doing it for money, but instead, as the paper puts it, “for the sheer sport of breaking some stranger’s heart.”

The Post and Courier’s feature is long and deeply reported, speculating that there are maybe a dozen very professional scammers, doing some truly next-level stuff in the service of pretending to be pregnant:

Experts believe about a dozen women across the country, including two in Upstate South Carolina, dupe prospective parents with make-believe babies. They troll popular adoption websites; pass along phony ultrasound images; spin convincing, although fake, sob stories; even pretend like they’re writhing in labor, only to vanish when their lies fall apart or they grow tired of the game.

Reporter Lauren Sausser worked on the story for six months, she said on Twitter (the written feature was produced alongside a podcast). In doing so, she managed to identify two people she alleges are engaged in repeated pregnancy scams.

One is a 21-year-old South Carolina woman named Kayla Roach, who denied to the paper that she’d ever run an adoption scam. So did April Renee Lusk, 42, also of South Carolina, who Sausser says may be “the most prolific adoption scammer on the internet:”

In almost every case, victims said Lusk invented a newborn baby — one that she has offered up for adoption over and over to parents who want nothing so badly as a child.

“I get a call about her, generally, every couple of months,” said Emily McDaniel Barrett, who practices adoption law with Lowndes. “She’s driving everybody nuts.”

Both Melissa Carroll and Joanna [another victim of the scam] said Lusk posed as “Avalyn” to fool them. Other victims learned her name by tracing phone numbers and sharing details with their friends on closed adoption boards. She’s identified in an Oconee County Sheriff’s Office report as a suspect in adoption scams, but has never been criminally charged with committing one.

Lusk is accused on a Facebook page called Avoiding Adoption Scams, where posters allege she has been using photos of her own son for years as a would-be adoptive baby.

Sausser also reports Lusk was previously convicted of second-degree harassment for convincing a stranger on Facebook she had cancer. She paid a small fine.

While some scammers may be engaged in adoption ruses on a larger scale, adoption scams themselves aren’t new. Groups like America Adopts have tips for avoiding fraud, including asking for ultrasounds (although those can be fake) or putting a potential birth parent in touch with actual adoption professionals, to act as experienced third parties. The group also acknowledges that some adoption scams may be the result of mental health issues:

Not all adoption scams revolve around money. Some are driven by the need for attention and control. If you sense that the person you’re dealing with is manipulative or overly interested in your personal matters that have nothing to do with your adoption plans, it’s time to rethink your relationship.

You could be dealing with someone with mental health issues. Cutting yourself off my be difficult. And if you think it’s hard now, just wait until you’re even more fully immersed in a situation.

Adoption fraud rarely, as Sausser writes, results in criminal charges when the damages are emotional and not financial. Very occasionally, though, they do: a Florida woman named Carrie A. Cutler was charged with adoption fraud in June. Police allege she told a set of prospective adoptive parents that she was pregnant for some seven months, even though she’d had a miscarriage. In that time, she allegedly took more than $13,000 from them, supposedly for rent, food, and medical expenses. Two days after her arrest, police revealed Cutler is currently pregnant again. They didn’t say if she had been planning to pursue adoption.

Original: A Ring of Scammers Is Trolling Adoption Websites and Duping Desperate Couples
To get a copy of Adoptionland: From Orphans to Activists visit here.