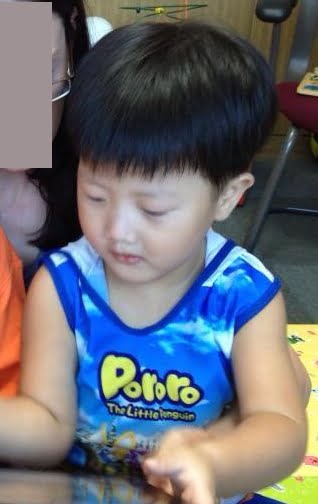 DAMASCUS, MD (WUSA9) — – Advocates for children adopted from South Korea are furious about the light sentence handed on Tuesday to a Marine Corps vet who killed his 3-year-old adopted son.

Madoc Hyunsu O’Callaghan was buried here in an all but unmarked grave. Adult adoptees from South Korea want to know how it’s possible that the dad who admitted hurling the little boy into a wall could be out of prison in as little as four years.

“Outrage he got out with a slap on the wrist and this child is still lying in a forgotten grave site,” said Annalie Yi, who as an adoptee from Korea herself, feels a real connection with little Madoc Hyunsu O’Callaghan.

“We hold him in our hearts forever because we are Korean adoptees who lost our families. And that’s very painful,” she said, breaking into tears.

Brian and Jennifer O’Callaghan adopted Hyunsu in 2013. Three months later, he was dead at the hands of his dad, who admitted to a judge that “alone in a room with his father should have been the one place the little boy was safest.”

His lawyer, Steven McCool, blamed Post-Traumatic Stress Disorder and said the Iraq vet and former NSA bureau chief must have flown into an explosive rage he was unable to control.

The judge’s sentence was at the very bottom of the guidelines for the charges.

“There is a great sense of outrage among the community today,” said Yi.

Little Hyunsu’s grave is decorated with artificial flowers, a few bleached plastic toys, and a small marker with his name — there’s no headstone.

Through her lawyer, his adopted mom said she’s planning to move out of state and wants Hyunsu laid to rest permanently near her new home.

But for Yi, Hyunsu’s story is a symptom of an even bigger problem. She’s among the 200,000 Korean children adopted overseas. And she said her adoptive family was abusive too.

“I have reunited with my birth family. I have come full circle. And I know that Hyunsu’s journey was cut off before it could even start. I wanted him to have a chance to discover Korea and meet his birth family like many of us have. That’s a part of his life that got robbed

Members of the Korean adoptee community had been particularly upset about the lack of a headstone and they’d offered to buy him one. But they now accept his adoptive mom’s message that she plans to move his body.

Brian O’Callaghan admitted in court documents that he lied to the adoption agency to cover up his struggles with PTSD.