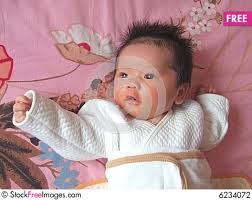 Children traded through chat groups and forums could be trafficked, warns lawyer.

With China’s often long and cumbersome adoption process, many prospective parents are turning to internet chat groups to buy children instead, The Beijing News reported Tuesday.

On messaging app QQ, the more than 470 members of the “Home to Fulfill Your Dream” group look for either babies that can be adopted, or prospective foster parents. When supply meets demand, parties pair up and continue the discussion in private to hash out the particulars of the deal.

One of the group’s members, a 26-year-old man, is looking for someone to adopt his unborn baby. He goes by the nickname Qingxi, and did not wish to reveal his real name out of privacy concerns. He told Sixth Tone that he and the child’s mother, 19, are unmarried, and as such cannot obtain the necessary birth certificate for their baby.

The baby has also been diagnosed with a birth defect that will require expensive medical treatment. “If our child can get surgery, they can grow up as a normal child, but we cannot afford a 20,000-yuan surgery or the cost of raising the child,” Qingxi said.

When it comes to illegal adoption, the QQ chat group is only the tip of the iceberg. On the popular Baidu Tieba online forums, for example, users of the “adoption” and “baby” sections also regularly make inquiries about giving away or adopting children.

Still, the difficulties of legal adoption are enough of a deterrent for many couples to turn to the internet for help. In the QQ group, several users have complained that they waited years before getting a chance at adoption. Also, many of the children under the care of welfare centers have disabilities, which many users in “Home to Fulfill Your Dream” say they do not want.

According to official statistics, by the end of 2015 just 92,000 of the 502,000 orphans in China were under the care of child welfare centers. In a sense, the online chat groups and forums cater to a demand, but there are many ethical problems.

For those who adopt illegally, obtaining birth certificates is a big obstacle. But this too can be solved online: There are QQ groups, for example, dedicated to the trade in fake birth certificates. Zhang said some hospital staff even make money selling such falsified documents on the side.

It’s often impossible to know whether birth parents are who they say they are. Adoptive parents commonly pay a “thank-you fee” of up to 50,000 yuan ($7,500), making themselves attractive options for child traffickers using these online platforms to sell children.

“There is a fine line between adopting and selling babies,” Zhang said.