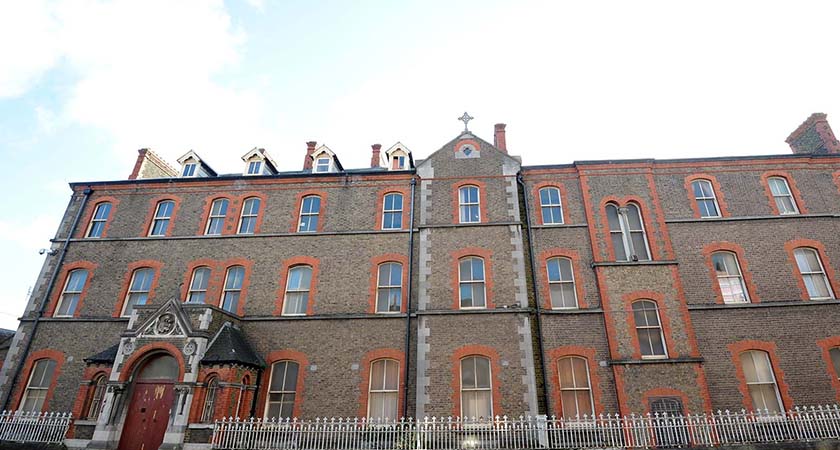 THIS weekend marks the 20th anniversary of the closure of the last Magdalene Laundry in Ireland.

On September 25 1996, Ireland’s final laundry, which was located on Sean MacDermott Street in Dublin and run by the Sisters of Our Lady, closed its doors for good.

While it’s not known for definite, it’s estimated that 10,000 women were institutionalised in laundries since the foundation of the Irish state in 1922.

The Irish Post reported in 2013 that the majority of laundry survivors escaped to Britain, for fear they’d be caught and incarcerated again.

As a result of the secrecy of the institutions, many survivors felt forgotten and unable to tell their stories.

The chronicle of the Magdalene Laundries was, for many years, characterised primarily by secrecy, silence and shame.

In May of last year, Whispering Hope was released.

“This book is a celebration of what the women achieved,” Mr O’Riordan, who is also the founder of the Magdalene Survivors Together group, told The Irish Post.

“It looks back at their lives and explains how they went from being victims to survivors and ultimately it allows people all over Ireland and indeed the world to understand how these women not only took on the Catholic Church, but the State too, and won.”

Here, the five women recount their experiences in the Magdalene Laundries.

“I was nervous when my mother shook my hand and left me on the doorstep of St Mary’s and in the care of the Sisters of Charity. I was expecting to see a row of chairs and a teacher at the end of the [school] room but I was in for a shock. There wasn’t a desk in sight. I was about to ask where the classroom was when a huge billow of steam engulfed us, the wet, intense heat almost overpowering. It was hard to breathe, and my words were lost. The steam cleared to reveal an enormous room jam-packed with 20 or 30 children my own age and large, ominous looking machinery. This, I was to learn, was the calendar room. The calendar was a roller iron. It was a vicious machine. I cried myself to sleep that first night, but I didn’t make a sound. I thought of my grandmother and of how close we had been. I wondered if anyone would ever love me again.”

“Some of the girls got lots of beatings. I didn’t get too many because I was scared of the nuns and always tried to please them, but that wasn’t easy. They always found something that I was doing wrong. I wasn’t walking fast enough or I didn’t know my lessons. They didn’t even need a reason to push me around or slap me across the face. They knew I had nobody, they could do what they liked. We ate in a huge refectory out of metal bowls that wouldn’t break if we dropped them. There was lumpy porridge every day for breakfast, it was horrible but we ate it because we were always hungry. We slept in big dormitories with beds down eater side of the room. The worst thing you could do was wet the bed. To stop us doing that the nuns made us get up in the middle of the night and line up to go to the toilet. If you still wet your bed, they would take up the mattress and stick a piece of paper on it with your name on so everybody knew what you had done.”

Nancy Costello is in her 70s and lives in Galway. Brought up in an orphanage, she attended Magdalene laundries in Cork, Waterford, Limerick and Wexford. She is happy that, at last, her story is known.

“When I wasn’t crying in pain, I was crying inside. I cried for my friends and for the life I’d known. God knows it had not been perfect, but I had been free. Here we lived in fear. We walked around with our heads bowed. I became quiet and withdrawn, and that’s not like me. We slept in huge dormitories and at night we couldn’t talk. The biggest sin of all was wetting the bed. There would be a bed inspection in the mornings and if the nuns found wet sheets they would strip them off the beds and tie them around the girl’s faces. They’d do the same if there was blood on the bed when you had your period. But as they limited the number of horrible bleached-cloth sanitary towels we were allowed, that was almost impossible to prevent. I got caught that way more than once. They never called us by our names in that place. Sometimes they used our numbers; I was number 83, but usually it was just a pointed finger and, ‘You! And you, and you!’

Diane Croghan, 65, lives in Dublin and works in catering. She spent three years in the Sisters of Mercy Summerhill Training School, a Magdalene laundry in Wexford, before escaping when she was 15.

“The nuns were bad to me but they were even worse to the girls who came from the county home in Enniscorthy. They had nobody in the world. Most of them had had babies that were fostered or given up for adoption, and their families wouldn’t have them home again, they had disgraced them. One day a girl arrived from England. She was screaming and crying and the nuns gave her a terrible time. She was beautiful, with long gingery hair. The nuns called her a prostitute. She had run away from home and was living in England with her boyfriend. One day she wasn’t there anymore. I don’t know where she went, I would love to have known but you couldn’t ask. The nuns called us all fallen women. But the only time I fell was when I fainted with hunger. I didn’t know anything about men. I had never been with a man. Sometimes I wish to Christ I had had a baby like those other girls as then he or she might come looking for me now. But I never had one. I have only got my husband.”

Marina Gambold, 79, lives in Wexford with her husband William. At 16 she was taken to the Good Shepherd convent in New Ross, where she stayed until she was 19.

“Bessborough was another laundry, and it was run by yet another order of nuns. There was a mother and baby’s home there as well, and that’s where I was put. It was so hard, knowing the baby was growing in my belly and being reminded of the violence that got it there. The pains started in my back. I didn’t know what they were, but the nun in charge examined me and said the pain was contractions. They sent me to the labour ward, the nun in charge in there was called Sister Martha and I will never, ever forget her, the bitch. The pains were tearing me apart and I started roaring. And Sister Martha roared at me, “Shut your mouth,” she said. I was lying there in agony for 24 endless hours. When the Sister went for her tea and left me alone I was terrified for my life. When she came back I said ‘Please Sister, help me’. ‘Ah Marie,’ she said ‘You should have thought of the consequences before getting yourself in this mess. Tell me, was the two minutes of pleasure worth all this?’ And I thought ‘Pleasure? Does she think I liked being raped?’

Marie Slattery, 56, spent time in the Good Shepherd convent in Cork and the Sister of our Lady of Charity in Dublin. She then became pregnant and was sent to a mother and baby home, where she was forced to give her child up for adoption. She never saw her baby again and now lives in Fermoy, Co Cork.

If you’re interested in reading more from the survivors, Whispering Hope is available here.

Photo credit: The last Magdalene Laundry to close in Ireland was this the above on Sean MacDermott Street in Dublin, run by the Sisters of Our Lady of Charity. (Photo: Laura Hutton/RollingNews.ie)