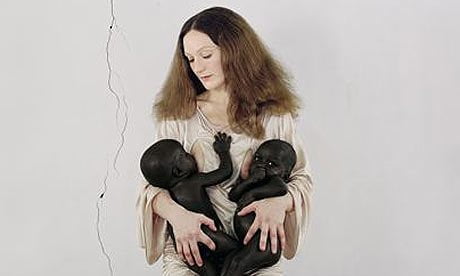 “Without the knowledge of her husband, on her third visit to South Sudan, Vanessa attempts to adopt the twins. In a shell-shocked building the father of the twins puts his thumbprint to 10 copies of an affidavit.” Pietra Brett Kelly followed Vanessa for 16 months in Sudan.

Her husband Greg initially knew nothing of her adoption moves and then was horrified by her intentions.

“Is adopting these two children from this village, helping them, saving them, is that the best we can do as a family? I don’t know. I think that’s kind of almost like a short-cut, it’s almost too selfish. I can fill my needs by bringing them into my world because it’s far easier for me to deal with things in my world.”  Greg Durkin, Vanessa’s husband, and social anthropologist.

Adoption What You Should Know Commentary:

Former orphans disapprove of Ms. Beecroft’s Neocolonialism. Here’s why… She is inflicted with a sickness called ‘Savior Complex.’ Savior complex is a disorder that harms the real mothers and fathers of children targeted for international adoption, resulting in devastated communities. In other words, the child market destroys the family unit. Parents are abandoned and given no form of support in their elder years. They end up languishing on the streets caused by their children taken to satiate the wants and desires of the neocolonialist. The indigenous family is exploited and given no means for reconciliation. Adult adoptees (of all races) have compared foreign adoptions to slavery, genocide, torture, proselytizing, and legalized trafficking which fills a limitless and profitable child market. Each child priced up to $60,000 (depending on race) and a photo such as Ms. Beecroft going for $50,000 while families search for decades aided by no funding? Profiteers and agencies should be ashamed of themselves! But they are not. That’s the sick thing about this charity called adoption. Life-long family exploitation at its worst disguised as ‘child protection’ and glorified as if an act by God. (It is not.) The system was created by a fallible religious man. Let it be known that former “orphans” are disgusted.  Vanessa is considered an ‘artist’ but uses poverty porn and her privileged skin color to exploit people of color. That’s not art and it’s not worth buying into.