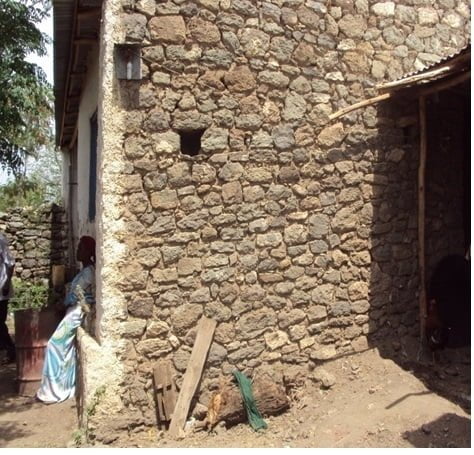 Lemlem’s story is narrated by herself as well as her brother Bisrat since Lemlem is having a depression for which she is being treated at the center for victims of human trafficking. Lemlem remembers what has happened to her. However, it is difficult for her to narrate her story as there are things that she was not involved with when her children were given away for international adoption.

Lemlem 28 was born in Bolosole worda, Areka town found in Wolaita of Southern Ethiopia which is located around 330 km from the capital Addis Ababa. She has three sisters and six brothers. Her father and mother earned their living from farming. Her mother died while giving birth to a baby boy in 1999. The baby boy survived and was given for international adoption by her father.  Lemlem was caring for her brothers and sisters assuming the role of a mother since she was the eldest of her sisters in the family. Lemelm who was grade five quit school because of the burden she carries in taking care of her family. Being an Evangelical Christian, Lemlem used to go to the nearby church on Sundays where she met with a gentleman named Dessta whom she later married and lived with happily ever since.  Although Lemlem got married and has got own family, she continued caring for her birth family by staying in the same neighborhood with her father, brothers and sisters.  Besides she had the responsibility of leading her own family including looking after her two sons that were born to her after years of marriage. Then Lemlem got pregnant with her baby girl. Unfortunately, her husband was chronically ill and later died before she gave birth to a baby girl.

Lemlem started raising her children alone. However, life became very difficult for Lemlem. Hence, she decided to go to Sudan as a domestic worker like most women of her age in the town. Women migrate to the Middle East and Sudan as domestic workers, looking for a better income. As a result, her peers were going to Sudan looking for domestic employment. She thought about it and shared it with her father and siblings. At first, her family was not happy with her decision. Nevertheless, she strongly insisted that she go and they finally agreed. In order to facilitate her travel she sold her cattle worth about ETB 6000 paid of which, ETB 4600 paid to a broker who promised to take her to Sudan and get her employment.

Unfortunately, things didn’t work out as planned. When she went there she started working in one house where she stayed there for six months and didn’t get a penny. When she claimed her salary, she was informed that, the broker on the Sudan side was collecting her payment every month. Lemlem couldn’t cope up with this condition and left this house. She got employed in another house for eight months. While her life was in a misery she telephoned her family in Ethiopia to find out about her children and the rest of the family. It was then that she heard of the sad news that her two children were given for international adoption without her consent. It was a shock for Lemlem!  It was after this incident that Lemlem lost her memory and finally ended up to be in the Ethiopian community in Sudan.

The Ethiopian community in Sudan sent Lemlem to a shelter located in Addis Ababa for women victims of human trafficking.  When she reached the shelter, Lemlem didn’t know where she is and who her family is and what has happened to her during her stay in Sudan for a total of one year and two months. That is when she told her counselor and her family identified through a telephone number she remembered by heart, since there was no identity card with her when she came. Then she was treated for a depression and got better and started sharing what she had experienced.

In Lemlem’s village there is an orphanage located very near both to her in-laws and her family. According to her brother, many families give their children to this orphanage. The children in the orphanage stay there visited by their families. The workers in the orphanage go home and ask parents if they are interested to give their children for international adoption. The workers inform the household they visit that if they give their children they will get good education by going abroad and that they will come when they are eighteen. For those parents who accept the proposal when their children get adopted they get pictures of the child once a month given to a family member. In Lemlem’s case, it is assumed that her brother-in-low is taking the pictures that came which Lemlem has not seen yet.  Currently there is no information on the status of the children. Her brother-in-low no more receives pictures. One of her son is still living with his grandmother as he was not given for adoption for being overage.

Lemelm regrets her going to Sudan as it hasn’t brought any positive change in her life. Instead her children were taken. She has lost the hope of seeing her children again and always talks about them.  She is interested to be with children whenever she meets one at the shelter or the hospital when she goes for treatment. Lemlem’s family doesn’t clearly know where the children went and have no contact of the organization that took her children. Lemlem and her brother hopes that she will get to see her children in the future if that is impossible at least a chance of knowing the whereabouts of her children which they believe will help her recover fast.