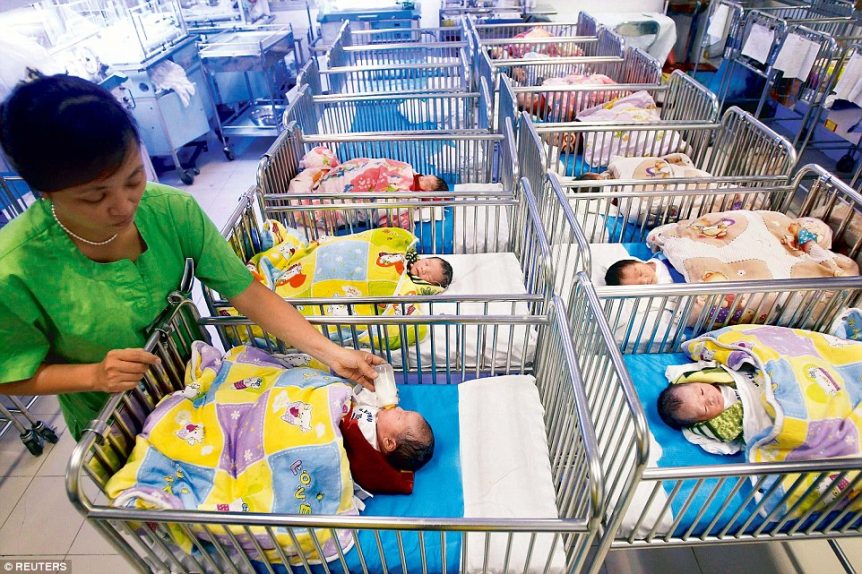 A new industry is taking deep roots in the Capital’s underbelly.

This is the great baby bazaar where bidding for a newborn starts the day a hapless woman gets pregnant, while the kid is still in the womb.

Girls and young women, mostly from Jharkhand, are fodder to this illicit business.

Girls and young women are being brought to the national capital on the pretext of employed as helps,then raped and sexually assaulted by the unscrupulous owners and employees of placement agencies and forced to bear babies (All photos for representation only)

They are brought to the national Capital on the pretext of being employed as helps, then raped and sexually assaulted by the unscrupulous owners and employees of placement agencies and forced to bear babies. But that’s not the end of their misery.

From the moment the women conceive, the agency owners start the process of auctioning the yet-unborn babies to prospective clients.

The price of a baby ranges from Rs 1 lakh to Rs 4 lakh, depending upon how old the foetus is.

Generally, the takers for such babies are couples who cannot produce babies and want to skirt the circuitous adoption route.

“These placement agencies are treating girls and young women as baby-producing machines. The girls have alleged that the bidding for baby starts immediately after conception. If couples in a hurry want a newborn, they have to pay more,” Baidyanath, a member of Diya Seva Sansthan, a Jharkhand NGO that is part of efforts to rescue such women, told Mail Today.

Fifteen-year-old Somwati (name changed) is one such victim.

At this tender age, she has delivered a child, and has no clue regarding its whereabouts.

Emotionally and physically bruised, she was lured to Delhi by an agent with the promise of a job in the Capital. She got to work as a help in a posh locality of Delhi for a few months before her horror story started unfolding. Just a few days back, her family in Jharkhand got a call from their daughter, who was sobbingly trying to explain  her plight and terror.

“Our daughter said she and some other girls are locked inside a dark room and not allowed to leave the agency premises. She has given birth to a child. She is barely 15 and, at such a young age, she has been forced to go through a horrifying experience,” her mother told Mail Today.

Somwati’s family has reported the matter to the Child Welfare Committee (CWC). According to the complaint, which was registered on May 7, the placement agency in Delhi is called ‘Jharkhand Manpower’ and is run by Naina Kumari.

Another complainant, Rani (name changed), who managed to flee the agency, also narrated a similar story. According to the report prepared by CWC, she worked for three years and seven months as a help in a Kirti Nagar house in Delhi.

Alakh Singh, a member of the Jharkhand CWC, confirmed: “We received a complaint from two girls, aged 15 and 17 years, saying they were forced to bear babies. The committee has forwarded the matter to the police and an FIR will be registered soon. Our team is equally shocked to come across such cases.”

In the past few months, several cases of trafficked girls have come  to light from Gumla, Jharkhand.

Most of these girls were either pushed into flesh trade or forced to bear babies for sale.

“A 2013 report by the UN Office on Drugs and Crime identified Jharkhand as one of the most vulnerable states for trafficking of women and children. Much of the trafficking is done by placement agencies that are actually organised crime syndicates,” the report stated.

Thousands of girls are trafficked every year by inter-state gangs to Delhi, Bengaluru, Mumbai, Chennai, Haryana, Punjab and Goa, and they disappear without a trace.

“We have come to know of such cases but have not received any written complaint. The problem is that Jharkhand is the biggest source of migration for domestic labour to Delhi and other metros. We have requested the state CWC to give us specific cases so we can launch proper investigations,” S.N. Pradhan, additional director general (CID) of Jharkhand police, said.

Most of the trafficked girls serve as bonded labour and are not allowed to interact with anyone except their employer.

The less fortunate ones are made to work as sex slaves or become wombs-for-hire and organ donors.

“This is a serious matter. Though we have not received a written complaint, we will surely investigate the matter. Recently, three children were rescued from Delhi and we are working with them to crack such cases,” Sanjay Mishra, member of the State Commission for Protection of Child Rights (SCPCR), said.

However, sources say, the major problem lies with the system.

“The state nodal organisation must investigate the allegations made by the affected children and young women. Necessary action should be taken against the offenders as per law. It is a critical issue and has a big impact,” Rishi Kant of Shakti Vahini said.

Shakti Vahini focuses on core issues related to children, women and the Right to Information. Shakti Vahini had also come across one such case nearly 20 days back, where a girl from Lohardaga district in Jharkhand came forward to register an FIR and report the matter to CWC.

“This complainant told us how the placement agency initially gave her the job of a domestic help and forced her later to bear babies,” Rishi Kant added.

A 2013 report by the United Nations (UN) Office on Drugs and Crime identified Jharkhand as one of the most vulnerable states for trafficking of women and children (All photos for representation only)
Read more: http://www.dailymail.co.uk/news/article-3075056/Delhi-s-great-baby-bazaar-women-trafficked-promise-jobs-exploited-sexually-babies-auctioned-city-couples-Rs-1-4-lakh-each.html#ixzz3Zxh3H7cv