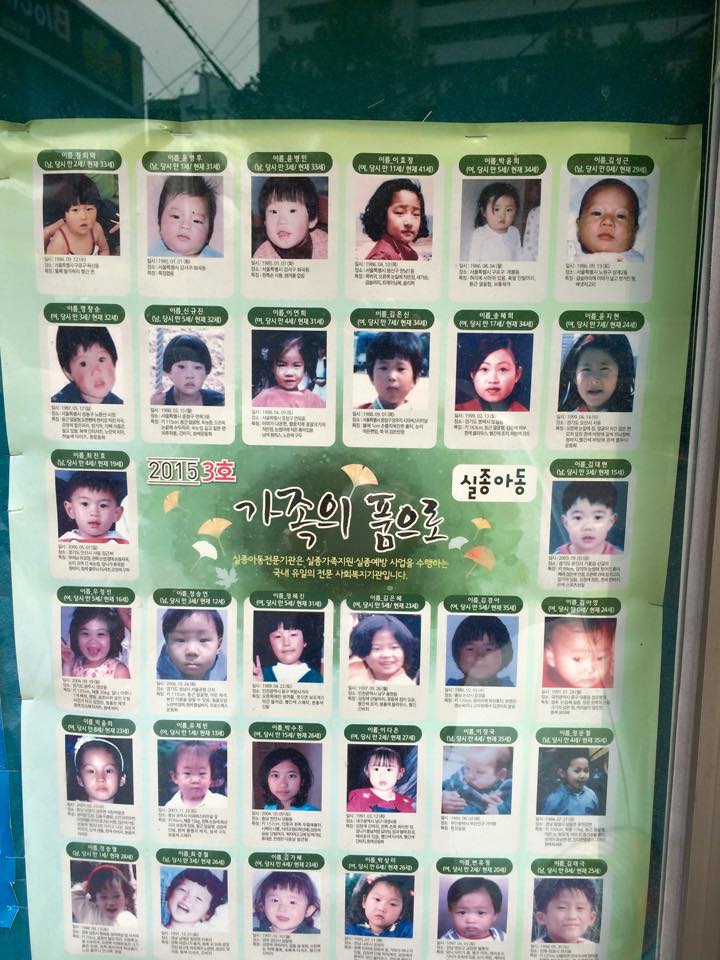 Back home, I started to question the way babies were obtained for adoption. During the process of researching and writing, I tried to remain as neutral as possible and gave the facilitators the benefit of the doubt (even giving them my trust) over the course of full decade of reflection and study. I truly believed that they were saints and that I should respect them. They claimed that they were “saving” children, but their actions raised several red flags. As early as 1956, they were already having trouble finding children, yet they were “swamped” (according to Bertha Holt’s 1986 memoir, Bring My Sons From Afar) with requests from Western couples. Soon, they were scouring the Korean countryside for mothers who might be willing to relinquish their offspring. Bertha Holt’s book revealed that some Korean children were “kicking and screaming” as they were pried from their mother’s backs and that most Korean mothers sobbed as they waved goodbye to their sons and daughters, not grasping that intercountry adoption, as it is known today, meant “a clean break and forever.”

Against Child Trafficking helping Indians who had children stolen for International Adoption.

Eventually, these adoption pioneers were able to petition the governments to sanction the legal removal of children. In order to justify their activities, they claimed that they were “colorblind” and executing God’s will (never understanding that God might actually be on the side of the separated families). They set up the Child Welfare System in several countries. Those who investigated, or protested, at the time were demeaned and demonized and the name-calling continues today. The first label given to me was orphan, which enabled strangers to send me to foreigners, believing that this transfer was in my best interest. Forty years later, they call me “anti-adoption” (even though I love my adoptive family and they love me). This reactionary name-calling avoids the core issue involved: Namely, the often unscrupulous methods used to harvest children for adoption.

If you continue to deconstruct the history of adoption while ruminating about your first family, you might find yourself digging up more adoption irregularities, not because you want to, but because child trafficking is where adoption ultimately leads you. I archived adoption articles online when I first started reading cases. At the time, I did not consider myself a writer (or a researcher), but rather a curious soul led by compassion and empathy for the families who were left behind. I had no idea about the grand scale of this industry or about the missionary fervor involved with adoption. (I’ve since learned the practice is almost a religion to many!) Scrutinizing one aspect of it means that you might be accused of being against “all” of it. This was not the case with me. I started my investigations when I was very much pro-adoption. However, after learning about the myriad human rights violations involved, I could no longer advocate for a system built by fallible humans–a lucrative system predicated on a total disregard for the actual families it destroyed.

Today, adoption recruiters have targeted Africa’s uncharted territory. In order to protect this continent from falling prey to child traffickers, officials around the world need to be educated about adoption trafficking. Safe havens from adoption facilitators need to be set up within community centers, promising and promoting an agenda for the parent and child to be treated as a unit in order to protect vulnerable children from being sent off to foreign countries. Anti-adoption trafficking and child rights’ curriculum need to be taught at the university level by victims and survivors, not led by adoption facilitators or their allies. Also, for the past decade, Korean-born adoptees have discussed filing a suit against the facilitators who removed us from our origins with a complete disregard for our Korean parents and families (similar to Australia’s “Stolen Generations,” representing about 150,000 Aborigines, who were issued a national apology by the government on May 26th, 1998). I often wonder if my parents are languishing on the streets of South Korea right now. Is anyone looking after them?