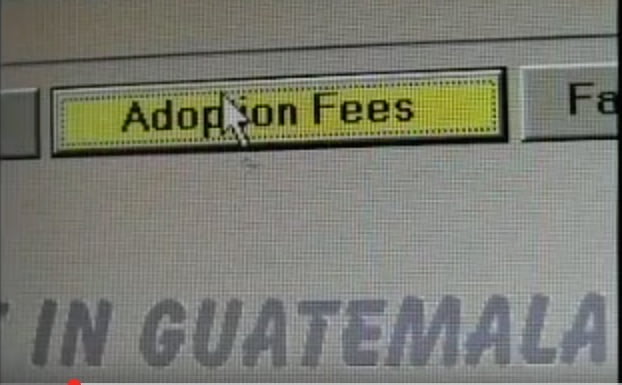 Guatemala was once one of the world’s most popular adoption destinations, but stopped the practice after mass corruption was exposed. An American woman is set to stand trial over related charges.

To hear the NPR news visit this site.

Guatemala was once one of the most popular countries for foreign adoption, just after China. Ten years ago though, Guatemala’s government clamped down after mass corruption was exposed in its adoption system. This week, a 64-year-old American woman is set to stand trial on charges related to adoptions that she facilitated. Maria Martin reports from Guatemala.

MARIA MARTIN, BYLINE: Nancy Bailey moved from Northern California to Guatemala in the early ’90s. Soon after, she started a home for needy children. She called it Seeds of Love. Authorities say they found a few irregularities in the hundreds of adoptions her organization facilitated and charged her with human trafficking. Bailey says she did nothing wrong. She spoke in a Skype interview while hospitalized and briefly out of prison.

NANCY BAILEY: We had children left at our doorstep in a basket. We had birth mothers who came to us while they were pregnant asking if they could place their child in adoption.

M. MARTIN: It was during that time that Guatemalan adoption in general became a big, lucrative and increasingly corrupt business. Award winning investigative reporter Erin Siegal McIntyre has written two books about that corruption.

ERIN SIEGAL MCINTYRE: In Guatemala, it was so, so easy to manufacture paperwork, manufacture an identity, pay off a judge, pay off a lawyer. The vast majority of adoption cases did have irregularities. This industry was pretty much corrupt to the core.

M. MARTIN: Guatemala’s international anti-corruption commission, set up with the United Nations, documented over 3,000 cases of irregular adoptions before international pressure led Guatemala to put a halt to them in 2007. After this, Guatemala set up a new agency, the National Council of Adoptions. It worked to encourage keeping children in Guatemala. Rudy Zepeda is its spokesperson.

After international adoption stopped, there were raids and investigations of some of the adoption centers, including the one founded by Nancy Bailey. She was charged with human trafficking in 2012 in absentia and arrested when she returned to the country for a visit in 2014. Her son, 42-year-old Joel Peters, says Bailey had fought hard to keep the kids in her project out of government custody.

For the rest of the transcript visit here.