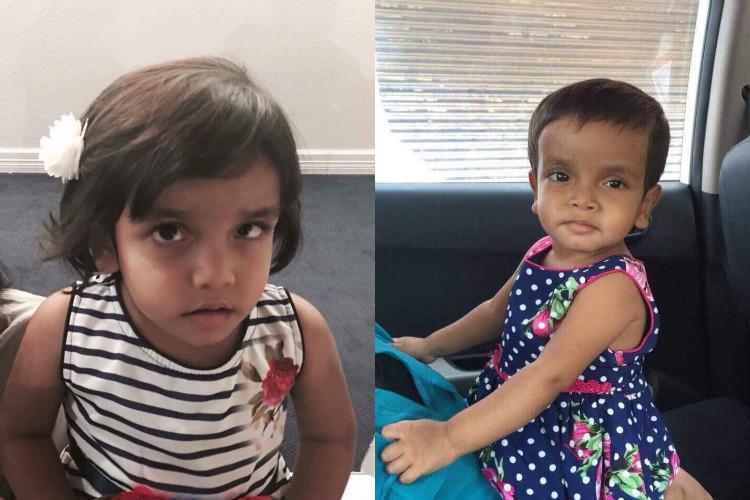 What happens to Indian children after they are given up for adoption to NRI/ overseas parents?

Saraswati was an infant when she was abandoned by her parents in Gaya district in Bihar. She was taken in by an NGO based out of Nalanda. When she was two-and-half years old, a Kerala couple Wesley Mathews and Sini Mathews, adopted her in July 2016.

Saraswati became Sherin and started living with the couple and their 3-year-old daughter in Texas. What could have been a fairytale for a poor child from Bihar has now become a nightmare. Sherin has been missing since the first week of October, and on October 22, police found a dead body that they believe could be hers.

After Sherin went missing, Wesley was charged for abandoning and endangering a child, and his elder daughter was taken away by Child Protection Services (CPS). Wesley had told the police that he had sent the child out at 3 am as punishment for not drinking milk, and she went missing.

In a startling revelation, CPS said that they had paid a visit to the couple once before this, but have not disclosed which child had been facing trouble.

Many have accused the parents of harming the child because she was an adopted child with special needs.

The Central Adoption Resource Authority (CARA) set up in 2003 under the Women and Child Development Ministry, is the statutory body that functions as a nodal body for adoption of Indian children and is mandated to monitor and regulate in-country and inter-country adoptions.

It’s been more than a year since Sherin was adopted and taken away from India, what has CARA done to follow up on the child? Does CARA’s responsibilities end after an adoption is through and the child is flown out of the country?

According to the follow-up guidelines published in CARA’s website:

“The Authorised Foreign Adoption Agency or the Central Authority or Indian diplomatic mission or Government department concerned, as the case may be, shall report the progress of the adopted child for two years from the date of arrival of the adopted child in the receiving country, on a quarterly basis during the first year and on six monthly basis in the second year, by uploading online in the Child Adoption Resource Information and Guidance System in the format provided in Schedule XII along with photographs of the child.”

Elaborating on the follow-up mechanism, a CARA official told TNM that in Sherin Mathews’ case, the foreign adoption agency Holt International is the body that is entitled to submit follow-up reports.

“The foreign agency is supposed to do the post-adoption follow-ups, by making home visits, studying whether the child has adjusted to the new environment and if the child is happy living with the adoptive parents,” the official said.

Although TNM reached out to Holt International, the agency withheld information citing their policy of confidentiality.

A poster kept outside Mathews’ home by volunteers

Sujata Mody, a researcher on adoption, said that in the case of international adoptions, it was tough to keep track.

“Many children are abandoned after adoption. Once the adoptive parents abandon them, it is the local authorities, or the local child care bodies, that take care of the custody of the child and lodge them in child care homes. There is absolutely no accountability to our government or our government has no way of tracking these children,” Sujata said.

And in such cases, the child is doubly affected, Sujata argues, especially if the child is one with special needs.

Although CARA has a follow-up mechanism in its guidelines, it is seldom followed, she pointed out.

“We are not able to track children in our own country. Say the child is adopted in India itself and if at a later time the child is not wanted, at least the child is in the country. That’s not the case with international adoptions. Why should an Indian child be given up for adoption to parents from abroad? We are not anti-adoption, but there is no reason why our government should give kids abroad. The follow-ups are extremely difficult, no matter what guidelines are in place,” Sujata said.

Like Sujatha, Anjali Pawar, an activist with Sakhi, who works against child trafficking, believes that it is time for a complete revamp of international adoption procedures.

“Who is writing these follow-up reports? How much can foreign adoption agencies follow up on such cases?” she asked.

Although there are quite a larger number of cases where the adopted child is returned or deported, CARA is hiding the actual number, she alleged.

“CARA has done nothing in Sherin missing case, they have been mum about the child. We wrote to Maneka Gandhi and other ministers but received no response. Foreign adoption must be the last option that CARA should be looking at,” Anjali said.

Commenting on the lack of comprehensive follow up by CARA, child rights activist Nina Naik said that the authority needs to formulate some kind of a mechanism to consistently follow up adoption cases.

“CARA needs to device some of the mechanism by which, they can seek progress report of the adopted child at least once a year until the child attains the age of 18. The foreign adoption agencies give mandatory post-placement support to the child, but what do such visits by social workers entail?” she said.

When it comes to adoption of children with special needs, Nina said that couples who have parenting experience and who understand the child’s issues are generally made eligible to adopt them.

For the original article by Megha Varier, visit here.