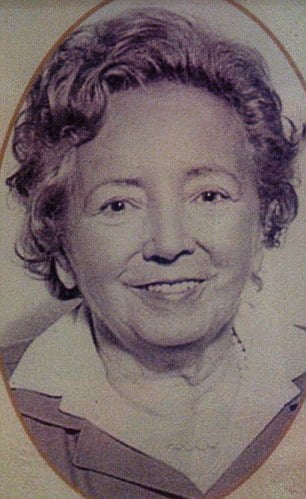 A well-known family doctor arranged scores of illicit and illegal adoptions across the nation over at least two decades, the Irish Mail on Sunday can reveal.

Dr. Irene Creedon, of Carrick­macross, Co. Monaghan, took in a string of babies from vulnerable mothers, gave their place of birth as her surgery and then allowed adoptive parents to register the babies as their own biological children.

Dr. Creedon’s family have confirmed that the late GP arranged secret adoptions but insisted she was a ‘heroine’ whose only desire was to help others.

However, by going outside State services and allowing couples to falsely register babies, Dr. Creedon was knowingly breaking the law. And a number of people adopted in this way are outraged that they now have no way of discovering who their birth parents really are.

Dr. Creedon herself died 10 years ago and no records appear to be available that would allow them to trace their true biological parents.

The extent of Dr. Creedon’s illicit adoptions was uncovered by Longford-based mother-of-two Margaret Norton, who last year began trying to trace her birth mother following the death of her adoptive parents.

Mrs. Norton had discovered that, as a baby, she had been handed to her adoptive mother and father in a Co. Louth hotel car park and was registered as their biological child.

The only clue was that her place of birth is registered as 31 O’Neill Street, Carrick­macross, Co. Monaghan – Dr Creedon’s surgery.

After posting her details online and telling an ­anonymised version of her story on Ryan Tubridy’s radio show, she was contacted by a string of others with the same story – many of whom were also registered as being born at the O’Neill Street surgery.

Several of those who contacted Mrs. Norton said that their adoptions had, according to their own families, been arranged by Dr. Creedon.

The MoS verified this account with two of the babies who had, on the face of their birth registration documents, been illegally adopted.

And the late GP’s actions were last night confirmed by her own daughter, Marie McDermott.

Ms. McDermott said she was not certain how many adoptions her mother had organized but praised her mother’s efforts to help childless families and single mothers in distress simultaneously.

‘She helped a lot of people,’ Ms. McDermott said. ‘They were different times and a different era. People came to her when they needed help, whether it was to give up a child or to adopt a child.

‘My mother was a wonderful person, a heroine, she was an extraordinary woman.’

Asked about the fact that the births were registered illegally, Ms. McDermott said: ‘Paperwork wasn’t something they were strict about back then; that’s changed for the better. Some people don’t want to be found but I do understand that people have a right to know who they are. Lots of girls had babies who were hidden or given away back then. It was very sad and people were ashamed. Mammy helped a lot of those people.’

She rejected suggestions that her mother received money for arranging the adoptions, saying: ‘The things she did to help people was unreal: she helped people who were elderly and hungry as well as people who could not have children and were not allowed to have children. She did not ask for money; it was not about money, she had her own. Sometimes she came home with a bag of potatoes or turnips as a gift.’

But Mrs. Norton said: ‘I’m angry that this went on when it shouldn’t have. It was completely wrong.

‘I have absolutely no idea who my birth parents are and there is no way of me finding out without them coming forward or passing me some information. There is simply no trace of my past and every door has been closed in my face.’

Read the rest of the original, here.