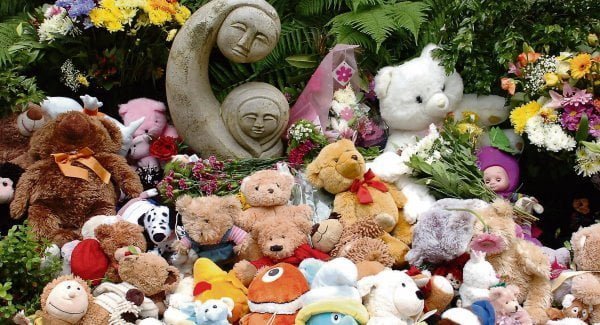 “institutionalization and human trafficking”, where “women and babies were considered little more than a commodity for trade amongst religious orders”

A previously unpublished report by the HSE in 2012 examined Bessborough’s own records. The in-depth findings and conclusions are damning. Conall Ó Fátharta reports

FOR years, places like Bessborough Mother and Baby Home were spoken of in hushed tones.

For generations of Irish people, they were places where thousands of women and girls were sent when they had “a problem”. They went in pregnant and came out alone, some after spending years locked away.

Some left only to be moved to other institutions and Magdalene laundries. Most were never the same. Their voices were never heard.

Over the years, those women have found their voices and have demanded answers for how they were treated behind the walls of Ireland’s mother and baby homes. Adoption rights campaigners have been doing the same.

Former residents and lay staff at the Bessborough home, run by the Sisters of the Sacred Hearts of Jesus and Mary, have spoken of an institution where women were denied pain relief in labour and basic medical care after birth, and were humiliated by having to cut the institution’s vast lawns on their hands and knees with a scissors.

Just last year, this newspaper uncovered that an official investigation carried out by the Cork County medical officer, on foot of inquiries from an inspector with the Department of Local Government, confirmed an infant mortality rate of 68% at Bessborough in 1943. The government briefly stopped sending women there as a result.

A previously unpublished 2012 HSE report on Bessborough, which examined the institution’s own records, show a system of “institutionalisation and human trafficking”, where “women and babies were considered little more than a commodity for trade amongst religious orders”, in an institution where women were provided with little more than the care and provision given to someone convicted of a crime against the State.

The report was prepared as part of the HSE’s examination of interventions by Irish State health authorities in the Magdalene laundries. It was based on an examination of Bessborough’s own records, which were handed over to the HSE in 2011.

From the outset, the report, released under the Freedom of Information Act, is crystal clear in what the Bessborough archives reveal. It outlines an order preoccupied with materialism, wealth, and social status, where the women and children in their care were considered as a means to making money.

It points out that “a cultural snapshot” emerges of an era in Ireland where unmarried mothers were considered “not only as “fallen women” and violators of Roman Catholic moral order but were “considered little more than a commodity for trade amongst religious orders”.

The report notes that, even though detailed financial records and accounts were not handed over to the HSE by the order, the archives still reveal that the order earned money from the women for the care of their children and also from the adoptive parents who took them.

“The only written confirmation of monies being paid were detailed within the ‘Catholic Women’s Aid Society Book 2, 1929-40’. Even a cursory glance at these pages reveals that monies were paid by natural mothers for the care of their babies, while adoptive parents were charged a sum ranging between £50-£60, payable on a monthly payment scheme in exchange for their adopted child. Further investigation into these practices is warranted,” the report states.

The admission books for the mother and baby home between 1922 and 1936 show the nuns “assigned account numbers to some women, (while not others) while marking some entries as ‘private’, ‘paid nothing’, or identifying which institutions or State bodies were financially responsible for the women’s upkeep“.

In other admission books, similar accounting practices were observed where women “were commonly assigned a ‘Reg No’, ‘Order Form No’, ‘Pink Form No’, ‘Admission Card’, ‘Admission Ticket’, or a notation of a ‘Card Received’.”

Minutes from meetings of the Sacred Heart Adoption Society’s board of management “further lend evidence to the order’s preoccupation with materialism, wealth, and social status” while the wealth and social status of the adoptive parents was often the prime concern when deciding whether they would receive a child.

“While an explicit criteria for adoption at Bessborough could not be located within any materials available during this research, it would appear from the board of management meeting minutes that prospective adoptive parents were assessed on the basis of their earnings, the size and condition of their home, and their social status within the community (not to mention the fundamental expectation that couples were practising Catholics), age, years married, and the committee’s ‘impression’ were mentioned most often as deciding factors [in] whether the couple would be ‘passed’ and ‘given a baby’ or not.”

The report lists a number of remarks at monthly meetings of the board of management between 1974 and 1982, stating that “one can formulate their own opinions about the relationships and interactions between Church and State and the judgements placed upon prospective adopters, and the attitudes toward the babies for whom they were entrusted”.

Another entry from March 1977 reveals the “lax attitude of the Sacred Heart trustees toward child protection”: “Ages are 32 years… They are married 10 years and have a very comfortable home. They have all the necessary investigations… They are anxious to adopt a little girl. They have received a good reference from the priest but no Garda clearance.” This entry is then followed by the declaration “Passed”.

The Bessborough files also raise questions about the “shocking” number of children who died in the institution. The report raises the question of whether death records were falsified so children “could be brokered into clandestine adoption arrangements, both foreign and domestic”.

It notes that, if this proves true, it could “have dire implications for the Church and State”, not to mention the families involved.

The HSE report reveals, for the first time, the exact number of children that were recorded as having died at Bessborough and states that the numbers unearthed “are a cause for serious consternation“.

“Though an examination of Sacred Heart’s Admission Register SHA/4 (1933-1953) accounts for 93 recorded infant deaths (not including those recorded as ‘stillborn’), a cross-reference with Bessborough’s Registration of Deaths ledger (1934-1953) unearthed a shocking phenomenon of infant mortality as 478 infant deaths were recorded for 19 years.”

That amounts to a death rate of 25 children a year. To put that in perspective, a total of 796 children are recorded as having died in Tuam Mother and Baby Home between 1925 and 1960 — a death rate of almost 23 children every year.

“As Bessborough’s death register contains less than two decades of details of Sacred Heart Adoption Society’s almost 75-year history, one cannot be certain as to the full scope of infant deaths. Curiously there are no death records for any years following 1953,” the report notes. However, the HSE does specifically raise the issue of what sort of conditions were present in the institution to allow such a “shocking” rate of infant death to occur.

“Returning to the matter of the death register, a phenomenal 478 documented infant deaths over 19 years leaves the reader asking what conditions precipitated the deaths of so many babies under the trust of the Sacred Heart Order.

“While a thorough inquiry is beyond the remit of this paper, one cannot help but ponder the implications of this phenomenon.”

In August of last year, this newspaper uncovered material in the Cork City and County archives which shows an official investigation into deaths in Bessborough carried out by the Cork County medical officer in 1943 confirmed an infant mortality rate of 68%.

The HSE report states that, in addition to revealing the number of babies that died between 1934 to 1953, the death record at Bessborough lists each child’s date of death, address, name, gender, age at last birthday, profession (marked as son or daughter), cause of death, and, in some cases, the duration of illness and the date when the death was registered.

Inexplicably one entry which records a child dying of prematurity states that the child had turned three years of age at her last birthday.

Disturbing as these revelations are, perhaps the most shocking claim made in the HSE study is that death records may have been falsified for children so that they could be “brokered” for adoption, perhaps both at home and abroad.

“The question whether indeed all of these children actually died while in Bessborough or whether they were brokered into clandestine adoption arrangements, both foreign and domestic, has dire implications for the Church and State and not least for the children and families themselves,” the report states.

It notes that, while the subject of infant mortality may not appear to have much to do with adoption, the ‘boarding out’ of children with foster families, or the discharge strategies of women and children, its relevance becomes apparent “when put in context with the broader issue of the mutually beneficial State/religious order relationships and the covert relationships of the day”.

“Simply put the State had a social problem that it desperately needed to make go away, while the Church had the power and control to turn the ‘problem’ of illegitimacy into a lucrative money making enterprise,” the report states.

“While it is beyond the expertise of this author to proffer grand narratives about the historical, fiscal, or social arrangements forged between Church and State, the records themselves expose a telling indictment of what may have been one of Ireland’s most damning and destructive partnership of collusion, corruption, and abuse between Church and State.”

The archives paint an equally disturbing picture of how women were treated, with references to “institutionalisation and human trafficking”, “incarceration”, “confinement and servitude”, and to “a cold and lonely environment characterized by harrowing social, emotional, and physical isolation”.

The report points out that, while it is historically and socially acknowledged that little regard was given to the care of women pregnant out of wedlock in Ireland at that time, nonetheless “it appears that the women who sought refuge within Bessborough Adoption Society were provided with little more than the basic care and provision afforded to that of any individual convicted of crimes against the State”.

“While it is noted that entrants to Bessborough were not subject to the sanctions of any Irish court order, however their ‘voluntary’ admissions appear to have been a punitive reprise, far worse than a prison term,” states the report.

The report is also scathing about the “culture of confinement” which existed at Bessborough and a “practice of protracted detainment” where women and girls were kept in the institution long after their children were born and they should have been fit for discharge.

Analysis of admission records between 1922 and 1936 show that details for a “staggering” 43% of admissions had no recorded information regarding how they were referred to Bessborough. The second largest category of referrals reveals that 16% of admissions for this period were “By Ambulance”, while 15% came from family relations.

For more of the article go to: