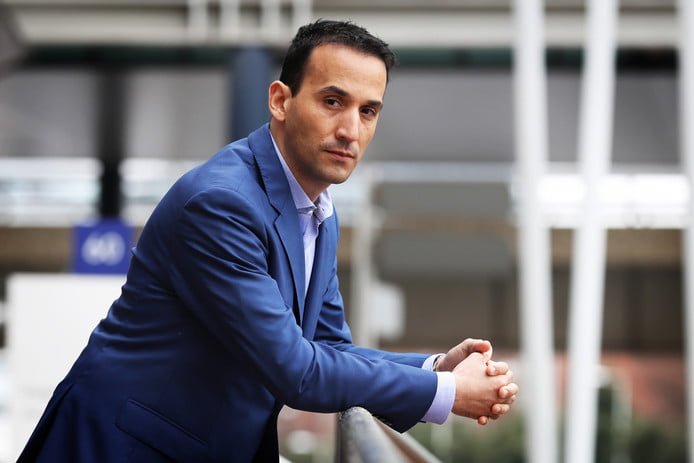 Intercountry adoptee, Patrick Noordoven, has successfully been granted some justice for his illegal adoption!

Patrick Noordoven is an inspiration for his persistence to fight for his right to identity and break new ground in an area that until now, had remained impossible for many intercountry adoptees!

This outcome is historical and paves the way for other intercountry adoptees! Visit here for the article.

A Dutch couple must pay their Brazilian ‘adoptive son’ a compensation. They have for years kept information about his illegal adoption. They have acted unlawfully, the court recently ruled.

Patrick Noordoven (1980) dragged his ‘adoptive parents’ to court last year. He was taken by Dutch employees from a children’s home from the hospital in São Paulo and handed over to the Dutch couple in the street by a car window.

The couple gave Patrick as their biological child, with a false date of birth. They were helped by Dutch diplomats and intermediaries who helped dozens of couples to a baby without the permission of the Ministry of Justice. They circumvented long waiting lists, committed a criminal offense, but were not prosecuted. Only when Patrick started looking for his biological family in 2001, the couple told them that they had illegally adopted him. But the circumstances and crucial details, they concealed.

Through years of his own research, he found more and more information. In 2011, he tracked down his organic sisters, his mother appeared to have already died. The withholding of information frustrated his search, cost him tens of thousands of euros, and caused a lot of stress, grief, and pain. He suffers from it to this day.
The consequences of my illegal adoption I carry with me for the rest of my life ”, Patrick said earlier in this paper. “They have denied me the universal right to identity by refusing information. I have the right to know where I come from, and my legal parents have the duty to inform me. ”
Patrick held his ‘adoptive parents’ liable for the damage, but the court rejected his claims. The court in The Hague is now destroying that verdict. In this context, the ‘adoptive parents’ certainly have ‘a heavy information obligation’, according to the Court of Appeal.

The couple kept all those years the evidence of Patrick’s illegal adoption at home in a folder. It was only last year that he was given access by order of the court. This concerned documents from the Council for Child Protection, the Ministry of Justice, and the police about the criminal investigation into illegal adoption in Brazil, the involvement of his ‘adoptive parents’, newspaper clippings, and a receipt of a donation to the children’s home.

The court awards Patrick compensation of more than 13,000 euros for psychological damage, but only 200 euros for material costs. That is a pittance of the costs he has incurred.

“This judgment recognizes that illegally adopted people are entitled to all information about their adoption,” says Iara de Witte of children’s rights organization Defense for Children. “We see that adoptees cost a lot both psychically and financially to get their rights, while they have not asked for this situation. Everyone involved in this illegal adoption caused this, except for the adopted person himself. We think it is unjust that the burden comes to lie with the illegally adopted ones. ”
The ‘adoptive parents’ do not want to comment.