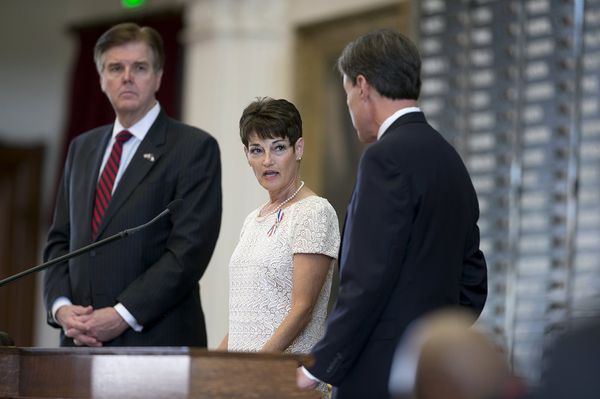 A widely supported effort to give adults who were adopted access to their birth records — and the potential to find birth parents or their genetic health risks — was upended in the Texas Senate Wednesday.

Lt. Gov. Dan Patrick, presiding officer of the Senate, didn’t call for a vote on House Bill 984 before a midnight deadline for all House bills to be considered by the Senate.

Early Wednesday morning, supporters of the bill knew it was on the chopping block because Sen. Donna Campbell, a Republican from New Braunfels, had pulled it from the local and uncontested items calendar.

In the hours before the deadline, the bill’s author, Sen. Brandon Creighton, R-Conroe, mustered 13 other cosponsors, a sign of solidarity and quiet plea for Patrick to recognize the bill.“In the age of Facebook and social media, and the way families are coming together in spite of those boundaries, we are working to modernize the process,” Creighton said, with three hours left to go.
Marci Purcell, a spokeswoman for Texas Adoptee Rights, said Campbell’s opposition to the bill will stymie adopted adults who wish to connect with biological relatives or to learn their genetic health risks.“With one emotional plea, a single senator, Donna Campbell, managed to override the will of 30 other senators, public opinion, and years of work,” Purcell said.

“The opposing senator acts on the unfounded claims that restoring access destroys families.”

The bill passed the House last month 138-1, passed unanimously out of a Senate committee, but then stalled once it was referred to the full Senate.

Campbell, who is the parent of four adopted children, helped shoot down a similar measure in the last legislative session.