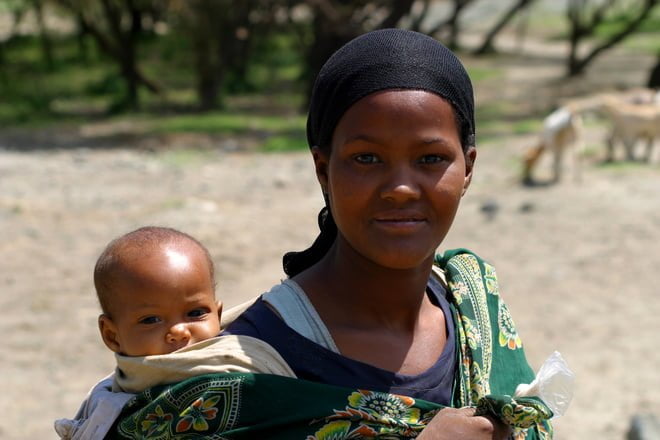 The Rights of the Child? or the “Harvesting” of Children

Submitted by Kerry and Niels

The executive summary reads as follows:

“The findings of the research: Overall, the current adoption system actively creates an unwarrantedly high number of children available for adoption. Intercountry adoption is in reality privileged to any other in-country suitable manner of care. Local child protection policies, while existing, are not implemented, while the intercountry adoption market is more and more taking control of the local child protection, as well as the social and health sector. The adoption process is riddled by fraud and other criminal activities. Parents are stated dead, whereas they are not, dates of birth are falsified, false information is provided to the Courts. But most important: The demand-driven intercountry adoption process is breaking up families, who could be helped in building up their lives with a fraction of the money involved in intercountry adoption.”

Especially the statement “parents are stated dead” is important, because the report lists three such cases.

Situation at the time of relinquishment:
The mother was not able to take care of her son. Mother left the baby with her stepsister. Stepsister told this to the brother of the mother. He asked his other sister to take care of him .His intention was to pay the cost of taking care of the child. But this sister was not able and willing to do that and then the mother took him. Later she put the child beside the gate of her brother.  The child was found by a girl just beside the gate of the house. She brought the baby to the house of her parents and there he stayed up to the adoption. The neighbours warned the family who took the child, because they were afraid, that she would be charged with child kidnapping. So this family went to the hospital and here they were told about adoption. In the hospital they gave him another name. This family (the woman) authorised the hospital to give the child in adoption. A few days after the interview the mother contacted Wereldkinderen’s Roots Worker. On 8th of September 2009, the mother unexpectedly came to Addis and told Wereldkinderen’s roots worker that she was not involved in the decision of relinquishment. At that time she was working as a house maid and used to visit her son now and then. She went to visit her child when the family gave her leave. One day she bought clothes for him and went to visit him as usual and came to know that he was already adopted. That was four months after he left Ethiopia. She said that she was completely devastated by hearing this sad news and became sick.

“On the other hand it has given a confirmative statement about the fact that the child whose parents are deceased.”  As a matter of fact the parents are still alive. It was easy to find out.  The first child study report mentions the name of the mother, but written aside is “unknown?”.  The same child study report says that there are no relatives. This is incorrect.  The child study form lists as Guardian the woman who took her into her house.  Question is if she was the formal guardian.  There is no Police certificate documenting the absence of the mother; the abandonment of the child; or a death certificate.

CONCLUSION:
This case points at criminal acts, in so far as wrong information has been given to the court. On complaint from the side of the mother, additional criminal acts, such as kidnapping could come to the surface.

Further Remarks:  There was an email in the file from Wereldkinderen to Wereldkinderen’s Ethiopian representative, which reads as follows:

It needs to be cleared as to why and how Wereldkinderen could make use of diplomatic mail.

Age of the Children at the time of Adoption:

The situation at the time of relinquishment:

The father suffered from tuberculosis; he was in the hospital for six months- around 1996 (Ethiopian calendar). In the hospital, the parents learned about adoption and the mother´s wish was to give the children away immediately for adoption. In the hospital works Mr. Sheleme, who is a volunteer for OSSA for working with HIV people. Wereldkinderen’s Ethiopian Representative visited along with Mr. Sheleme Demoze, who was lying in Hospital. They discussed the issue of adoption and mother has to sign a paper, in which she declared freely to give her children for intercountry adoption. Both the father and the mother were conscious about the consequences of adoption, that the family bondage would be broken. They hoped that the children would have a better life abroad then they had in Ethiopia. The parents hoped to be informed and to maintain contact. Their decision was driven by their social economical and health problems – no income – being dependant on support from OSSA, which the mother did not like at all. Later they became active within an HIV advocacy group and got money from that (advocacy jobs, schools, and different places). The adoptive parents visited them during the adoption process. The adoptive father met also the brother of their adopted child and told him to do his best at school because the adoptive parents will help him to come over to The Netherlands to study.

Wereldkinderen’s Ethiopian Representative advised the parents to change the age of the oldest child and so they made her 2 years younger. The children stayed around six months in the Foster Home. Wereldkinderen’s Ethiopian Representative told the parents that when the children would be 18 years old, they would have the possibility to ask back their Ethiopian nationality.

Some years before the birth parents had been separated for one year and 7 months, because the father had fallen in love with another woman. His wife asked him to come back. He realized the children and his wife missed him a lot. Before reuniting they took an HIV test and found out the father was infected. The mother is healthy.

Child 1 has been placed out home and is living in a children’s home.

‘…she only want to return to Ethiopia. She’s sad and angry about the adoption and lives in matter of speaking with one leg in the Netherlands and the other one still in Ethiopia.’…

In one of the letters to her parents she writes:

‘…I m not feeling well. At these moments I think about you a lot and them miss you both…..
…in the beginning it was hard to adjust and I missed my family a lot. It didn’t work out with my adoption mother and me.’

‘on the other hand it has given a conformative statement about the fact that the children´s parents are dead.’

As a matter of fact, they are both alive.

‘How are you? Enclosed find the answers to your questions About XXX and child 1/child 2 their Abundance clearance is different at that time it was OSSA who was writing the single paper for Seleent orphanage saying orphaned children who need help for many children at one paper with out back ground information but I tried to find out the background information from parents and gave you on the child study but I have a signed paper by the mother for relinquishment at Wonji for child 1 and child 2and there was no need to stand at court for the biological families at that time and court used to decide saying children were orphaned.
For AAA it was the time the court started to ask for biological families to stand at court so the mother had to stood at court to give her consent I saw the decision the court has made mistake to say the child is orphaned…’

The above e-mail indicates that there is another adoption case where the mother is wrongly stated to be dead. This case should also be investigated, court papers corrected. Again the mother should be informed about the child’s well-being. This case has similarities with the Austrian “Family for You” case. “Family For You” as a result of such a case got under criminal investigation and went bankrupt as a result.

Role OSSA:
It has to be researched whether it was indeed legal and enough that children referred by OSSA were formally admitted to Sele Enat, just based on a stamped letter issued by OSSA and usually very quickly or immediately taken to WK Foster Home.

According to the Directive issued by MOLSA in 2002 point, 7 reads as under:
Regarding inter-country Adoptions of children coming from the Regions:
Having ensured that children sent to the appropriate regional offices are
orphans, they shall be sent to orphanages until adoptive parents are secured.
It is doubted that OSSA could serve as an “appropriate regional office.”

The situation at the time of relinquishment:
The mother was a secondary school student when she got pregnant. She had relation with the father for 1 year. Her pregnancy was not accepted by her middle-class family. She had to leave home when she was 6 months pregnant. She then with her uncle. The child was born in a hospital. After three months the mother came back to Addis with the baby and found work as a housemaid, with the baby. Her cousin and aunt came with the information about Finote Lewegen (orphanage). They decided to give the child to Finote Lewegem for Adoption. The cousin admitted the child to the adoption. Sister Adey or Letay works for Finote Lewegen and she met the mother and they went together to the Health Center for HIV test.

The mother told the father only about the adoption when the child had already departed for the Netherlands. She says at that time, it was a good decision, but now she regrets the decision. She has pictures of the child in her mobile phone and misses him. She hopes the best for him and would like to be informed about him. During the interview, she said that once the sister of her employer came from the Netherlands with her two children. That made her very emotional. Then the mother told about the low income of the family. The intention of her aunt was to send the mother to Kuwait to earn money, but she decided to stay in Addis. The mother was intimidated after the interview by Sister Letay, after she had probably told her aunt and cousin she spoke openly to us.

Case Analysis:
The whole paperwork is based on lies.

“…in addition to these, I have asked the Orphanage and XX is his uncle, the brother of his mother. The rapist, the biological father is not known.”

Here the Wereldkinderen social worker through her questions had almost detected the fraud in this case. However, it was not followed through and the information provided by the Wereldkinderen Foster Home representative was trusted at face value.

This case involves serious criminal acts such as submitting false information to Court. Further, based on a complaint of the mother, the adoption could be declared void and charges of kidnapping could be pressed against the persons involved in the Adoption.

The report was recently released and can be downloaded from this page.

Source: The Rights of the Child? or the “Harvesting” of Children