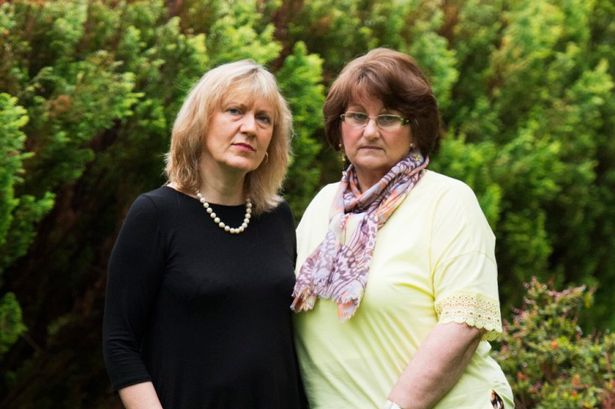 AN international expert yesterday warned that Scotland could face a torrent of human rights cases over its forced adoption legacy.

Prof Stevenson has been meeting Scottish women who were forced to give up their
children between the 1940s and the 1980s.

More than 50,000 single mums were pressured into surrendering their babies for adoption because they weren’t married.

The UK signed the European Convention on Human Rights in 1953. And Prof Stevenson, 56, who’s based in Sydney, said: “If you read the definition of the crimes against humanity, the way a section of society, unmarried mothers, were persecuted certainly suggests to me they could well have a case.

“Imagine the cruelty involved in denying a mother the opportunity to ever see or touch her child again, that you would take her child away and give it to another family, sometimes even in another country.

“Many of those women were not even allowed to have a picture of their child.

“The stories Scotland’s mothers have been telling me are every bit as heartbreaking as those which prompted the Australian ­government to apologize in 2013.

“Having extensively studied cases from all over the world, I believe there was a concerted policy to groom vulnerable young mothers to relinquish their babies simply because they weren’t married.

“Experts knew this decades ago. I’ve seen the studies concluding the best place for a child was with its mother but, despite knowing that, authorities groomed unmarried women saying the ‘best thing’ for their baby would be adoption.

“Single mothers would often be treated very differently in hospital from married mothers, segregated, refused pain relief, made to feel they had done wrong. Can you imagine the outcry today if a group of patients were treated so differently? That’s exactly what happened across Europe, America, Canada and Australia.

“Some of the experiences were cruel and inhumane – women chained to their beds while giving birth, not being allowed to touch their baby, babies routinely removed immediately after birth. Some mothers even had pillows put over their faces during  childbirth so they couldn’t see their baby. Some had babies taken away while still sedated. Others were deliberately not told about their revocation rights.

“It was almost as if society wanted to punish those women and it was all dressed up as being in the best interests of the child.”

Prof Stevenson reveals that many forced adoption victims went on to develop mental disorders as a result of the trauma of having their baby taken and later suffered a lifetime of depression and anxiety disorders.

Prof Stevenson added: “Too many live with the stigma forced upon them, bottling up all that pain for fear of being judged – that’s tragic in this day and age.

“Studies reveal 40 per cent of those mothers never had another child. Those who did carried emotional scars which impacted on others in their family.”

Prof Stevenson, a lecturer at the Australian Catholic University, is supporting Paisley mum Marion McMillan, who is leading ­Scotland’s campaign for an adoption apology.

Marion, 67, a former childminder, was forced to give up her first-born son in 1967 because she was single.

Her MSP Neil Bibby has thrown his weight behind calls for Scotland’s children’s minister to issue a formal apology.

Acting Children’s Minister Fiona McLeod said: “This Government have a great deal of sympathy for those women whose experiences clearly show them to be victims of the prevailing moral and social behavior of their time.”

Prof Stevenson added: “I hope the Scottish Government get behind Marion’s campaign.
Scotland has a unique opportunity to lead the way in Europe.

“Scotland needs to show it is a good country – that means facing up to the mistakes of the past. That is why the Government should apologies for what was done.

“If they don’t, I expect human rights cases will inevitably be pursued.”