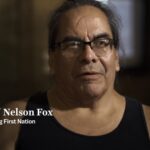 “They came marching right in and literally took us and thousands of other children from their homes.”

The long and brutal history of the US trying to “kill the Indian and save the man”. Toward the end of the 19th century, the US took thousands of Native American children and enrolled them in off-reservation boarding schools, stripping them of their cultures and languages. Yet decades later as the US phased out the schools, following years of indigenous activism, it found a new way to assimilate Native American children: promoting their adoption into white families. Watch the episode to find out how these two distinct eras in US history have had lasting impacts on Native American families. In the Vox series Missing Chapter, Vox Senior Producer Ranjani Chakraborty revisits underreported and often overlooked moments from the past to give context to the present. Join her as she covers the histories that are often left out of our textbooks. Our first season tackles stories of racial injustice, political conflicts, even the hidden history of US medical experimentation.

“It’s a way to eradicate us.  And to go to our nation’s children is one of the sure ways to do that.”  Sandy White, Rosebud Sioux Tribe

“All things considered, I rate Adoption: What You Should Know 4 out 4 stars. The book is a mind-blowing read, considering that I have never thought about the adoption industry in this light. The evidence presented here is also overwhelming. As hinted earlier, parents looking to give their children up, adopting parents, and adoptees will learn a lot from reading this piece. Readers who love exposés will enjoy reading this book too.”  — Steve Polak