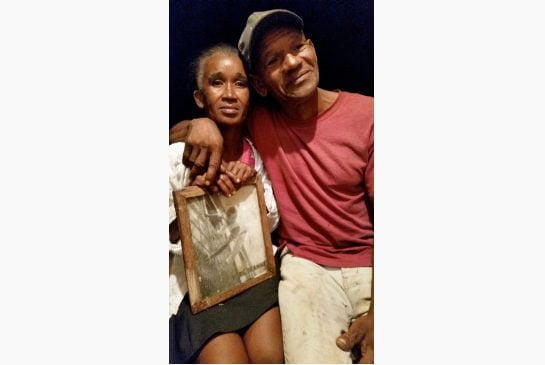 HATO MAYOR DEL REY, DOMINICAN REPUBLIC—Miguel and Rosa Ramirez’s shack is located at the end of an isolated road in the interior of the Dominican Republic. It is far away from the scenes found on postcards, in the middle of nowhere. A piece of plywood is nailed to the narrow facade of the shack. Miguel has scribbled an address in a ballpoint pen. It’s a rough address, but enough to know that it is one in Quebec.

It is that of his lost son — one among many.

At least 200 children were separated from their families in the 1980s, and they came from this region in the southeast of the country. It wasn’t because of a famine, a hurricane or an earthquake, but because of an incredibly effective “adoption machine” that was put in place by a network of Quebec missionaries and adoptive parents.

In a region of 40,000 people, 200 children within a few years is a considerable number given that they weren’t orphans. Their parents, all very poor, didn’t necessarily understand all that an international adoption implied. In many cases, they were lured with the promise that their children — once they had received an education and become wealthy — would come back to save them from their misery.

In reality, that never occurred.

Miguel and Rosa Ramirez had five children. The youngest was very weak. His stomach was infested with parasites that put his life at risk, his Dominican doctor concluded. At two years old, the child ate next to nothing, as if his body was incapable of absorbing food. The medical treatments were expensive, and Miguel and Rosa didn’t have the money to pay for them.

The couple was visited by a missionary and by Luce Pelletier, an adoptive mother who was organizing adoptions and who would soon become the director of the Quebec adoption agency Monde-Enfant.

“She promised us that in Canada our son would receive the treatments he needed,” Miguel recalled. “She told us that he would surely come back to visit within a couple of years.”

Miguel and Rosa left the meeting convinced. They gave up their youngest son, persuaded that he would have otherwise soon be dead.

In Quebec, the pediatricians could find no evidence of intestinal parasites, according to the boy’s adoptive father.

“The platelets they used at the Dominican hospital may have been contaminated or else there was a mix-up in the medical reports,” he said.

In any event, the child was in bad shape.

Miguel and Rosa’s story was repeated hundreds of times in the region of Hato Mayor. Jean Lacaille, the Quebec missionary at the heart of this wave of adoptions, now admits that he was actively looking for “people that had a large family and with a sick child” to fill the desires of Quebecers who wanted to become parents.

Such targeting of families that were poor and might be willing to give up their child for adoption was legal in the 1980s in the Dominican Republic. Today, however, such methods would be considered to be human trafficking under national laws that are much more strict.

Father Lacaille, like other missionaries and actors involved at the time, said that he was acting in good faith. But faced with a growing demand, he lost control.

“It snowballed. And even if we were in the Dominican Republic, the snowball grew pretty fast,” he admits.

Father Lacaille recognizes that his goal was not so much to save Dominican babies but to “offer a service” to Quebecers in search of children who contacted him over several years, starting in 1978.

The couples came from all corners of Quebec, from Sherbrooke to Abitibi and Sept-Iles. When Luce Pelletier brought her son Miguel to Quebec in the fall of 1982, there were at least six other children with them aboard the airplane. The adoptive father, who spoke on the condition that he not be identified, confided that he felt ill at ease to see so many children getting off the airplane at the same time.

“It became an adoption machine,” admits Yves Bécotte, former chairman of the board of Monde-Enfant. He explained that Luce Pelletier “walked through the villages” to in search of families “in such a way that the number of children that were adopted from the region of Hato Mayor doubled or tripled. It was a lot for a little organization that didn’t even have an orphanage.”

To stop the machine, Yves Bécotte fired Luce Pelletier, who is now deceased. The decision was a welcome relief to those responsible for the adoptions in Hato Mayor, who nonetheless profited from this small local industry, according to Bécotte.

“She was relieved because she was always walking a tight rope. There are official orphanages there and to go and look for children from families is like bypassing the orphanages,” he said.

Miguel Ramirez remembers the rumours that circulated about the market for children in Hato Mayor. But nobody offered him any money for his baby, he swears. All of the biological parents interviewed in the course of this investigation insisted on the fact that they had not sold their child.

That being said, many families “were waiting for the moment when they would have helped, but that wasn’t a condition,” said Father Lacaille.

“We told them, ‘When the children are older they will have great advantages compared to here . . . and that their parents will probably help them.’ But we tried as much as possible to avoid making it sound like a sale.”

Three decades later, Jean Lacaille continues to believe in this model of “open” adoption to preserve the links between the child and the biological family, even if this model has long since been discredited all around the world. Even if this type of adoption is now completely illegal in the Dominican Republic.

The country only authorizes adoptions where the links between the child and the biological family have been severed. Since the new rules were enacted, there has been only a trickle of children leaving the country. Only 17 foreign adoptions occurred in 2013.

Miguel Ramirez admits that for the first few years after the adoption of his son, the adoptive parents sent him a bit of money that allowed his other children to go to school. But little by little that source dried up.

Today, regrets eat away at the old man. While he tells his story, bitter tears fall into the deep wrinkles that cross his cheeks.

Rosa listens to her husband and nods her head. She speaks little. Her slanted eyebrows give her face a permanent sadness. Sitting on the porch, she holds a fading portrait of her Canadian son. It is all that remains since a hurricane took their old home — that and the fragment of an address on a piece of plywood.