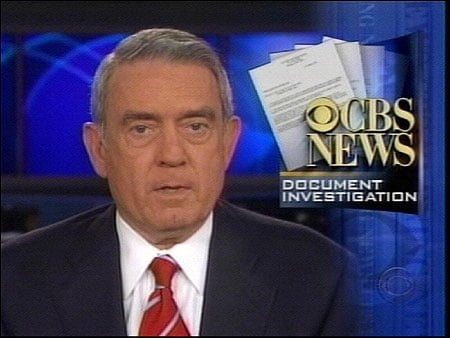 “Rehoming” is an underground system that enables adoptive parents to advertise their adopted children on the internet or through informal religious or civic connections in order to place them with other willing families, without any legal safeguards or regulations. To many human rights proponents, this underground method of moving children is seen as another form of abandonment and child trafficking.

Adoption: What You Should Know reveals surprising and necessary information needed before you consider adopting or relinquishing a child. If you are adopted, you will also find value in this book. It will give you deeper insight into your own adoption and a global bird’s eye view on the practice. Learn how the child movement began, spread, and why some domestic and international adult adoptees are against the practice today. Know more about the history and the industry than the professionals in the field. This unconventional history book has been called mind-blowing by fellow adoptee-rights activists. The main movements of children are organized into four sections and referred to as Orphan Ships (Europe), Orphan Trains (America), Orphan Planes (Asia), and Orphan Trafficking (Africa). This investigation by the co-founder of Adoption Truth & Transparency Worldwide Network, the largest adoptee-led group on social media, offers the information you need to make informed decisions about the practice. *NOTE: Previously sold as Adoption History 101: An Orphan’s Research.

“If you are ever tempted to deny the power of the written word, especially when used to shine the light of truth upon disinformation, and most especially when that truth puts to shame the most odious misconceptions ingrained in your favorite paradigms of everyday life, consider these astonishing words shared by Janine Myung Ja in her massively important book, Adoption History 101: An Orphan’s Research.  …This is a powerfully revealing and enlightening book, deserving of major recognition in a largely overlooked area demanding the light of evolutionary change.”  ~Joel Dennstedt
————————————————-
“In Adoption, author and adoption rights activist Janine Myung Ja uncovers the ugly underbelly of the modern world-wide adoption industry and recounts some of the heartbreaking and even shocking truths about historical adoption movements and programs. In a well-researched, well-referenced text which she humbly describes as “a short summary,” she educates, advocates, and warns.”  ~Kimberlee J Benart
————————————————–

“Janine researches and writes, exposing ugly truths, because she strongly believes that knowledge is power and because “humanity is better able to protect itself from exploitation when given a historical view.” Her hope is to counter the “ignorance is bliss” attitude that is so pervasive, with too few wanting to face the fact that adoption is “lose-win.” Myung Ja is just that courageous! Throughout her manifesto, she gives voice to “Taken children from deprived families” by “critiquing a man-made industry that has given itself permission to acquire other people’s children.” The author, who like all adoptees had her past stolen from her, brings us this history of adoption because ‘To find answers, we must unearth the past’.” ~ Reviewed by MIRAH RIBEN is the author of two internationally acclaimed books: Shedding Light on The Dark Side of Adoption (1988) and The Stork Market: America’s Multi-Billion Dollar Unregulated Adoption Industry (2008)

“Many recent investigations and reports have lifted veils covering organized and legally sanctioned programs that removed children from their families. All over the world, politicians are being forced to offer national apologies to the victims of these programs and to acknowledge the harm they caused. Clearly thoroughly researched, objectively written, and with meticulous attention to accuracy and acknowledgment, Adoption 101 is ‘a portrait of adoption from the back door’. …It may be distressing for adoptive parents, but it should be compulsory reading for every would-be adoptive parent, and for everyone concerned for the welfare of children.” ~Lorraine Crobcraft
————————————————-
“As an international adoptee herself, Myung Ja recounts her story of trying to trace her birth parents in South Korea. The more she researched, the more she began to question everything she knew about adoption. She relates how unsuspecting parents are duped to believe that their children will have a better life overseas; others are not even aware what the whole process of adoption involves specifically. She also presents profound research on adoption from the 17th century to the 21st century, across the European, American, Asian and African continents. She notes, “For every family created by adoption, another family is forever torn apart.”  ~Edith Wairimu
————————————————

“Starting with the history of adoption from foreign countries–a phenomenon that started 400 years ago–Janine explains how it crystallized into a lucrative business, enriching a select few while plunging the lives of many children into pain and uncertainty. She clearly documents the lies, the machinations, and the conditioning that the adopted suffer. …Janine Myung Ja’s book is well researched, beautifully written and filled with compassion. The tone is strong and the voice compelling and firm.”  ~Divine Zape