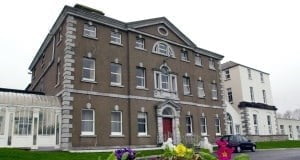 The revelation is contained in a business plan prepared by principal social worker in the South Lee region, Pat O’Dwyer, in 2011 in preparation for the HSE’s takeover of about 15,500 adoption files from the Sisters of the Sacred Hearts of Jesus and Mary Order which ran the Bessborough, Sean Ross Abbey, and Castlepollard Mother and Baby Homes.

Mr O’Dwyer pointed out that the natural mothers and adopted people had been “badly treated, rebuffed, misled, and in many cases dishonestly misdirected” when seeking information.

“The reality is the intercountry and other groups get a priority service over them. This group within the Bessborough group, from my recent direct experience, have been treated badly, rebuffed, misled, and in many cases dishonestly misdirected.”

“It is my view that they now deserve some respect, support, and to be given a quality social work service, so that they can end their days having had their needs met like our own HSE clients. Is this too much to ask in this climate for this client group?” he said.

The plan, released under freedom of information, also reveals concerns that the HSE did not have sufficient staff or resources to deal with the volume of tracing requests it was receiving on foot of the transfer.

“These Bessborough files contain both American, UK, and Australian adoptions, often with poor or no information given to them about their quasi-illegal deportation and adoption abroad, so they are seeking a tracing/information service. Many who contact our service are extremely angry and frustrated, and if no service is to be provided to them, this will obviously escalate both privately and publicly.”

Mr O’Dwyer points out that it was inevitable that “adverse PR and publicity” would arise unless a “substantive staffing and resource input” was provided. He said that the view of the Department of Health and HSE management that two whole time equivalent posts had been allocated to deal with transfer of files “could not be further from the truth”.

Mr O’Dwyer concluded by pointing out that, although the HSE was taking possession of the files, the reality was that it could not offer “any real and quality service” to the thousands of natural mothers and adopted people that would contact it seeking information.

“Yes, the files are coming, hopefully they will be separated to their relevant geographic patch,” he said.

“We will restructure our local service to provide a skeletal service to the new files, with great difficulty, which will not make their users very happy. The public media will inevitably take this on board, as is already happening.

“It will be really difficult to give any real and quality service to these new clients, which is very sad. The reality is that we will take their calls with difficulty, and then in the main, put them on an extended waiting list, unless the case is of high urgency.”

In a statement, the Sisters of the Sacred Hearts of Jesus and Mary said it was dealing directly with the Commission of Investigation into Mother and Baby Homes’ on all matters and that it would not be appropriate to enter into communication, other than with the commission at this time.