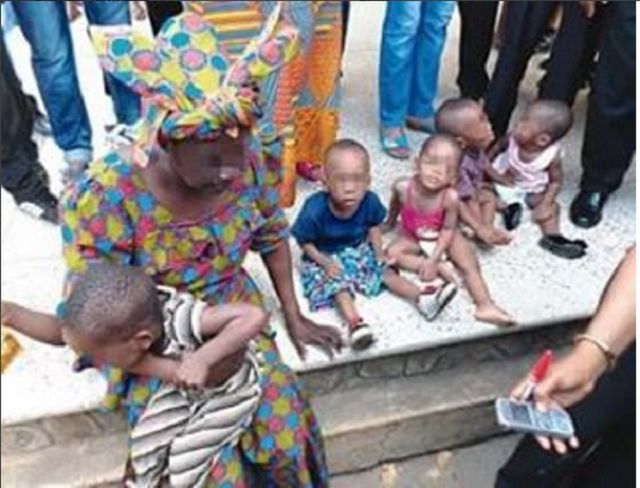 A 60-year-old grandmother, Asabi Adebayo, has told the Oyo State Police Command that she had a thriving baby trafficking ring where she allegedly bought five babies for the whopping sum of N5 million, at N1 million per baby, with the sole purpose of taking the babies to the United State of America, for sale.

Adebayo who added that she had lived a large part of her life in the USA, said she bought the babies from a child trafficker based in Port Harcourt, Rivers State.

The suspect, after buying the babies, brought them to an orphanage in Ibadan, and was in the process of obtaining a certified police report for them in preparation for moving them abroad before she was nabbed.

Parading Adebayo at the state police headquarters at Eleyele, Ibadan, the Commissioner of Police, Leye Oyebade, said the woman would have escaped if not for the patriotic effort of the officials of the orphanage who reported the matter at the Iyaganku Police Station.