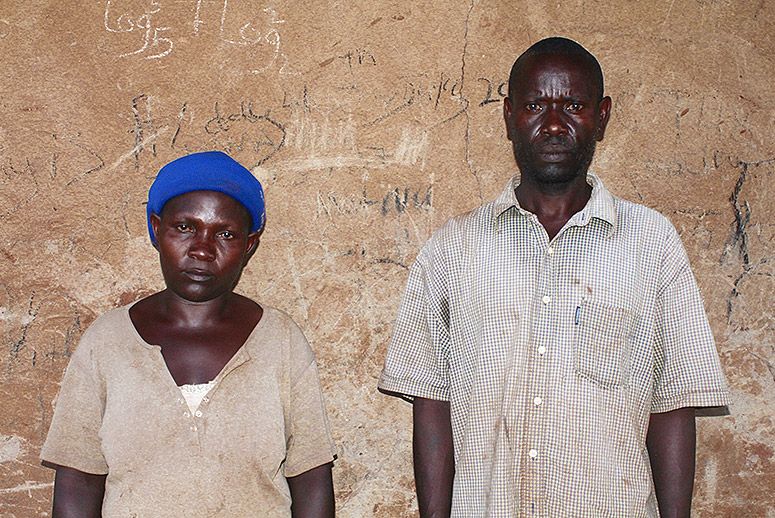 Government officials say sometimes parents are told their children will get an education abroad, but the youths are being adopted through shady agencies.

KAMPALA, Uganda—When impoverished mother Nakiwala Hasifa signed legal guardianship papers to let a Christian pair from Mississippi have custody of her five-year-old son, Stuart Bukenya, in 2009, she thought she would hear from him regularly and that he would return home every two years.

“[But] the truth is we did not understand everything in the documents we signed,” Hasifa, who has not seen her son since, told Ugandan broadcaster NTV Uganda in 2013.

Once Stuart was in the U.S., his American adoptive parents, who said they were told the child’s father, Festo Matovu, was dead, applied for and were granted adoption of the youngster. However, Stuart’s Ugandan family, who admitted to colluding with other relatives to forge a death certificate needed to secure the legal guardianship, said they wanted their son back, only to be told by the adoptive parents that they now had “parental rights.” The child remains in the U.S., with his new family insisting he’s being looked after, despite his biological family airing frustration that they cannot have contact with him.

This is just one of the messy and heartbreaking international adoption stories to come out of Uganda, where a bill was passed earlier this month to crack down on foreigners using the legal guardianship loophole to adopt, according to the country’s parliamentary website. It has not yet been signed into law by the president.

Parliamentarian Alice Alaso, who made the proposal to restrict legal guardianship to Ugandans, claimed foreigners had been circumventing laws, allowing them to obtain custody of Ugandan children within days, travel overseas, and then adopt them in the U.S.

“[The law] was becoming a window for trafficking,” she told Take Part.

There were 180 legal guardianship cases in 2009 and 293 in 2012, according to statistics from the East African country’s high court. A report by Uganda’s auditor general raised alarm about the international adoption industry in 2014, with some child rights activists saying then that the legal guardianship loophole needed to be closed.

“There is no assurance that [children’s] fundamental rights have been respected and thus abduction, sale, or trafficking of children cannot be ruled out,” auditor general John Muwanga said in the report.

James Kaboggoza, Uganda’s assistant commissioner for children affairs, said that in some adoption cases, lawyers and probation officers had been bribed. According to reports, lawyers working on adoptions can earn up to $15,000 per case.

Liberia, Ethiopia, and more recently Uganda and neighboring Democratic Republic of Congo have all become “adoption hot spots” for powerful U.S. Christian adoption agencies, according to Kathryn Joyce, author of The Child Catchers: Rescue, Trafficking and the New Gospel of Adoption. “In all of these countries there have been reports of problems,” she said.

In Liberia and other parts of West Africa, Joyce said, a “troubling number of adoptions to U.S. evangelical families ended poorly,” as families embarked on the process without understanding adoptees’ traumatic past and the care they required.

In Ethiopia, like Uganda, there had been “numerous reports of children being recruited for adoption from impoverished families, sometimes families that had been led to believe the children were simply getting an education in the U.S. and would then return,” Joyce said.

According to UNICEF, at least 2 million Ugandan children have lost at least one parent, about half of them owing to HIV/AIDS.

Small World, a U.S. nonprofit that finds Christian parents for orphans in Uganda and other countries, expressed dismay about the new bill on its website.

“Please be in prayer for all those children, that a path is cleared for them to be united with their forever families and for all those adoptive families who are in process with Uganda, that they may have peace and clarity,” it said.

There is a movement afoot to push for domestic adoptions. Although Ugandans have had a history of looking after relatives’ children, many do not understand that adoption is a formal process. (There is no word for adoption in local languages.) But since 2011, the government, through its Ugandans Adopt campaign, has been responsible for nearly 60 successful domestic adoptions and reuniting other abandoned children with biological family, including extended family.

“We have more than enough people to take care of these children. We just need to raise awareness of Ugandans taking responsibility,” said Stella Ayo-Odongo, executive director of Uganda Child Rights NGO Network. She said the country doesn’t have an orphan crisis—that’s a perception often fueled by orphanages and others profiting from intercountry adoptions. She added that international adoption should be a last resort.

Detractors of the new bill, including parliamentarian Barnabas Tinkasimire, say there is little evidence of trafficking. Tinkasimire also praised the idea of interracial adoptions, saying international adoption “speaks volumes that mankind is not about color.”

Parliamentarian Fox Odoi added, “There are so many situations where many of these children are totally abandoned by their families with no chance of being helped by a national, and their only ray of hope is a foreigner who is willing to take them on.”

Source:  Fraud and Heartbreak Can Plague Adoptions From Africa

Article and photo by Amy Fallon