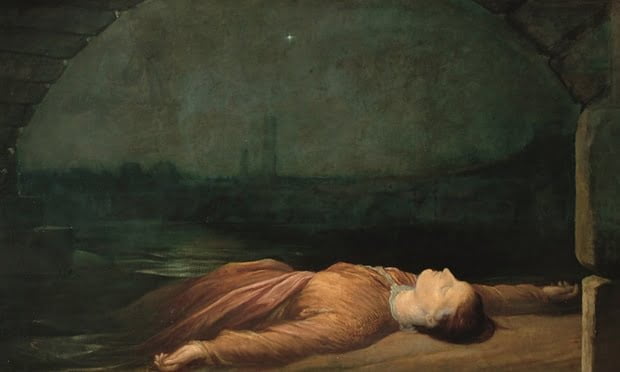 The trauma of separation from their babies faced by 19th century unmarried mothers is still raw in responses to the Foundling Museum’s forthcoming show.

Donations to fund an exhibition on unmarried women who were forced to give away their babies – dubbed “fallen women” in the 19th century – have been accompanied by poignant comments that show how deep the trauma still lies in many families, say organisers at the Foundling Museum.

The museum, which grew out of the first children’s charity in the UK and the art collection created to endow and promote it, had requested donations to fund the exhibition.

One woman wrote on the Art Fund’s Art Happens website: “I have donated a small amount (as I can afford) to this fund as it is dear to my heart. I had to give up a baby boy to adoption in 1972. I feel I have some affinity with these women.”

Another said: “My mother was made to give her first child up for adoption in the 1930s and carried her ‘secret and shame’ for almost 40 years. Thankfully society has changed and no longer blames the mother or stigmatizes her child.”

And from a single parent who kept her child: “The Foundling Museum was a profoundly moving place, allowing me to understand my place in history as a single parent. It is easier to engage with issues that have trickled down the generations. The Museum helps me see how many of today’s attitudes have deep roots. I am grateful for the opportunity to keep my child, but would like to see remaining stigma obliterated. I think the stories must be told and I applaud you for your work.””

Caro Howell, director of the museum, said they were both grateful and moved by the donations.

“We know already that this museum touches people very deeply. We have many experiences of visitors to the museum confiding to staff, without prompting, unbelievably personal stories. The staff and volunteers are very used to finding people in tears in the building. But the comments left with these donations seemed different, as if these were things people were waiting to say in public, and felt they needed to say. We all find it very moving.”

The museum displays its paintings alongside pathetic scraps of cloth, buttons and little coins, the tokens the mothers left with their babies in the desperate hope that one day they could afford to identify and claim them.

Howell said her previous jobs at the Tate and Whitechapel galleries, were all about the art. “Here it’s all about the stories. I have been moved to tears myself, sometimes quite unexpectedly while showing people around.”

All the comments have come from women. Another wrote: “This is very dear to me as not only did I grow up around the corner from the museum and play in Coram’s Fields as a child, but I have also recently discovered a foundling in my family tree, albeit from another country. .”
Advertisement

In fact, with 10 days to go, the appeal has already raised 80% of its £23,000 target, and Howell is confident of raising the full sum for the museum’s most expensive exhibition to date, with many loans coming from overseas.

The Foundling Hospital was created when Thomas Coram, a wealthy retired sea captain and philanthropist, literally stumbled upon a baby abandoned in a gutter. He recruited all his artistic and society friends to help, including Handel who conducted an annual benefit recital of his Messiah, and Hogarth who brought in many other artists, making the charity a highly fashionable cause. The old headquarters reopened as a museum in 2004, while the Coram charity continues its work with children and families.

The new exhibition, curated by Lynda Nead, professor of art history at Birkbeck College, looks at the Foundling’s archive of detailed interviews from the 19th century period when the charity changed its policy and, instead of any mothers in need, took only illegitimate children of women judged previously of good character.

Nead says the new policy coincided exactly with the Victorian obsession with regulating sexuality and distinguishing the morally pure from the fallen. She regards The Outcast as a key work: the 1851 painting by Richard Redgrave shows a woman and her tiny baby being thrown out of the family home by her father.

The exhibition, opening in September, will have rare loans including Deserted, an oil sketch of a now vanished work by the Victorian artist Frank Holl, which has only been exhibited twice since he painted it in 1874. Vincent Van Gogh greatly admired the work, claimed by the artist as based on personally witnessing the scene at Bankside in London, where a policeman took up a carefully wrapped up abandoned baby, while the mother cowered by the river bank contemplating suicide.