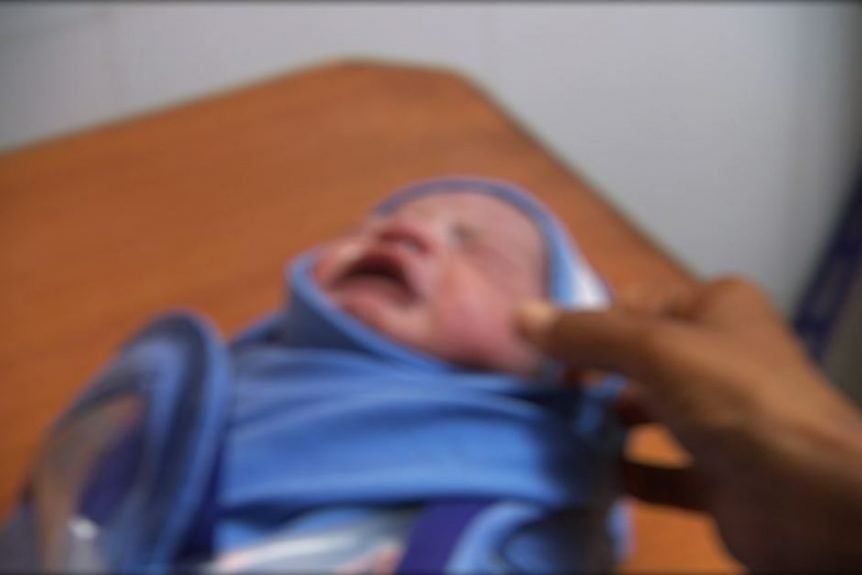 Last year German based adoption-activist Arun Dohle was handed a file of a young Australian woman who wanted to find her birth family in India.

Years of searching had proved fruitless up until then.

Mr Dohle sent the brief to his Indian colleague Anjali Pawar. With scant details, just the name of the village and the birth date, Ms Pawar hit the phones and managed to locate the woman’s birth mother in just 10 hours.

Mr Dohle and Ms Pawar, of the Europe-based NGO Against Child Trafficking (ACT), have long been involved with child protection and adoption issues.

They are highly regarded for their abilities to search for and locate Indian birth families.

After working on almost 50 such cases, often with limited information, they have built up a solid network of trusted contacts in government agencies and at the community level.

In a country as bureaucratically dense as India, they regularly manage to do the seemingly impossible: locate women who lost or gave up children decades ago.

At the same time, ACT is a strident voice, aiming to shut down inter-country adoption, arguing it almost always amounts to child trafficking.

At a time when Australia’s Deborah Lee Furness’ Adopt Change movement is gaining traction in its quest to make foreign adoptions easier and quicker, the debate is heating up in India.

“What is the definition of human trafficking? When there is an exchange of money for a human body, this is trafficking,” Ms Pawar said.

Just last month, Ms Pawar attended an Indian Supreme Court hearing to advance a petition she filed in 2012, calling for a moratorium on inter-country adoption until a comprehensive investigation could be held into trafficking.

The latest court hearing came just weeks after Indian authorities announced they had streamlined regulations for adopting children for both domestic and foreign adoptive parents.

Support for inter-country adoption appears to have taken on a religious fervour. But in a world where families are targeted by recruiters and children are bought and stolen, reunification and in-country options must be considered first. Patricia Fronek writes.

Foreigners charged $US5,000 for adoption

Under the new Central Adoption Resource Authority (CARA) guidelines, it will cost Indian couples 46,000rs, the equivalent of $980, to adopt a child.

Foreigners will be charged $US5,000. There are reports that some Indian orphanages and agencies are asking for big bribes as well.

And adoption agencies in other countries charge far more.

“We have heard of some adoption agencies operating in some foreign countries charging as much as $30,000 to 40,000,” Ms Pawar said.

“When there is money involved, it becomes a business and children become commodities.

“My concern is, from where were these children sourced? In which way were they sourced? From which place do they come from?

“They (adoption agencies) tend to target poor families in vulnerable situations, tell them their children were selected to go abroad.”

In some cases, she said, parents send their children to low-cost boarding schools and adoption agencies take them from there.

Foreign adoption should be last resort in India: Arun Dohle

Mr Dohle said under the provisions of the United Nations Convention on the Rights of the Child, inter-country adoption should be viewed as a last option.

“We favor a rights-based approach in favor of children. Right now, everyone’s only talking about the rights of adoptive parents,” he said.

“No one has the automatic right to have children, to adopt.”

Mr Dohle and Ms Pawar attract criticism from the wider adoption community for their hardline stance.

Critics also point to the high fees they charge adoptees searching for birth parents. But the pair say the fees are necessary to cover travel and time costs.

Since 2007, Mr Dohle and Ms Pawar have worked for the biological parents of a girl who in 1998, aged two, was kidnapped while playing in an auto rickshaw in Chennai.

She was sold to an orphanage, from where she was adopted by a Brisbane family.

The biological family has now tracked her down, but her adoptive family is yet to agree to a reunion.

India has become more cautious in recent years. The annual number of adoptions by foreigners over the past four years has fallen from 628 to 374. Official figures indicate just seven Indian children were adopted by Australian families in 2013-14.

In July, India announced new guidelines, aimed at making adoptions faster and more transparent, with 15,000 to 20,000 children to be adopted each year.

The new rules see the application process shifted online, a centralised national waiting list and non-resident Indians have been placed on par with domestic adoptive parents. Authorities say they are also cracking down on illegal adoptions and unauthorised agencies.

But the existence of a separate legal code for Hindus has complicated matters. Under the Hindu Adoption and Maintenance Act (HAMA), children can be adopted privately between Hindus, Sikhs, Buddhists and Jains. Records of these adoptions are not held by CARA.

The surrogate-born child of Australian parents, who was at the centre of the recent Foreign Correspondent story About A Boy, was adopted under HAMA laws, making him virtually impossible to trace.

For its part, CARA said it was more open and transparent, but the organisation’s secretary, Veerendra Mishra, was reluctant to be interviewed.

When asked where the $US5,000 fee the organisation charges foreigners goes, he refused to answer.

“If anyone has any problem, please call me or email me, and we will take it seriously,” Mr Mishra said, before hanging up.

Meanwhile UNICEF’s Amy Lamoin said there was also some disagreement in international circles about what actually constituted trafficking.

“The Hague Convention acknowledges that trafficking can result from or be linked to adoptive processes,” she said.

“However the Trafficking Protocol doesn’t necessarily agree that kidnapping or buying or selling a child for the purposes of their on-adoption constitutes trafficking. Post adoption the child may not be exploited, which is a core element of the trafficking cycle.”