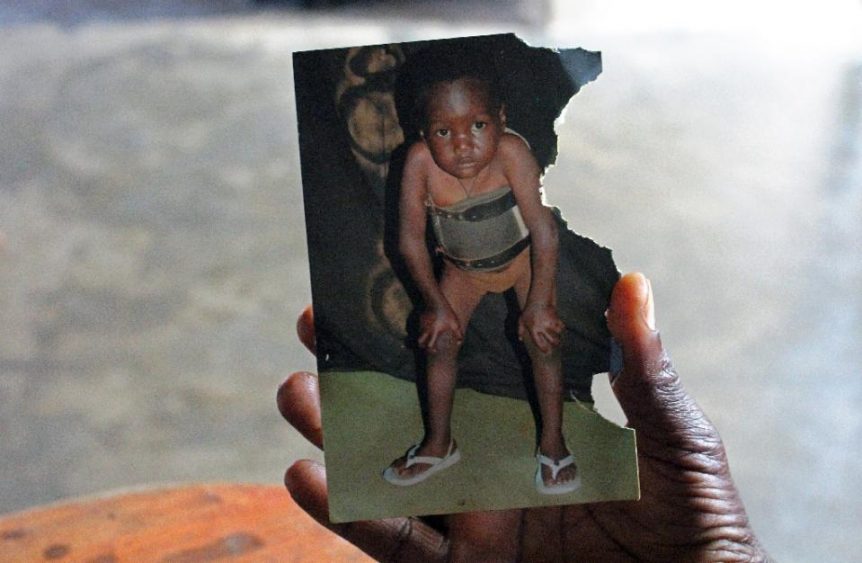 Mpigi (Uganda) (AFP) – When Agatha Namusisi, 64, let her grandson leave Uganda for medical treatment abroad, she assumed he would return, but more than a year later she says he has disappeared.

“They are nowhere to be seen,” Namusisi said of the seven-year-old boy and his Ugandan carer who travelled together to the United States in May last year, after an Arizona-based Christian charity arranged for surgery to correct his crippling spinal deformity.

The case is just one example of international adoption gone wrong through misunderstanding, negligence or even criminality, a trend that has Ugandan lawmakers worried, with a 400 percent increase in orphans going to the US alone between 2006 and 2013.

African Children’s Charities (ACC) paid for Namusisi’s grandson, Mohammad Luwasi, to travel to the US and receive pro bono surgery after reading a newspaper report about his plight.

Believing him to be an orphan, on the basis of allegedly false documents, the charity took custody of the boy and, according to Dickson Ogwang at the Ugandan embassy in Washington, plans to have him adopted there.

A series of unfortunate events led to Luwasi’s predicament. After his wife died Ssemata couldn’t afford to look after his disabled son, so took him to live with Namusisi, the grandmother. She too was poverty-stricken, so when a charity offered to pay for his treatment, she seized the chance.

Now father and grandmother fear he may never return.

“I signed papers I could not read, but I knew they were to help get this boy from here to America for treatment,” said Namusisi.

In Uganda, there is no word for “adoption” in the Western sense, implying permanence. Rather, sending children abroad is seen as similar to enrolling them at boarding school or an apprenticeship.

In May, Uganda’s parliament debated the “dubious circumstances” in which “hundreds” of children leave the country despite an estimated 80 percent of so-called orphans having living relatives and the existence of a domestic adoption program.

Isha Ssemata, the father of Ugandan boy Mohammad Luwasi, who Ugandan authorities claim has been trafficked to the US, poses at his home in Uganda’s Sonde village with his other children Latifa and Rahmah (AFP Photo/Amy Fallon)

A government report is soon to be published into alleged corruption and deception in international adoptions.

The government has signaled its intent to close a legal loophole enabling foreigners to adopt while legislators warn that some cases “border on trafficking”, a term used by a number of officials to describe Luwasi’s case.

ACC President Vikki Kattman denies trafficking Luwasi — whom she called “Lewis” — and said there was no intention to put him up for adoption.

“We will legally return Lewis to Uganda when it is appropriate,” Kattman said, declining to specify a timeframe. ACC insists it operates legally in Uganda, a claim dismissed by Moses Binoga, head of the country’s anti-trafficking task force.

Luwasi’s case is due in court in Kampala, where Ugandan officials will argue for the boy to be returned to Uganda.

James Kabogozza, assistant commissioner for youth and children in the ministry of gender, said international adoption had become a business with “lawyers, children’s homes, even adoption agencies,” all benefiting.

Kabogozza argued that local adoption should always be the first option.

Others blame prospective parents for “blindly believing” adoption agency claims that the children are orphans.

In failing to properly scrutinize such agencies, “Americans adopting from Uganda are now complicit in corruption and unethical practices” said one children’s rights activist.