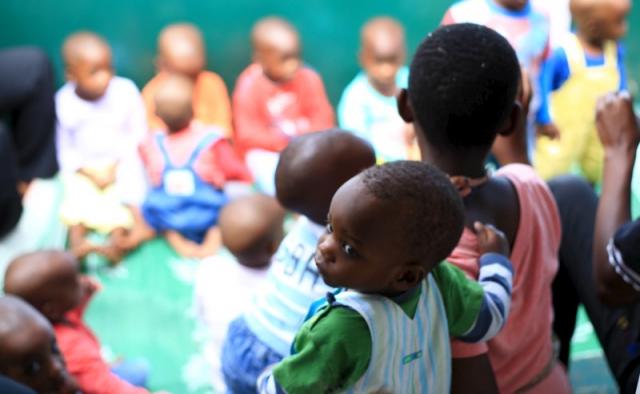 KAMPALA (Thomson Reuters Foundation) – Child rights campaigners in Uganda have welcomed a new law that restricts fast-track foreign adoptions in which children – often with living parents – can be whisked overseas in a matter of days.

Lawmakers passed a bill this week that requires foreigners seeking to adopt children to live in the east African country continuously for at least one year before applying and bars them from the quicker route of claiming legal guardianship.

“This ends the long wait for a proper legal regime that addresses the welfare and rights of our children,” said member of parliament Bernard Atiku, who initiated the bill.

Hundreds of Ugandan children have been adopted in recent years by foreigners, mainly Americans, some of whom have sidestepped restrictions by winning guardianship within days and then completing the adoption process back home.

Atiku said several children had been trafficked out of the country with no mechanism in place to trace where they end up or who they end up with.

“Foreigners have been manipulating the guardianship provision to take children out of the country,” he said.

A Thomson Reuters Foundation investigation in May 2015 revealed widespread corruption in Uganda’s intercountry adoption process with Ugandan parents bribed, tricked or coerced into giving up their children to U.S. citizens and other foreigners.

Demand for children had fueled trafficking rackets and a mushrooming network of unregistered childcare institutions through which children were primed for adoption.

Officially, Uganda’s 1997 adoption law requires prospective adoptive parents to spend three years in Uganda fostering a child before filing a case, but it has not been enforced.

Wednesday’s bill states that inter-country adoption will only be permitted in cases where the child has no known relatives, legal guardians or foster parents, Atiku said.

Data from the U.S. State Department shows that the number of Ugandan children adopted by Americans more than tripled between 2010 and 2013, with 201 adopted in 2014.

According to a report by the Ugandan government and the United Nations, four out of five children had at least one living biological parent.

Two-thirds of 100 applicants, most of them foreign, seeking to win parental rights over a child between 2006 and 2013 sought legal guardianship rather than adoption, the report shows, because of its relative ease and speed.

In most cases, there was no pre-adoption fostering, and poor parents were sometimes offered financial inducements to give up their children.

“The financial incentives underlying the ‘facilitation’ of legal guardianship and adoption processes coupled with the demand for children from the developing countries has fueled child trafficking,” the report said.

The new legislation demands that applicants must not have a criminal record, must be recommended as a guardian by a welfare officer in their home country and must not have promised money or any other reward to facilitate their case.

The faster route of claiming legal guardianship will only be available to Ugandan citizens, according to the parliament website.

“This is the best gift parliament can give the children of Uganda,” said child rights campaigner, Stella Ayo-Odongo, who heads the Uganda Child Rights NGO Network.

“Those intending to adopt children from Uganda must now follow the proper adoption process and not use shortcuts.”

But opponents said that the legislation risked limiting prospects for Ugandan children.

“There are so many situations where many of these children are totally abandoned,” said independent member of parliament Fox Odoi. “And their only ray of hope is a foreigner who is willing to take them on,” he was quoted as saying on the parliament website.

The bill is expected to be signed into law by Uganda’s president, Yoweri Museveni, within weeks, Atiku said.

Front Featured Photo:  Abandoned children are seen during a group singing session at a home in Uganda’s capital Kampala